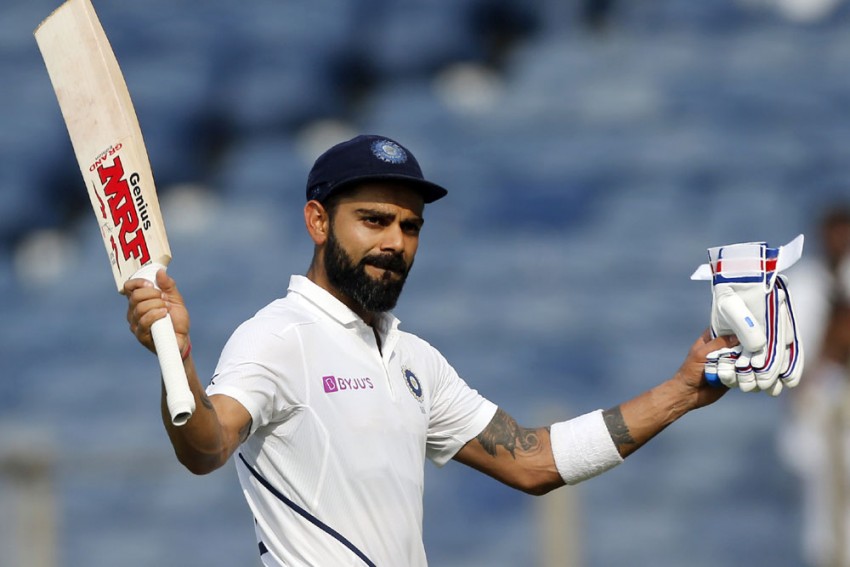 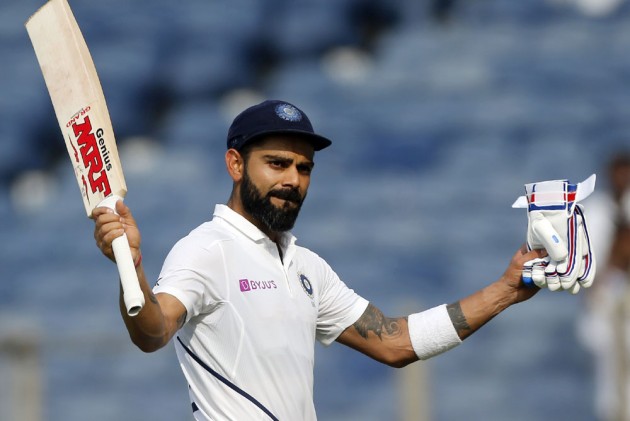 Virat Kohli hit a brilliant hundred in his first pink-ball match as India continue to dominate Bangladesh on Day 2 of the Day-Night Test at the iconic Eden Gardens, Kolkata.

The skipper reached the landmark with a double, in 159 balls. This was his 27th Test hundred.

This is also his 41st International century as captain, joining Ricky Ponting at the top of the chart. And 20th ton as the skipper of the side.

And here's the list of India's first hundreds in -

On Friday, he had become the first Indian and world's fastest to register 5000 runs as the Test skipper.

Earlier in the day, his deputy Ajinkya Rahane also brought up a fourth-successive half-century. But he was sent back to the pavilion by Taijul Islam after playing a knock of 51 runs.

Before the start of day two, chess players Viswanathan Anand and Magnus Carlsen rung the bell at Eden Gardens to kick start the proceedings.

Second day's play resumed with India on 174/3 after bundling out Bangladesh for 106 in the first innings. Ishant Sharma had picked up five wickets for the hosts on day one.