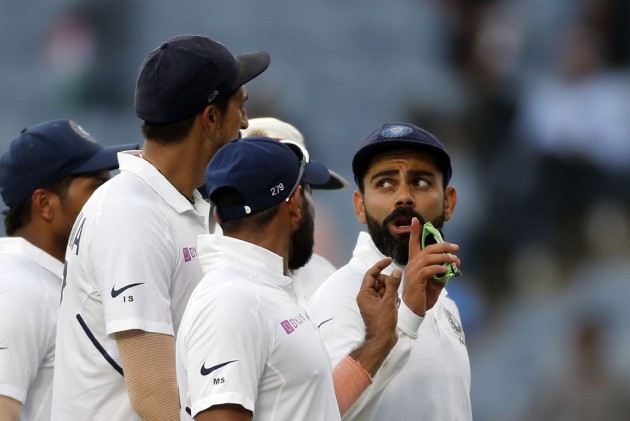 The historic Day-Night Test at the iconic Eden Gardens, Kolkata ended with India registering yet another thumping win over Bangladesh on Sunday. A relentless India, led by Virat Kohli, wrapped up the match inside three days.

The innings and 46-run victory in the lop-sided contest meant that India became the first team to register four consecutive Tests wins by an innings margin. This was also India's seventh consecutive test win and 12th on the trot at home. Under Kohli, India have won 11 matches by innings, two more than MS Dhoni.

India's wins in the two home series have been made a lot easier by the brilliance of their pacers. In the Kolkata match, pacers claimed 19 wickets, with injured Mahmudullah not coming out to bat again after pulling his hamstring on Day 2. This is the best performance by Indian pacers in a home Test match. Previous best was 17 against Sri Lanka at the same venue in 2017-18.

It meant that Indian spinners have gone wicketless in a home Test for only the second time. The previous instance was that Lanka match.

Here's the list of top-five best performances by Indian pacers in a home Test:

But their overall record is 20 against South Africa at Johannesburg in 2017-18.

The victory helped Kohli overtake Australia legend Allan Border in the most Test wins' list. Kohli now has 33, and is fifth behind Graeme Smith (53), Ricky Ponting (48), Steve Smith (41) and Clive Lloyd (36) -- all legends of the game.

Kohli already is the most successful Indian Test captain.