Mohammed Shami conceded 43 runs in 3.5 overs against Pakistan in their T20 World Cup 2021 encounter in Dubai. Formers like RP Singh, Virender Sehwag and others have come in support of him. 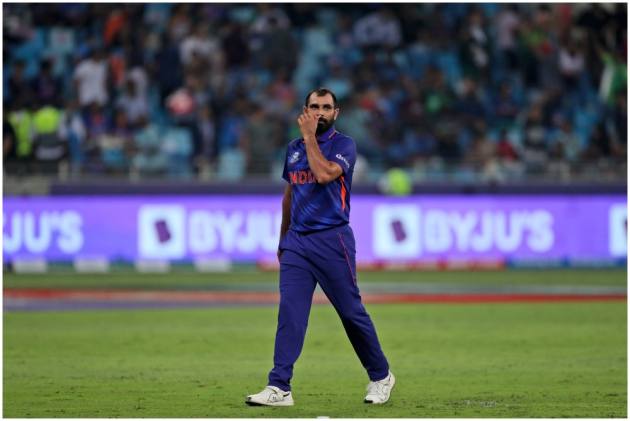 Former opener Virender Sehwag on Monday extended his support to India pacer Mohammad Shami who was subjected to a fierce online attack after the country’s cricket team lost to Pakistan for the first time in World Cup history.

India lost their T20 World Cup 2021 Super 12 opener by 10 wickets on Sunday. Shami was the most expensive bowler for India on the night, leaking 43 runs in 3.5 overs.

“The online attack on Mohammad Shami is shocking and we stand by him. He is a champion and anyone who wears the India cap has India in their hearts far more than any online mob. With you Shami. Agle match mein dikado jalwa,” tweeted former India opener Sehwag.

Shami has been one of India’s best fast bowlers in recent times and has performed well over the last five years. The trollers on social media linked his ordinary performance on Sunday night to his religion which did not go down well with fellow netizens.

The online attack on Mohammad Shami is shocking and we stand by him. He is a champion and Anyone who wears the India cap has India in their hearts far more than any online mob. With you Shami. Agle match mein dikado jalwa.

"We love you @MdShami11," wrote Harbhajan on Twitter. Chahal added: "We are so proud of you @MdShami11 bhaiya." Former India pacer R P Singh tweeted: "@MdShami1 is an Indian cricketer and we are proud of him. To target him after the loss against Pak is pathetic."

"Even I was part of #IndvsPak battles on the field where we have lost but never been told to go to Pakistan! I'm talking about Flag of India of few years back. THIS CRAP NEEDS TO STOP. #Shami," he posted.

When we support #TeamIndia, we support every person who represents Team India. @MdShami11 is a committed, world-class bowler. He had an off day like any other sportsperson can have.

I stand behind Shami & Team India.