If People Think I Don’t Respect Sourav Ganguly, To Hell With Them: Ravi Shastra Slams Reports Of Rift With BCCI Boss

Ravi Shastri, praising Sourav Ganguly for taking over Indian cricket at the most trouble times, said he has the utmost respect for the BCCI president 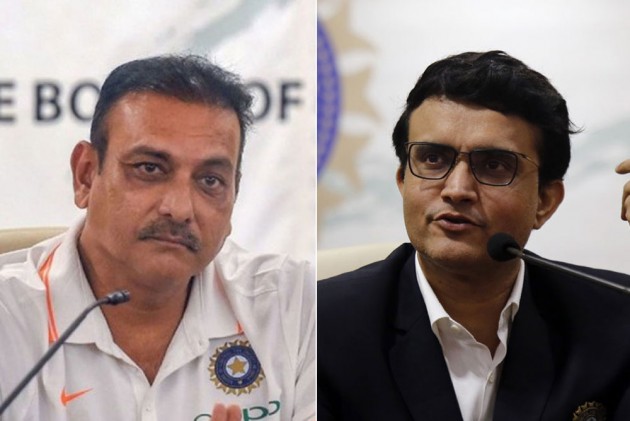 Indian national cricket team head coach Ravi Shastri has dismissed the reported rift with the president of the Board of Control for Cricket in India (BCCI) as ‘brilliant chaat and bhel puri for the media’. (More Cricket News)

Since their public fallout in 2016 during the selection process of the Indian team's head coach, reports of a rift between the two former captains have been doing the rounds for quite some time.

But Shastri, praising Ganguly for taking over Indian cricket at the most trouble times, said he has the utmost respect for the BCCI president.

Ganguly was made the captain of the Indian team in 2000 after Mohammad Azharuddin's ouster from the team following the match-fixing scandal that rocked the cricketing world.

"He [Ganguly] took over Indian cricket at the most troubled times. You needed the faith of the people to come back. What he has done as a cricketer... I have the utmost respect. If people think I don't respect that, to hell with them. As far as the Sourav-Shastri game that goes, that's brilliant chaat and bhel puri for the media," Ravi Shastri said in the latest episode of India Today Inspiration.

Earlier, when asked about conjecture that he has an axe to grind with Shastri, Ganguly had said that "that’s why it is speculation. I don't have an answer to it [speculations]. It's pretty simple. It's about performance. You perform, you continue or else somebody else would take over. It's a simple formula."

In 2016, when Shastri reapplied for head coach's job and the Cricket Advisory Committee (CAC), comprising of Ganguly, Sachin Tendulkar and VVS Laxman, selected Anil Kumble for the position.

The following year, Shastri got back the job after Kumble resigned following his much-publicised difference of opinion with skipper Virat Kohli.