Bangladesh and Ireland are yet to qualify for the tournament proper of the ICC T20 World Cup. They will compete in the preliminary First Round. 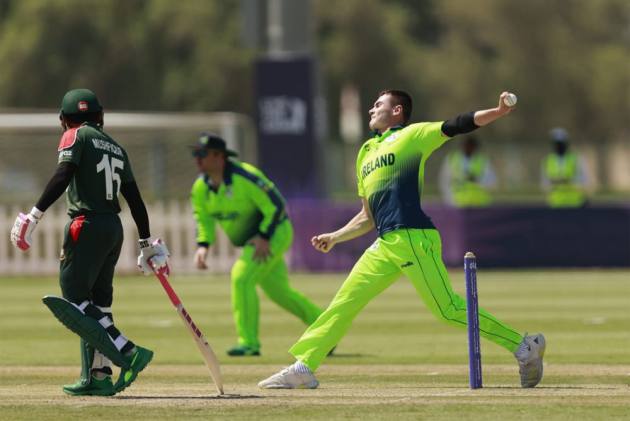 Taskin Ahmed took a brace while Nasum Ahmed got one wicket for Bangladesh.

Mark Adair then took three wickets for 33 runs as Ireland dismissed Bangladesh for 144 runs to register a comfortable 33-run victory. Craig Young and Josh Little took a couple of wickets each.

For Bangladesh, Nurul Hasan (38 off 24) was the top scorer. He and Soumya Sarkar (37 off 30) did try to revive the chase but it never materliased as other batters failed to support the duo.

Ireland defeated Papua New Guinea in their first warm-up match by eight wickets. Bangladesh, who had defeated visiting Australia and New Zealand at home, lost both their warm-up matches. On Tuesday, they suffered a four-wicket defeat against Sri Lanka.

Both Bangladesh and Ireland are yet to qualify for the tournament proper of the ICC T20 World Cup. They will compete in the preliminary First Round.

Ireland in Group A along with Namibia, the Netherlands and Sri Lanka. Sri Lanka are in Group B along with Oman, Papua New Guinea and Scotland.