While the BCCI asked the ICC to allow MS Dhoni to continue sporting the regimental dagger insignia, the game's governing body rejected the plea, saying that the regulations for events didn't permit any individual message and that the logo also breached the regulations in relation to what was permitted on wicketkeeping gloves 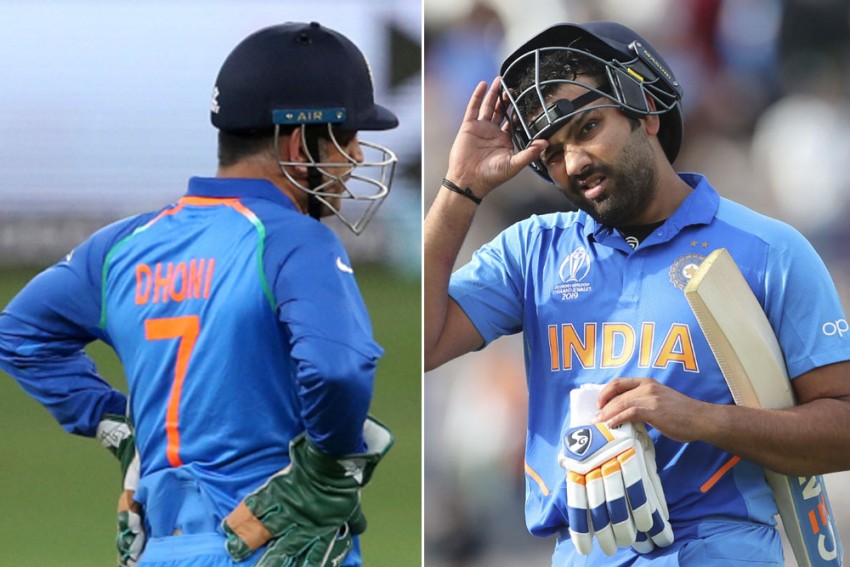 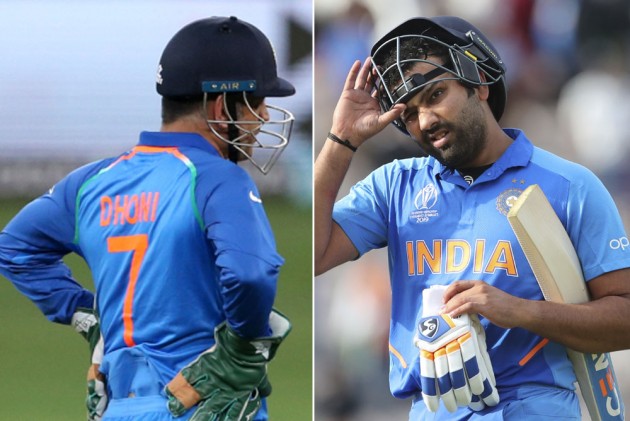 India vice-captain Rohit Sharma on Saturday refused to comment on the MS Dhoni gloves controversy, saying it will be for everyone to see whether the former captain will sport the regimental dagger insignia on his keeping gloves during India's ICC Cricket World Cup 2019 clash against Australia at The Oval, London.

"I don't know what is happening with that (the gloves controversy), I have nothing to say. Maybe you'll see tomorrow," Rohit told reporters on the eve of India's World Cup clash against defending champions Australia.

India's opening game in the ongoing World Cup against South Africa on Wednesday saw Dhoni once again profess his love for the security forces after he was spotted with the regimental dagger insignia of the Indian Para Special Forces on his wicketkeeping gloves.

The Army insignia was spotted on Dhoni's gloves as television replays showed him stumping Andile Phehlukwayo in the 40th over of the innings bowled by Yuzvendra Chahal.

While the BCCI asked the ICC to allow Dhoni to continue sporting the insignia, the game's governing body rejected the plea, saying that the regulations for ICC events didn't permit any individual message and that the logo also breached the regulations in relation to what was permitted on wicketkeeping gloves.

Talking about his match-winning 122 against South Africa in India's cup opener, Rohit said it was a special knock, one which he rated very highly.

"My 122 not out at Southampton was a very special hundred. One of my best. It wasn't an easy pitch and I had to be patient. It wasn't a typical innings from me. Not my best, but right up there," Rohit said.

Asked about breaking records at the World Cup, Rohit, who already has three ODI double centuries to his name, said: "Personally I don't look at getting past anyone's record. I have to get the job done for the team. That's what matters. Opening wasn't easy for me initially. The journey continues. I want to win maximum games for my country."

The senior batsman also backed K.L. Rahul who batted at No. 4 for India in the first match, settling the much-debated issue of who should bat in that position. While Rahul did not get as many runs as he would have liked, the right-hander forged a crucial partnership with Rohit.

"KL (Rahul) didn't get a lot of runs in the last game, but he looked good and helped me put on a big partnership. His 26 was as good as a 50. I have a lot of hope on him for the tournament," he said.