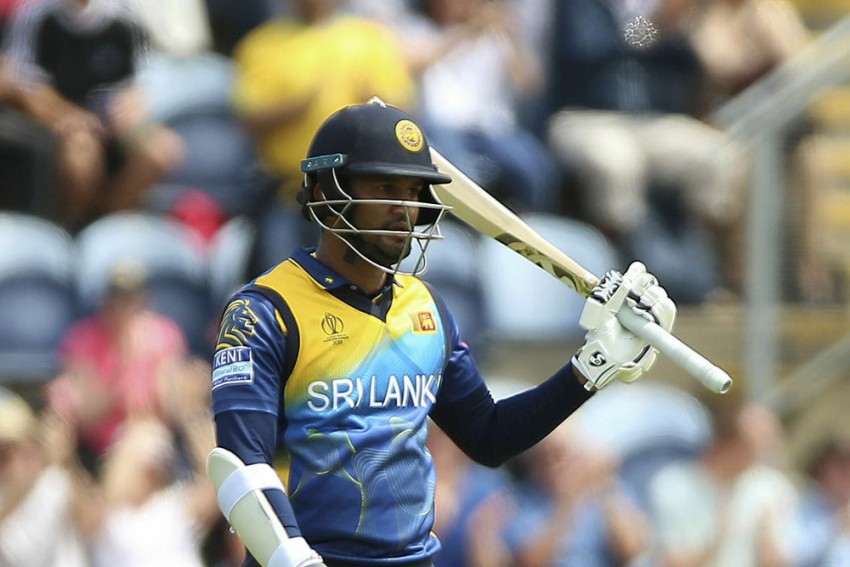 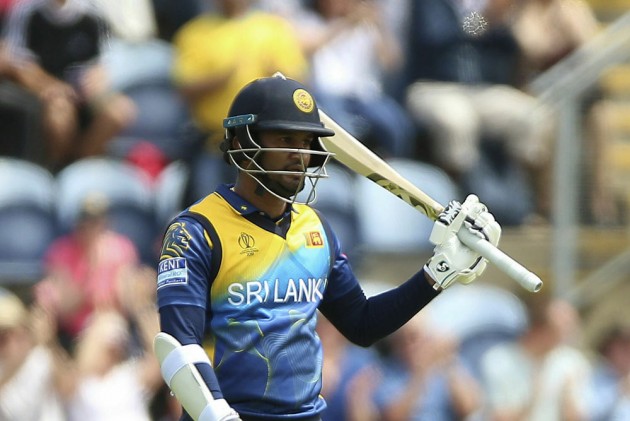 Sri Lanka captain Dimuth Karunaratne vowed his side will continue to fight until the end of their ICC Cricket World Cup campaign after their game against Pakistan was abandoned without a ball being bowled. (POINTS TABLE | SCHEDULE)

Both sides were coming into their third match with momentum on their side after bouncing back from disappointing defeats in their opening fixtures.

Sri Lanka suffered a thumping 10-wicket loss to New Zealand in Cardiff before holding their nerve on their return to the Welsh capital three days later to edge out Afghanistan by 34 runs.

That game saw Sri Lanka, the 1996 champions, set a revised target of just 187 after rain reduced the game to 41 overs per side.

And the weather intervened once again against Pakistan on Friday at the Bristol County Ground, where persistent rain forced the game to be called off before a ball had been bowled.

“We all came here to play cricket so it’s not good that we didn’t get to play,” said the Sri Lanka skipper. “We’re really disappointed as a team but we’ll look ahead to the next game.

“We won our last game against Afghanistan and while we may lose some matches along the way during the World Cup, we always give a lot of fight and that’s all we want.

“We want to compete with the other teams. We did really well against Afghanistan to get the win and I want us to take that confidence into the rest of the matches, starting with Bangladesh.”

The no-result in Bristol means the points were shared between the teams, pushing Sri Lanka and Pakistan into third and fourth place, respectively, in the table.

Pakistan will now turn their attention to a trip to Taunton to face reigning champions Australia, while Sri Lanka return to Bristol for a clash against Bangladesh.

The emphasis for Sri Lanka will be on reinforcing their batting line-up, having experienced two heavy collapses in their opening two games of this year’s tournament.

They were bowled out for just 136 against the Black Caps despite Karunaratne finishing unbeaten on 52, before crumbling from 144/1 to 201 all out against Afghanistan on the same pitch.

But Karunaratne believes his players will learn from their mistakes and come back even stronger in their remaining games.

“If we make a good start to the innings then we can keep that momentum going,” he said. “If you take the last couple of games, we couldn’t capitalise on the starts we made.

“We need those middle order contributions and I think that’s the key for us as a batting line-up. Other than that, I think as a group we’re doing really good.”