Liverpool were beset by injuries at the back during the 2020-21 season, but Ibrahima Konate is more than just additional cover 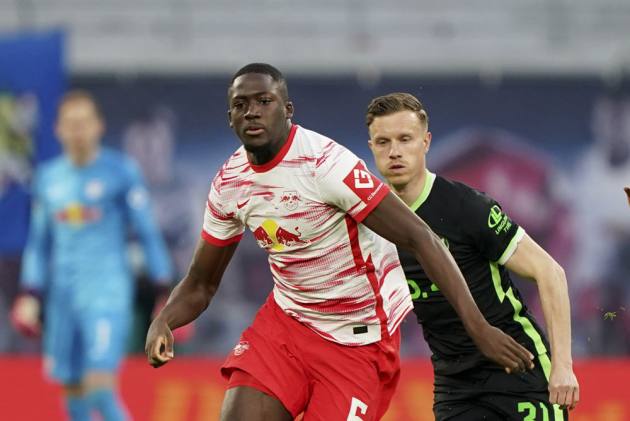 Jurgen Klopp believes Ibrahima Konate is a signing with "massive potential" as Liverpool aim to make sure they are not caught short at the back again, but what exactly can the club's fans expect from the new recruit? (More Football News)

The French defender's long-rumoured move to Anfield was confirmed by the Premier League club on Friday, an early deal done to bolster a defensive unit that was beset by injuries in recent months.

Indeed, in the 2020-21 season, Klopp used 16 different starting combinations at the heart of his defence in the Premier League. Midfielders Fabinho and Jordan Henderson were called upon at times to fill in for absent friends, with Virgil van Dijk, Joe Gomez and Joel Matip all long-term absentees.

Nathaniel Phillips and Rhys Williams formed an alliance to help solidify the situation for the critical run-in, but Liverpool are clearly not keen for history to be repeated in the future, having leaned heavily on two untested options.

If January additions Ozan Kabak and Ben Davies – who is still yet to play a minute of first-team football since arriving from Preston North End – were plasters hastily stuck to help cover a glaring issue, Konate is much more than a stopgap signed in case of an emergency.

The 22-year-old is a long-term investment who can make an immediate impact. For Klopp, he ticks all the boxes required to play the position in his Liverpool team.

"In Ibrahima we are signing a player who will add to the quality we already have here. His physical attributes are very impressive; he is quick, he is very strong and he is dominant in the air,” the German coach told Liverpoolfc.com.

"He comes to us after playing more than 90 times for Leipzig in the Bundesliga and European football. I'm sure that number would have been more but for some injury, but even so that means he already has experience of what it takes to compete in two outstandingly difficult competitions.

"He also played for a team in the Champions League in high-pressure matches, who have a similar football vision to ourselves.

"I am confident we are signing a player who can play for us right away, but he is a boy of 22 years of age who has room to improve because of his massive potential. I know that's something he is eager to work on with us to become an even better player."

Konate endured injury issues himself in his final campaign in German football, part of the reason why he was restricted to just eight Bundesliga starts.

Drop us a GIF to show us how you're feeling about this agreement pic.twitter.com/rccMrccRCI

However, when available and selected by Julian Nagelsmann, the former Sochaux product impressed. As Klopp pointed out, Konate was dominant in the air – he won 76 per cent of his aerial duels – and also averaged the highest number of clearances per 90 minutes for Leipzig, ahead of Bayern Munich-bound Dayot Upamecano.

Per Opta, of the 742 defenders to play at least 20 games in Europe's top-five leagues since the beginning of the 2019-20 season, only Bruno Alves at Parma (81 per cent) posted a better aerial duel success rate than Liverpool's latest addition (78 per cent).

His tackle success rate of 66.67 per cent sits right in line with those Klopp called upon at centre-back in a see-saw season, level with Gomez – such a key component of the title-winning team from 2019-20 – and well ahead of Kabak, whose future remains unclear having joined on loan from Schalke.

Crucially for a Klopp team, Konate has also demonstrated his skills when in possession too, averaging 13.4 progressive carries (which is when an individual carries the ball five or more metres upfield) and completing 86.1 per cent of his attempted passes. In a side expected to dominate during the majority of games they play, being comfortable on the ball is crucial.

Those abilities on the ball outlined by the numbers, married with the defensive aspects of his game, show why Konate could be an ideal fit at Liverpool.