The goalless draw in Kolkata meant that Churchill Brothers remained top of the I-League table, with Real Kashmir second with a game in hand 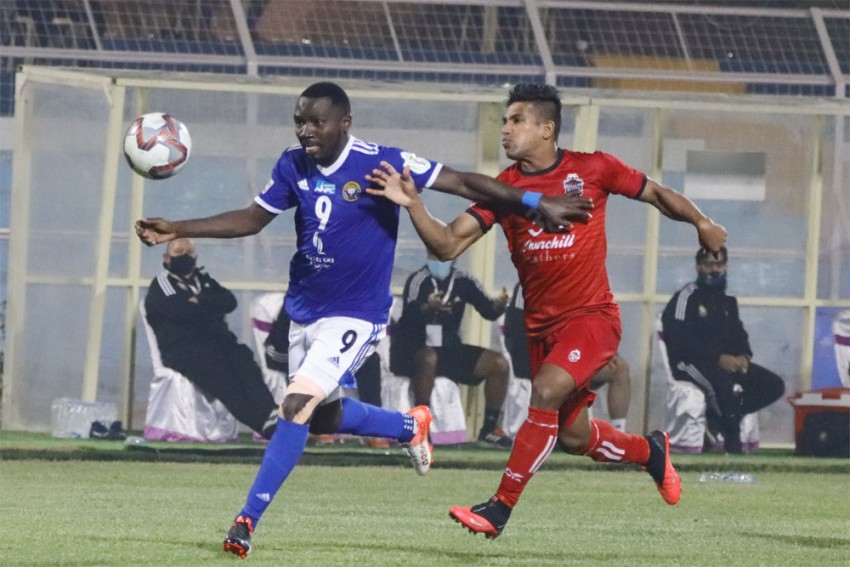 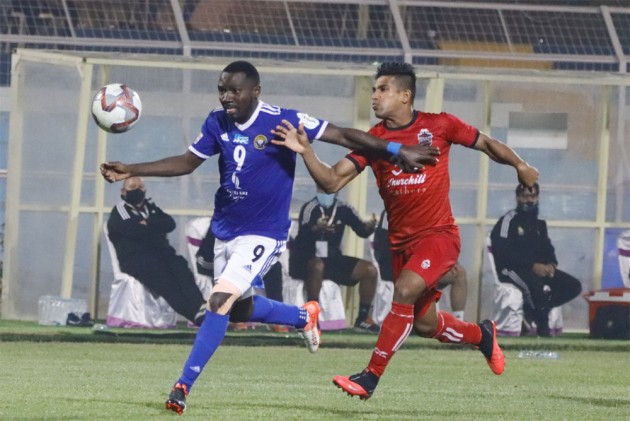 Table-toppers Churchill Brothers were held to their third successive draw in the Hero I-League 2020-21 after the Red Machines were stopped in their tracks by Real Kashmir FC in a goalless draw in Kolkata on Monday. (More Football News)

This was the first-ever official football game played at the Kishore Bharati Krirangan.

The top of the table clash was certainly embedded with fireworks right from kick-off as neither team held back in the opening minutes of the match.

Real Kashmir FC started strong and their direct, high-pressing style of play early on overwhelmed the Churchill Brothers’ defence. Lukman Adefemi had an opportunity in the fourth minute to head the ball towards goal but could not test the opposition custodian.

Churchill Brothers, playing second best to Real Kashmir for the first ten minutes, had their moments later and could have possibly gone in front, much against the run of play in the 12th minute.

A delightful counter-attack by the Red Machines saw Hafis Mohammadali run straight onto goal. With only the opposition custodian to beat, his shot earned a heroic save from Mithun Samanta as Real Kashmir survived the scare.

The chance seemed to boost the Red Machines’ confidence as the Fernando Varela-coached side used the flanks to conduct their attacks. In the 19th minute, Shubert Periera tried his luck from distance but could only shoot over the bar.

Although Real Kashmir had the majority of possession, the Snow Leopards lacked creativity up front and long balls in the box were easily cleared by the Red Machines’ defence line.

In the 32d minute, Shilton Paul was called into action when Farhan Ganai’s swirling shot on the turn, from distance, was kept out by him after Real Kashmir committed bodies in attack courtesy of a long Haroon Amiri throw-in.

Churchill Brothers tried to take the lead through Hafis once again in the 41st minute, but this time as well the forward could not find the net and shot over the bar. He was found by Luka Majcen inside the box after the Slovenian had held on to a long ball.

With neither team able to better the other, the half-time scoreline read 0-0.

Real Kashmir FC came on spurred in the second half and had a golden opportunity to take the lead in the 48th minute. Haroon Amiri’s classic long throw-in was flicked on by Danish Farooq towards the far post. The ball fell to Dipanda Dicka, who hit the side-netting from close range.

In the 65th minute, Churchill Brothers survived another scare. Danish Farooq’s perfect through-ball from the flank for Dipanda Dicka speared through the defence and the goalkeeper.

However, had Dicka timed his run better, he could have just tapped in to give the Snow Leopards the lead.

Although Real Kashmir had the better of Churchill Brothers in the second half and created clear goal-scoring opportunities, the Snow Leopards failed to convert their opportunities.

League top scorer Clayvin Zuniga came on in the 70th minute as a substitute and looked dangerous but could not test the rival keeper.

In the end, though, David Robertson's team had only themselves to blame for missing easy chances, as the full-time scoreline read 0-0.