England's all-time leading Test wicket-taker, James Anderson, says he can go from strength to strength after another brilliant performance 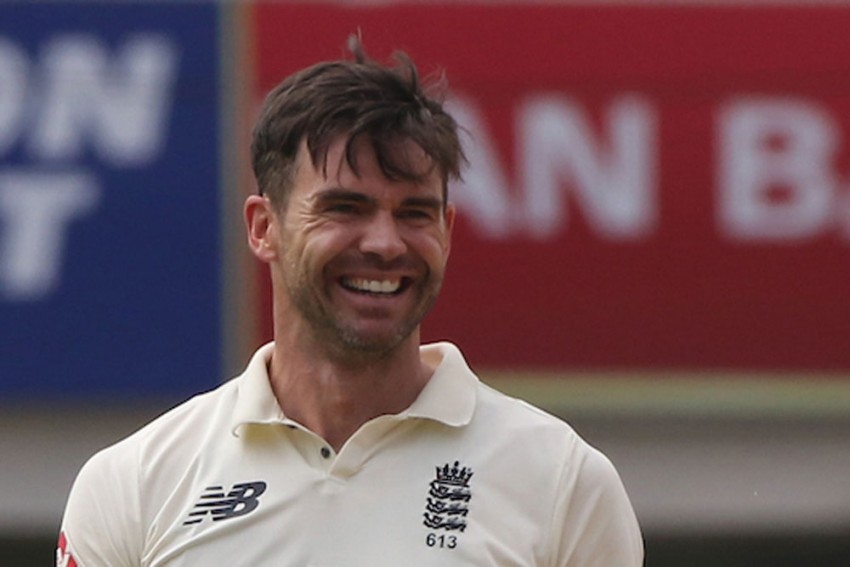 James Anderson produced a brilliant spell before lunch to trigger India's collapse on final day of the first Test
Courtesy: BCCI
Omnisport 2021-02-09T23:11:47+05:30 Hungry James Anderson Warns He Can Move To Another Level After Chennai Masterclass Against India 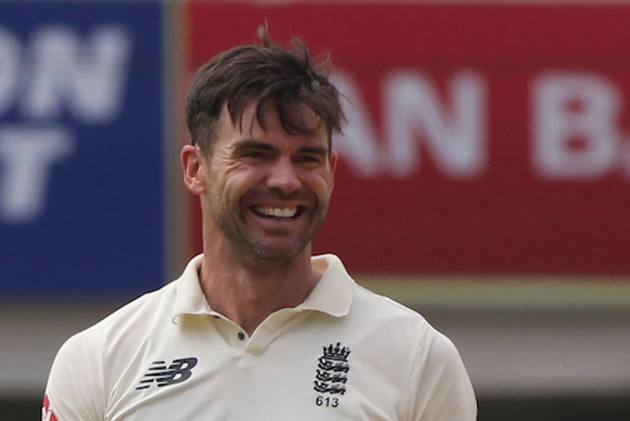 James Anderson warned he is ready to move to another level as England build "something really special" after his latest outstanding exploits in a crushing Test victory over India.

Anderson was hailed by his captain Joe Root as "the GOAT of English cricket" - the greatest of all time - after he produced a brilliant spell before lunch to put the tourists well on their way to taking a 1-0 lead in the four-match series.

England's leading Test wicket-taker claimed 3-17 and Jack Leach returned 4-76 as India were bowled out for 192, consigned to a 227-run defeat on the final day in Chennai.

Anderson bowled Shubman Gill and Ajinkya Rahane in a magnificent over in the morning session as he took three wickets for six runs in five overs of a high-class spell.

The 38-year-old seamer revelled in his latest masterclass and a dominant win, declaring there is plenty more to come from both himself and the team.

A post shared by We Are England Cricket (@englandcricket)

Asked if this is a stage of his career he is enjoying more than ever, the Lancastrian said: "It really is. I think with the guys we've got it's really special, we are creating something really special led amazingly well by Joe Root, both on and off the field.

"The way he's batted the last few weeks has been incredible to watch. We feel like we're building something and whether it's the fitness side of it - we're trying to push each other and for me as I get older I feel I need to work harder at that and I need to keep up with the younger guys, which helps me.

"We are trying to develop skills to win anywhere in the world, which you need to do if you want to get to number one - which our eventual goal is.

"It's a really fun time to be around this group and we just keep challenging each other and keep the form on the field as well."

He added: "I feel like I can keep improving. My fitness and skills and the consistency is something that I'm continually trying to improve. I don't see why I can't keep getting better and that's what I strive to do.

"I think when I don't feel like I need to do that and I don't need to come to the ground and practise my skills in the net and get better, that's when maybe I need to start looking at something else to do, but right now I feel I can still get better and I'm enjoying the challenge of doing that.”

Anderson hopes to be picked for the Test at the same venue starting on Saturday but will understand if he is rested, with Stuart Broad raring to go after being left out for this statement victory in Root's 100th match in the longest format.

He said: "I guess when a batsman gets in that rhythm and form they want to keep batting. It's the same for a bowler, you want to keep that going as much as possible, but I'm very aware that we've got four Test matches in quick succession here.

"There will be probably a need to rest and rotate, it's been talked about before we even got to Sri Lanka, so I'm not presuming anything and I'll try and rest and recover from this game as best I can in the next day or two, then get back in the nets and try and put my name in the hat for Saturday. We'll see what happens."