Ronald Koeman welcomed Lionel Messi's call for unity at Barcelona, though he knows they must keep winning for their superstar to be happy 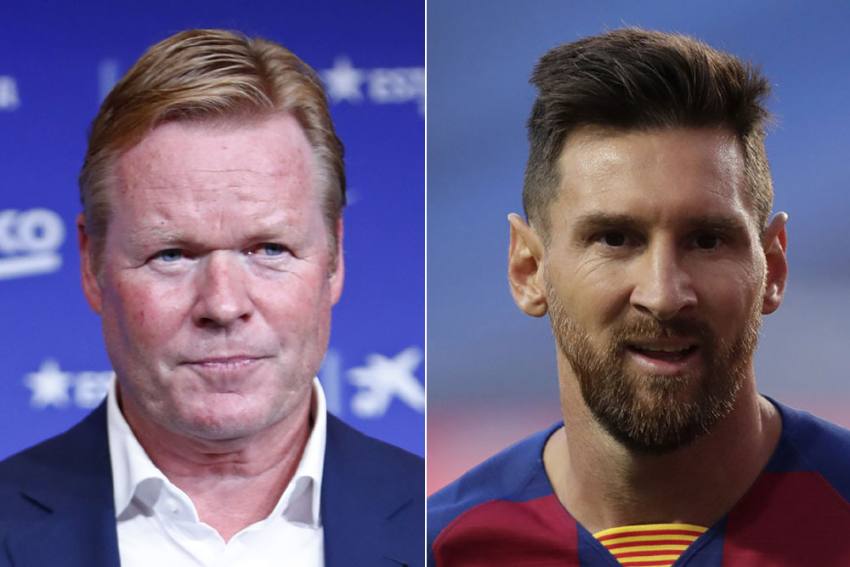 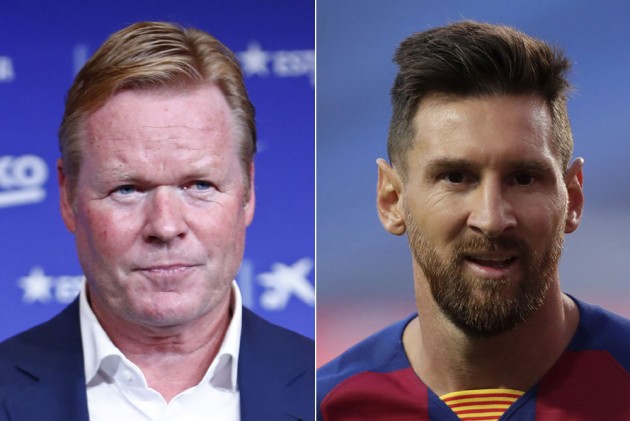 Barcelona have to be successful again if they are to keep Lionel Messi happy, head coach Ronald Koeman has said. (More Football News)

In an interview with SPORT that was published on Tuesday, six-time Ballon d'Or winner Messi stated his wish to draw a line under recent events and move on after he publicly aired his grievances about the ongoings at Camp Nou on more than one occasion.

The 33-year-old tried, and failed, to force a move away from the club on a free after last season finished before again taking shots at the Barca hierarchy over their handling of his friend Luis Suarez's departure for Atletico Madrid.

Messi, who is only under contract until the end of the 2020-21 season, has now insisted he wants to move on and Koeman has welcomed that.

"I don't know if after Leo's statements I'm going to have a quiet life, I don't think so," he told reporters ahead of Thursday's away LaLiga game against Celta Vigo.

"But it is positive that the captain shows himself in that sense, asking for unity. This has always been positive. Hopefully we are going to be calmer than lately."

Messi's criticism has centred around president Josep Maria Bartomeu, who will vacate the position in March at the latest, and he has suggested he was unhappy long before Koeman was appointed.

However, the Dutchman thinks the key to keeping Messi content is with results on the pitch.

"I do not know if I have everything in that sense in my hands," Koeman replied when asked what he could do to keep his superstar happy.

"You have to find the best team for him, where he can shine and where he gets the most out of it. And look for a formula in training.

"I have seen that he lives for football, even in training matches he does everything to win. For Leo to be happy, we have to win games."

One man who could be departing Catalonia is midfielder Rafinha.

The Brazilian has played in just eight LaLiga games for Barca across the previous three seasons, having spent time out on loan with Inter and Celta, and he has not been included in the squad for Thursday's match.

A report in England suggested Manchester City had turned down the chance to take Rafinha as part of a deal that would send Eric Garcia the other way, but Koeman indicated the 27-year-old needs to find a new club.

"For players who do not see many possibilities, it is better to find a way out," he said.

"I know that Rafinha has been on loan and it is a moment when you can no longer be on loan every season. We have many midfielders, we will have to look for the best for the team. They are technical decisions."