Anil Kumble said that Yuvraj Singh getting permission is a big boost and hopefully more players would get NOC from the BCCI to play in various T20 leagues apart from the Indian Premier League. 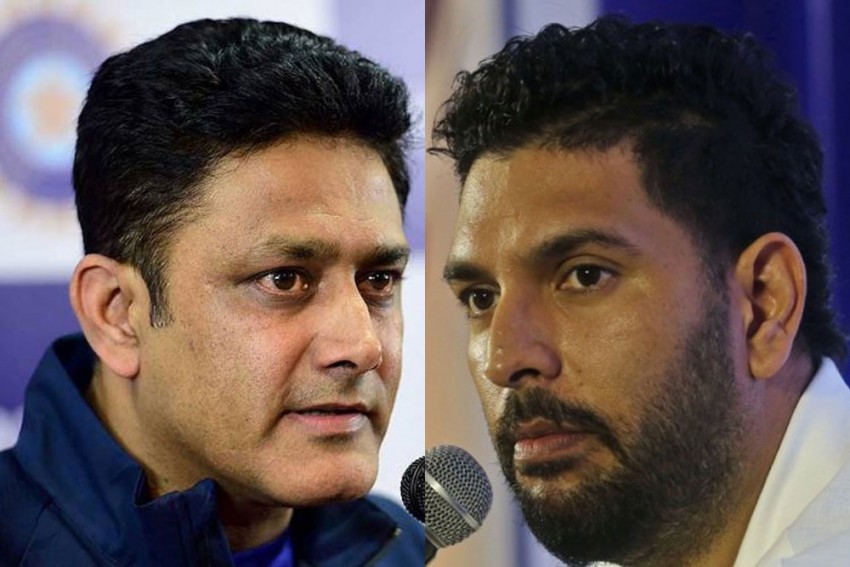 The BCCI is against active players taking part in overseas T20 leagues, and that is one of the reasons for Yuvraj Singh's retirement.
IANS July 19, 2019 00:00 IST Hope To See More Indians Like Yuvraj Singh In T20 Leagues: Anil Kumble 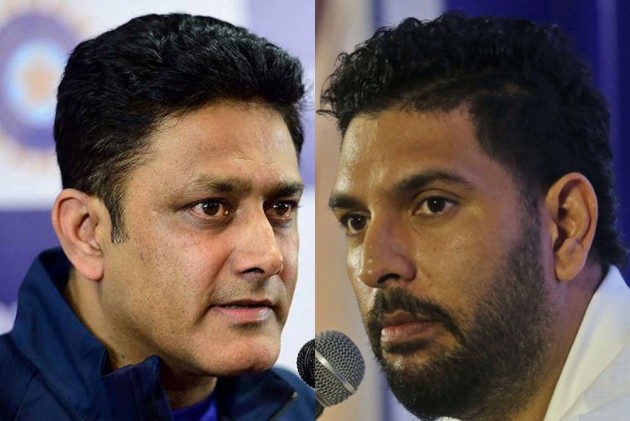 With the Board of Control for Cricket in India (BCCI) making an exception for Yuvraj Singh and giving him permission to play in the Global T20, the doors have been opened and former India skipper and coach Anil Kumble believes that having Indian players in the new T20 leagues is an immense boost not just for the growth of the leagues, but also for the youngsters who ply their trade in those leagues.

Speaking to IANS on the sidelines of the Euro T20 Slam draft on Friday, Kumble -- a board member of the advisory committee -- said that Yuvraj getting permission was a big boost and hopefully more players would get NOC from the board to play in various T20 leagues apart from the Indian Premier League.

"Yes, I feel that is something the BCCI will look at, but currently there are certain restrictions. But having said that, you know people like Yuvi have got the permission to go and play (in Global T20). So, I don't see any issue if some of these players want to go and play, but the BCCI will have to give them NOC. At this point in time, it is good to have someone like Yuvi play in the leagues and in the future, you will perhaps see more players from India participating in the leagues," he said.

Asked how having experienced Indian players would help the leagues, Kumble said: "One is to get the experience of the player in the league and the second is the following that the Indian player has back home and that is massive. Any player from India gets massive support, the Indian team gets massive support across the world. So, the following of the league and their heroes is massive. And in that sense, it is a big moment if any Indian player plays in these leagues. Yuvi playing in different leagues apart from the IPL will be followed as well."

Kumble says the reason why he decided to be associated with the Euro T20 Slam is the fact that Ireland is a Full Member now and has Test status and this league would help develop the game in the Europe region.

Kumble feels T20 is the format that helps bring in new people to the game. "I think that is something people want to see, we have seen over different competitions. Also, the closeness of competing against the tougher teams so to speak is a lot narrower and the difference between teams is very narrow. So, you will also see the odd result that doesn't go as per expectation. That is why I feel this format is something that helps in growing the game.

"It is a great platform for the exchange of ideas and talent. For any youngster across the globe to get to interact with the icons is a blessing and to rub shoulders with them. Also for teams like Ireland, Scotland and Netherlands, it is as good as gold. The youngsters will benefit from playing against and with the icons. To know how the experienced campaigners adapt to certain situations, you cannot learn that from coaches," he pointed.