Home  »  Website  »  Sports  »  Manchester City: Has Pep Guardiola Solved The Issue Against Teams Playing Tree At The Back?

Manchester City: Has Pep Guardiola Solved The Issue Against Teams Playing Tree At The Back? 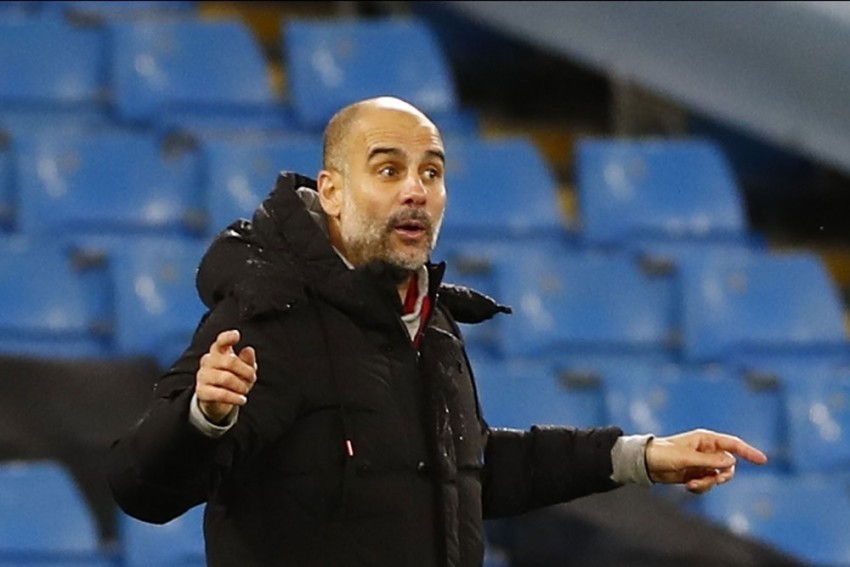 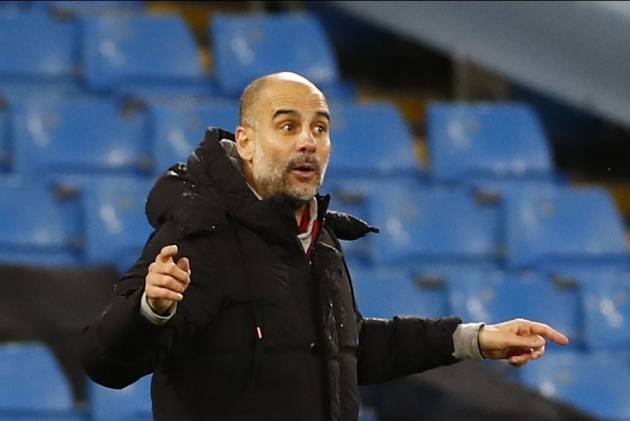 It perhaps served as a decent indication of how well things are going for Manchester City right now that when last season's painful defeats to Arsenal and Lyon were mentioned in a pre-match media conference, Pep Guardiola broke out into a big grin. (More Football News)

The anguish of those respective FA Cup semi-final and Champions League quarter-final losses are an ever-fading memory for a side on a 20-match winning run and well-placed for success in each of the four major competitions. (More Football News)

But those reverses, plus home and away 2019-20 losses to Wolves – who visit the Etihad Stadium in the Premier League on Tuesday, had a common theme: the opposition lined up with three central defenders.

Whether facing a back three or a back five (Guardiola prefers the latter description), City often seemed at risk of getting themselves in a mess last term.

In 14 games against teams using variations on the system, they won seven, lost six and drew one.

It was a story of diminishing returns, though. The final five times City faced three centre-backs last season, they lost on four occasions – twice to Manchester United either side of a 1-0 victory at Leicester City, before Arsenal and Lyon ensured the campaign ended earlier than hoped.

Opponents were certainly taking note and Guardiola's men found themselves up against a back five in each of their first three games in 2020-21, beating Wolves 3-1 at Molineux and Bournemouth 2-1 to launch another run to the EFL Cup final before a humbling 5-2 thrashing at the hands of Leicester. 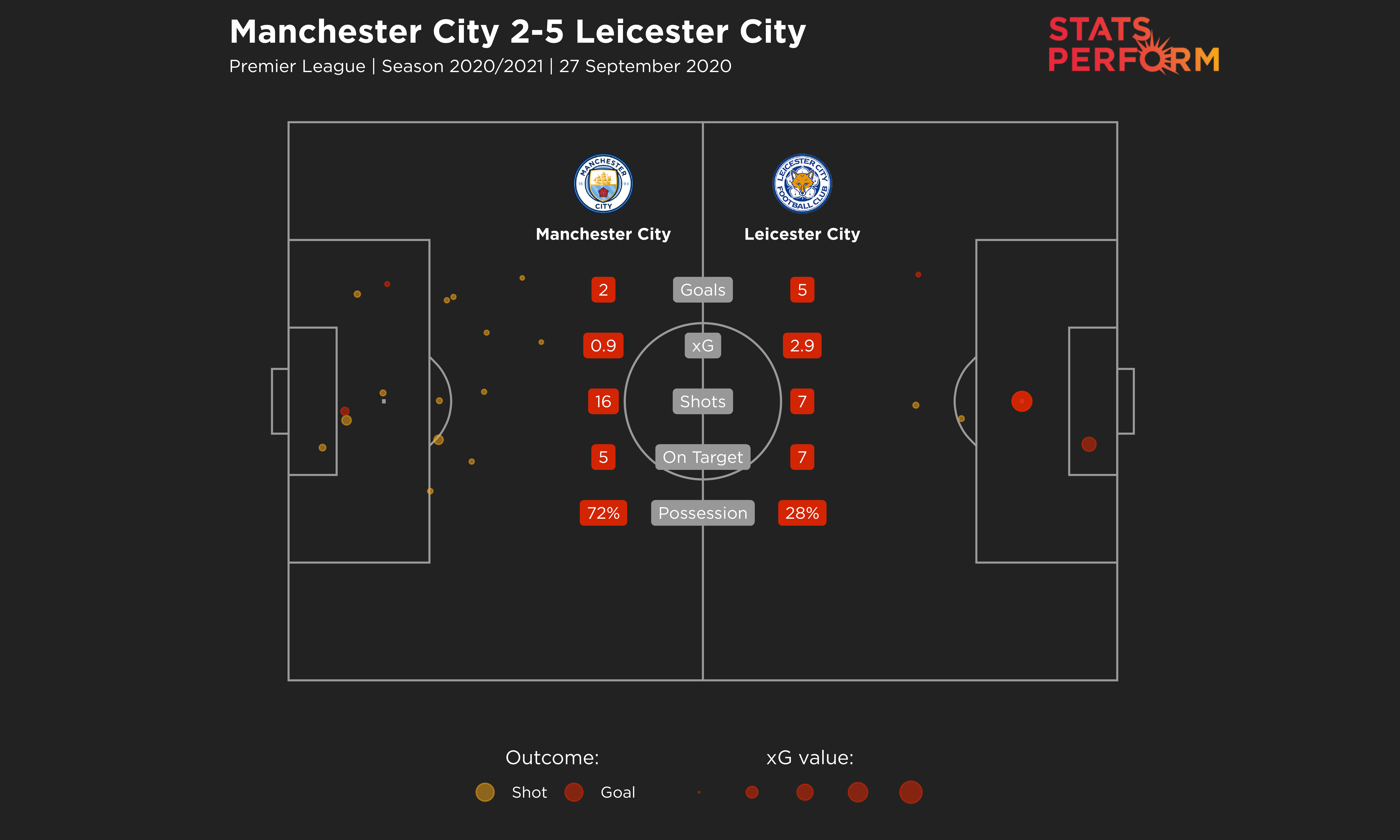 That might have suggested the continuation of a grim trend, but City have not lost again against the system this season and boast a record of W16 D2 L1.

"Yeah, it's not just Wolves. I’d say two or three seasons ago many teams play five in the back," Guardiola reflected.

"Sometimes we struggled a little bit more than the other ones. We know the system quite well but it's not easy.

"[Wolves] are so well organised, seven or eight behind the ball all the time, closing the spaces inside. Always a difficult side."

So, what has changed?

On the face of it, games against teams stationing men behind the ball but with an intent to break results in similar statistics when it comes to possession totals and shots conceded.

When they lost 2-0 in the corresponding Wolves fixture, City had 76 per cent possession and gave up seven shots. Against Lyon, meanwhile, they had 72 per cent of the ball and allowed six on-target attempts.

In December this season, Newcastle United allowed City 75 per cent of the ball and also had seven attempts on goal. 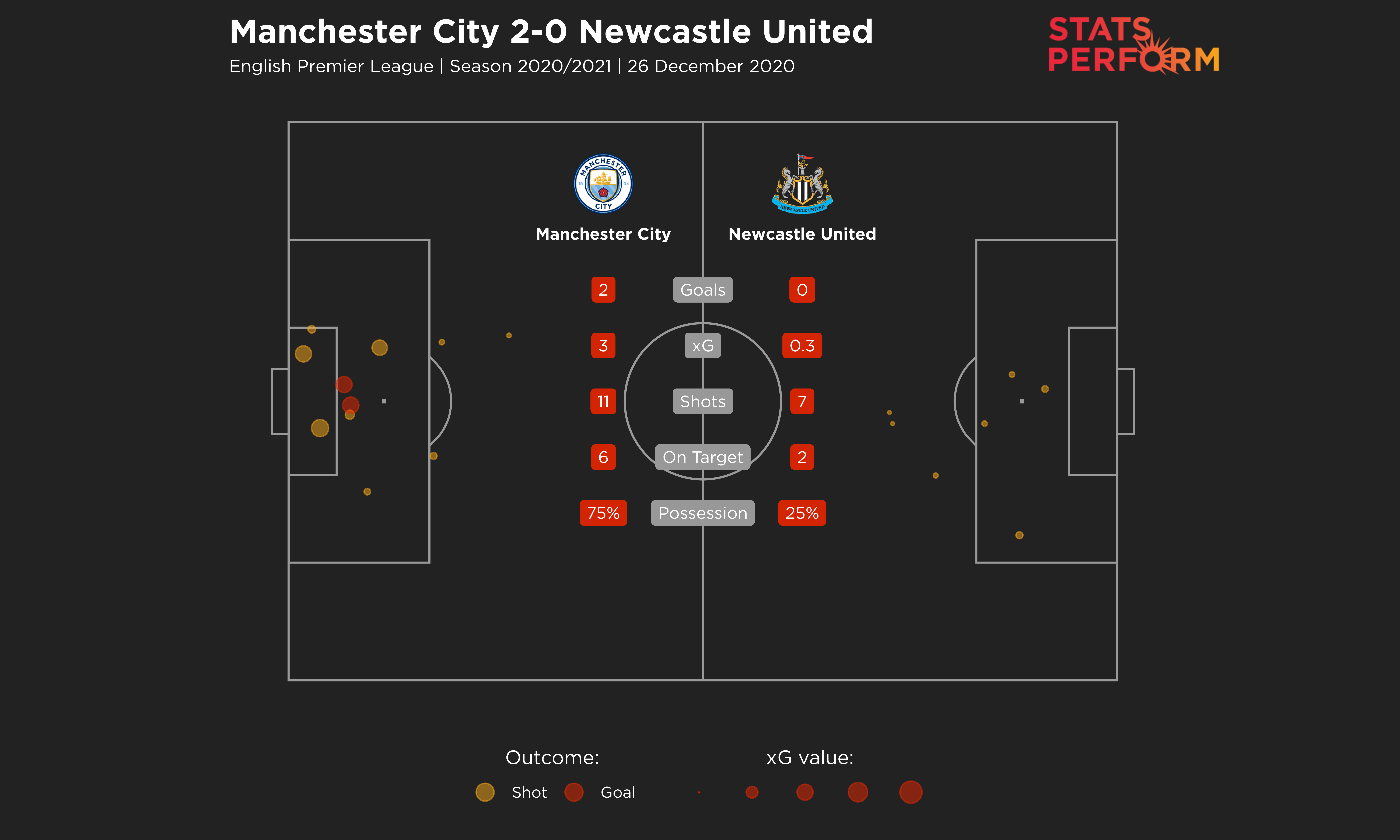 The difference across these games is illustrated in the quality of chances Guardiola's men conceded, plus a greater composure in front of goal.

Despite spending most of the match in a defensive mode, Wolves' xG was 1 and only slightly outstripped by City's 1.5. The xG for City v Lyon stood at 2.5-1 according to Opta, but still represents a high quality of chances crafted by the Ligue 1 side despite being starved of possession.

When Newcastle went down 2-0 on Boxing Day this season – a display Guardiola hailed as his team's performance of the campaign at the time – City's xG figure was 3 compared to Newcastle's 0.3.

While the spectre of the horror misses Raheem Sterling and Gabriel Jesus coughed up during the Lyon game have not entirely left City, a lack of desperation has encouraged more efficient forward play. That in turn is enhanced by the extra security offered in defence, where a miserly record is built upon John Stones and Ruben Dias' phenomenal centre-back partnership.

That brittle side who could hog three-quarters of the ball and still lose by a couple of goals appears to be a thing of the past. There are also indications City benefit from 5-3-2 teams coming out of their shell.

Marseille were up on their Ligue 1 counterparts with 36 per cent of possession in the Champions League but went down 3-0 in this season's group stages. They did not have a shot inside City's box despite playing at home, scraping to an xG of 0.1 compared to their visitors' 1.9. 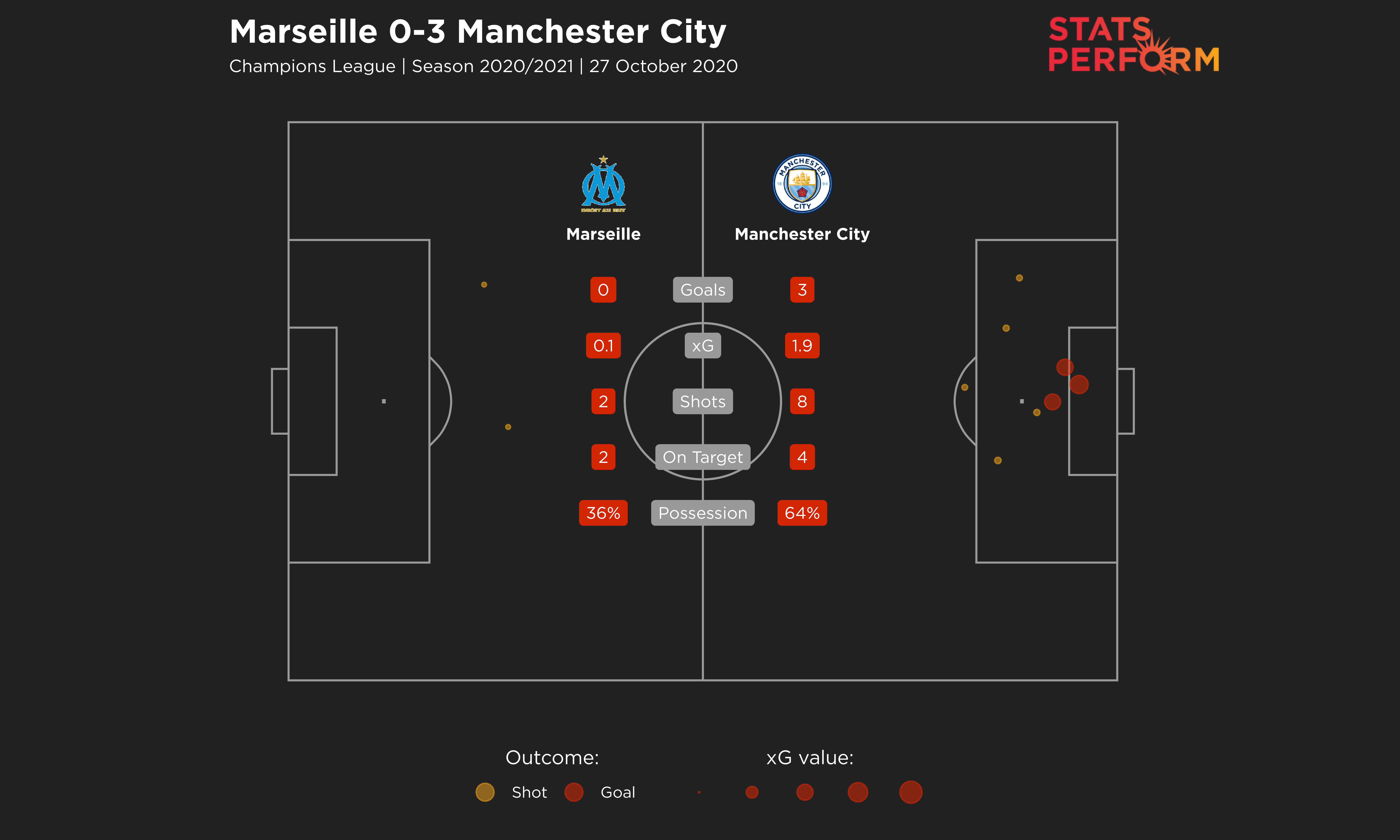 Guardiola's men were back in knockout action against Arsenal in the EFL Cup quarter-final and the outcome was vastly different to the FA Cup meeting.

They went down 2-0 at Wembley despite Arsenal only having four shots and 29 per cent possession. But those yielded an xG value of 1.1 compared to the 1.7 from an increasingly desperate and speculative City.

At Emirates Stadium, City allowed the Gunners 43 per cent of the ball but their six shots in a 4-1 defeat amounted to 0.7 in xG terms, with the visitors out-performing a 2.2 xG in clinical fashion.

Fast forward to Saturday just gone and Issa Diop, one of West Ham's three starting centre-backs at the Etihad Stadium, was left unattended and headed a glorious stoppage-time chance wide. David Moyes' men (xG 1.9) went down 2-1 to the Premier League leaders (xG 0.5). Sometimes, irrespective of tactics or statistics, your luck is just in and a hot streak continues.

"When every individual player can improve, the team will improve. That's why always we can do better," Guardiola said on Monday.

Even allowing for that late scare against West Ham, City's progress to overcome their 5-3-2 problem shows a team putting their manager's demands into practice.

Ronald Koeman Implores Barcelona To 'Focus On The Football'