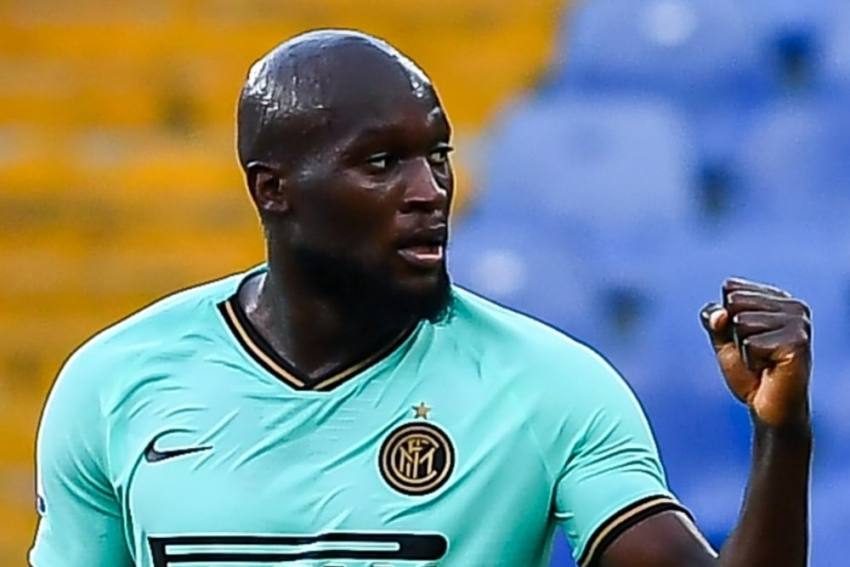 Romelu Lukaku (15 away goals) has equalled the away goals record of Stefano Nyers in 1949-50 in a single Serie A season with Inter.
Getty Images
Omnisport July 26, 2020 00:00 IST Genoa 0-3 Inter: Romelu Lukaku Sparkles In First Win In Three For Nerazzurri 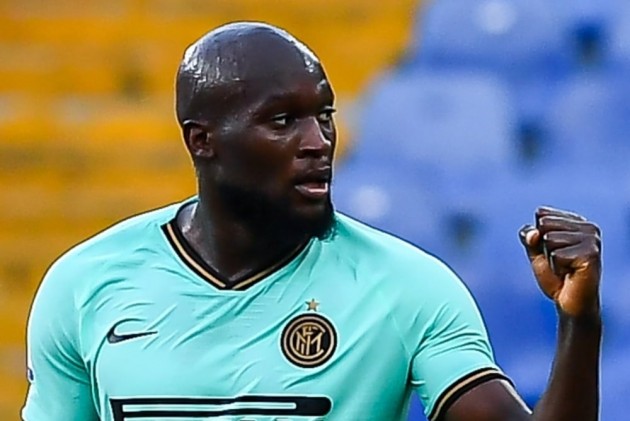 Romelu Lukaku scored twice as Inter returned to winning ways with a 3-0 Serie A success at Genoa.

Consecutive draws had seen the Nerazzurri pass up the opportunity to properly capitalise on Juventus' shaky form, with the leaders still able to seal the Scudetto against Sampdoria on Sunday.

But even with their title hopes virtually extinguished, Antonio Conte's side were back on their game at the Luigi Ferraris to move up to second.

Lukaku nodded in his 22nd league goal of the season 34 minutes in and, after Alexis Sanchez added a late second, got his 23rd with a marvellous individual effort, leaving Genoa still just four points clear of the bottom three, having played a game more than 18th-placed Lecce.

Pressure had steadily built on the Genoa goal after a slow Inter start, with Lukaku - at the heart of all of their best work - helping to create chances for Marcelo Brozovic and Christian Eriksen that were both squandered.

The Belgium striker made sure the visitors were in front heading into half-time, though, as he ghosted into the area to meet Cristiano Biraghi's searching cross with a firm header in off the post.

Although Genoa belatedly threw men forward in search of an equaliser, they were swiftly caught out in defence at the other end and substitute Sanchez netted via the bar after fine work from Victor Moses on the right.

There was still time for Lukaku to produce the moment of the match, racing forward deep into stoppage time and cutting inside past desperate challenges to hammer in the third.

What does it mean? Inter up to second but focus on Europe

Inter's form has not been convincing since the season's restart, yet they climbed back up to second with just two league games remaining with victory.

Though their slim title aspirations remain alive, their focus now is surely on the Europa League, with a last-16 tie against Getafe less than two weeks away. Conte can be encouraged by the control his side largely displayed.

Lukaku key in games to come

Inter were well on top for much of this match, but it fell to Lukaku to be their driving force, playing the role of both creator and finisher. He might have had an assist even before scoring the opener.

The former Manchester United striker's form will be crucial heading towards the Europa League, with strike partner Lautaro Martinez still struggling for form.

Conte's pre-match comments focused on Eriksen, who the coach believes is growing into his role at Inter.

Some supporters might not be convinced by the former Tottenham midfielder just yet, though, and he passed up a big early opportunity to net his fourth Nerazzurri goal, lashing over the top following a smart Lukaku lay-off.

- Inter have won 12 away games in a single Serie A season for the second time in their history in top flight – the first one was back in 2006-07 (15).
- Lukaku (15 away goals) has equalled the away goals record of Stefano Nyers in 1949-50 in a single Serie A season with Inter.
- Since the restart of Serie A only Cristiano Ronaldo (11) has been involved in more goals than Sanchez (10 - three goals, seven assists) among the strikers in the competition.
- Inter are the only one side Genoa have not found the net against over the last two Serie A seasons.
- Biraghi has delivered five assists in Serie A this season, his record in single top-flight campaign.

The fixture list does not make easy reading for Inter, even if their league season is essentially over. They face Napoli next, followed by Atalanta and Getafe. Genoa do still need points and visit Sassuolo on Wednesday.