Anil Kumble ended his career as the third-highest wicket-taker in the world with 619 scalps in 132 Tests. 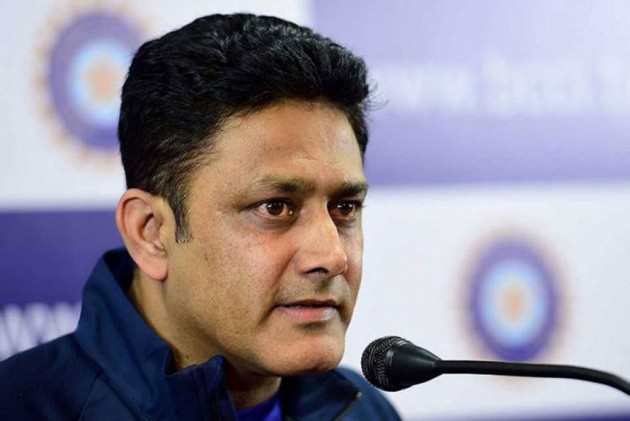 Former India cricketer Gautam Gambhir believes former spinner Anil Kumble would have picked in excess of 900 Test wickets if the Decision Review System (DRS) was available during his time. He also lavished praise on out-of-favour tweaker Harbjahan Singh and stated his tally would also have been more in the presence of DRS.

Kumble ended his career as the third-highest wicket-taker in the world with 619 scalps in 132 Tests. As for Harbjahan, he picked 417 wickets in 103 Tests. The two still take up the first and third spots respectively in the list of top wicket-takers for India in the longest format.

"With DRS technology Kumble would have ended up with 900 wickets and Harbhajan with 700 wickets," Gambhir said during an Instagram live session with Sports Tak as per India Today.

"They missed LBW (leg before wicket) decisions on front-foot. Bhajju pa took seven wickets in Cape Town, just imagine. If they would have played on rank-turners opposition would not have been able to make even 100 runs."

Gambhir also heaped praise on Kumble's leadership qualities and went on to the extent of saying he would have given his life for a captain like him. He revealed an anecdote, involving Kumble, which made him feel secure of his place in the team and that, in turn, aided his performances on the field.

"(Virender) Sehwag and I were having dinner when Kumble walked in and said that you guys will open throughout the series no matter what," Gambhir said, recalling the 2008 series against Australia.

"Even if you get eight ducks (four-match series) it doesn't matter. I have never heard such words from anyone in my career. So, if I have to give my life for someone, it would be Anil Kumble. Those words are still in my heart," Gambhir said.