Victoria Azarenka and Coco Gauff are out of the French Open, while there was bad blood between Kiki Bertens and Sara Errani in Paris 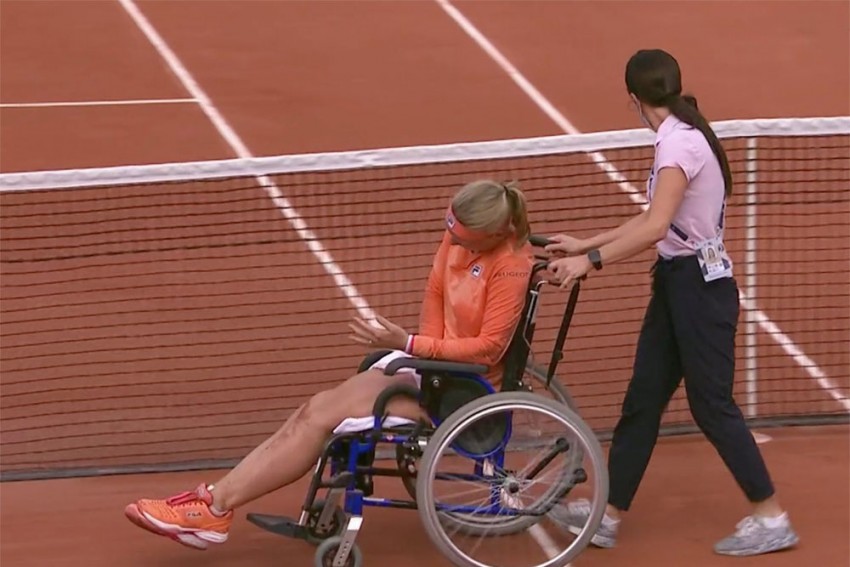 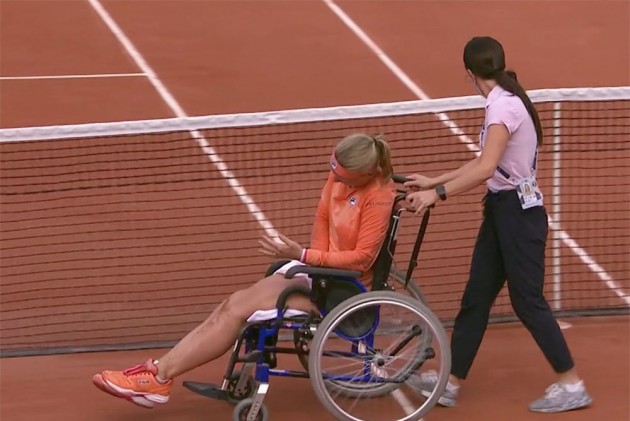 A furious Sara Errani aimed verbal volleys at Kiki Bertens at the French Open on Wednesday, accusing the fifth seed of exaggerating an injury in their mammoth second-round clash. (More Tennis News)

A visibly upset Bertens left the court in a wheelchair after suffering with cramps in a three-hour, 11-minute tussle with Errani that the Dutchwoman won 7-6 (7-5) 3-6 9-7.

However, Errani, who failed to serve out the match on three different occasions, claimed her opponent was merely putting on an act.

"I don't like when somebody is joking on you," Errani told reporters.

"She played an amazing match, but I don't like the situation.

"One hour she has an injury, then she runs. I don't like that. She goes out of the court on the chair, and now she's in the locker perfect, in the restaurant. I don't like these things."

Guts and grit. That was some effort, @kikibertens.

World number eight Bertens, who faces Katerina Siniakova next, shrugged off the criticism, though.

"She can say whatever she feels like. Maybe I should take some more acting classes or should pursue a career in that," Bertens said.

"I'm not sure what she's thinking, but, no, I didn't feel really good on court, to be honest."

On the same day that Serena Williams pulled out of the tournament due to an Achilles injury, Victoria Azarenka – who beat the American in the US Open semi-finals – also bowed out with a 6-2 6-2 loss to Anna Karolina Schmiedlova.

None of the four women who made the final four in New York are still in the tournament in France, with champion Naomi Osaka having withdrawn before it started and Jennifer Brady eliminated in the first round.

However, Azarenka did not blame the quick turnaround and change of surface for her loss.

"This is a lesson for me to learn. I don't think about what happened in New York."

Victoria Azarenka comes away from Roland-Garros with plenty to keep working on #RolandGarros pic.twitter.com/6igjf3ktDg

"It's never easy to play against a Romanian and against Irina, we played so many times; it's never easy," Halep admitted.

"I managed well in the end and I think I played the right game when I needed to."

Despite beating ninth seed Johanna Konta in the first round, 16-year-old Coco Gauff fell at the next hurdle.

The American went a set up against Italian Martina Trevisan only to lose 4-6 6-2 7-5.