Rafael Nadal, a 17-time Grand Slam champion cruised to a 6-2, 6-1, 6-3 victory to set up a clash with another German qualifier Yannick Maden, while Caroline Wozniacki collapsed to a 0-6, 6-3, 6-3 loss to Russian world number 68 Veronika Kudermetova in the first round 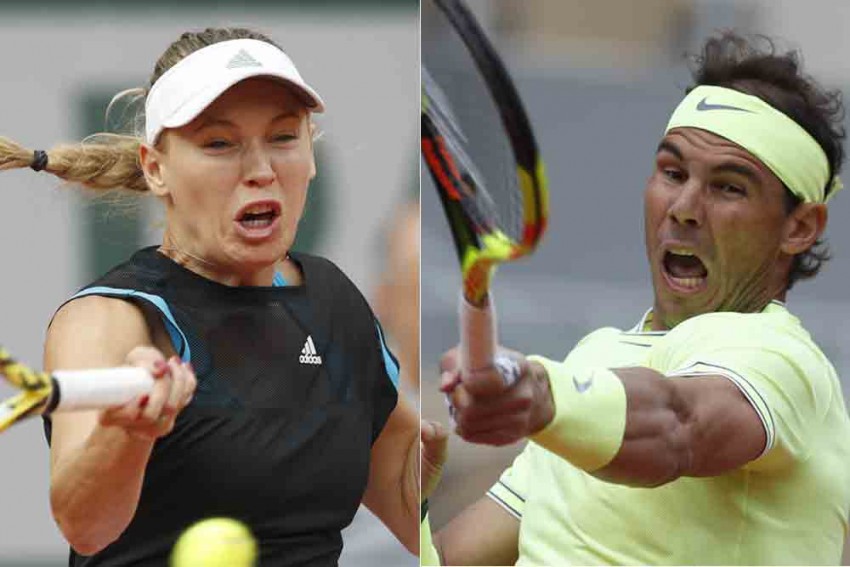 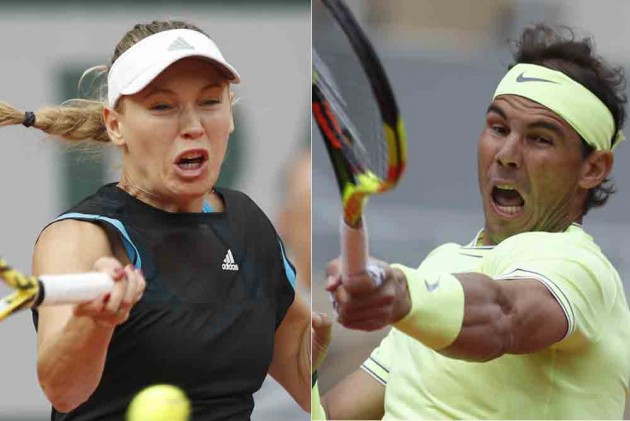 Defending champion Rafael Nadal got his bid for a record-extending 12th French Open title off to the perfect start by brushing aside German qualifier Yannick Hanfmann in the first round at Roland Garros on Monday.

The 17-time Grand Slam champion cruised to a 6-2, 6-1, 6-3 victory on the rebuilt Court Philippe Chatrier to set up a clash with another German qualifier -- world number 114 Yannick Maden -- in round two.

Nadal had suffered three consecutive semi-final defeats earlier in the clay-court season, but appeared to find his best in an Italian Open title success sealed with victory over old rival Novak Djokovic, while his French Open win-loss record now reads 87-2.

"It's always amazing to play here, the new Chatrier is very nice," the second seed said. "It's been an important place in my career.

"I played a good tournament in Rome which was very important for my confidence. Now we'll see." The 32-year-old Nadal raced into a 3-0 lead in the opening set before a second break of serve in the eighth game sealed it after just 40 minutes.

The second set was over in a flash as Nadal crushed nine winners past his beleaguered opponent.

The winning line honed into view when Nadal broke after a lengthy game to take a 2-1 advantage in the third, and the Spaniard completed the job on his first match point as world number 184 Hanfmann blasted long.

Earlier on Monday, former world number one Caroline Wozniacki collapsed to a 0-6, 6-3, 6-3 loss to Russian world number 68 Veronika Kudermetova in the first round.

The Danish 13th seed had retired injured from her two previous matches in the lead-up to Roland Garros, and fell away badly after a strong first set.

"I think she got very lucky at the start of the second set and took advantage of the opportunities she got," said Wozniacki.

"I ran out of steam in the end and made some unforced errors that I don't usually do, so that was very frustrating." Sixth seed and two-time Wimbledon champion Petra Kvitova was forced to pull out before her scheduled opener against Sorana Cirstea with a left arm injury, but said she should be fit for Wimbledon, which starts on July 1.

"(I'll be out for) two to three weeks, so I'll do some fitness and everything that I can do to prepare my body for the tennis on the grass," said the Czech.