Netherlands beat Gibraltar 7-0 on Tuesday, though an irritated Frank de Boer still felt the need to stick the boot in at full-time. 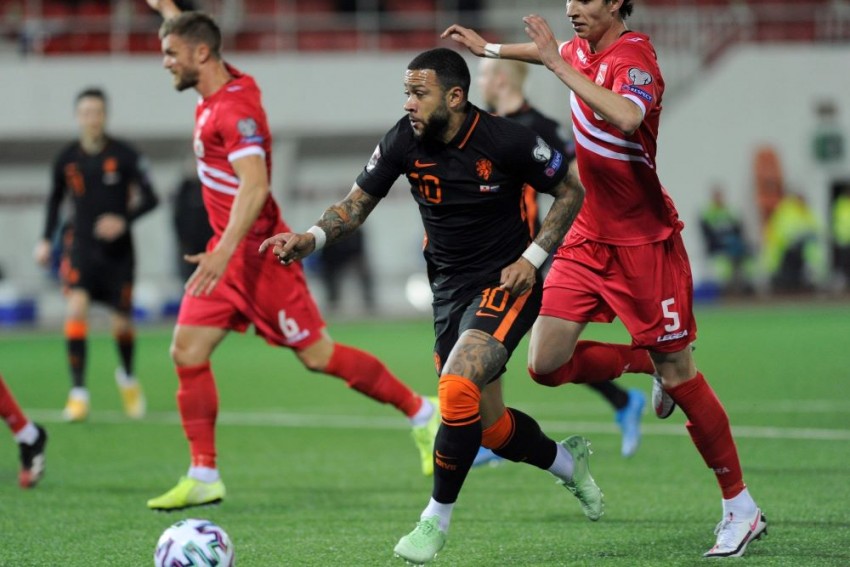 Memphis Depay of the Netherlands runs with the ball during the World Cup group G qualifying soccer match between Gibraltar and The Netherlands at the Victoria Stadium, Gibraltar on Tuesday.
AP Photo/Ian Martinez
Stats Perform 2021-03-31T10:47:23+05:30 Frank De Boer Accuses Gibraltar Of "Anti-football" In Netherlands' 7-0 Win 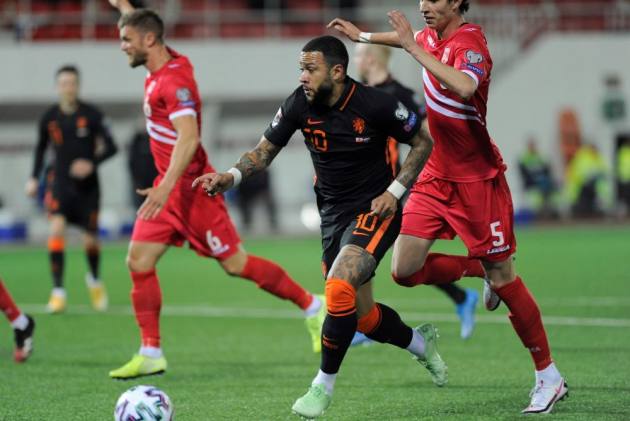 Frank de Boer hit out at Gibraltar for perceived histrionics that he felt amounted to "anti-football" during Netherlands' 7-0 win on Tuesday. (More Football New)

The Oranje crushed their hosts in World Cup qualifying Group G, scoring six times in the second half as the Dutch took full advantage of their superiority – Gibraltar did not have a single shot.

Steven Berghuis, Luuk de Jong, Georginio Wijnaldum, Donyell Malen, Donny van de Beek and a Memphis Depay brace did the damage for the away side, who were challenged by De Boer to net at least five.

The former Ajax boss had been frustrated by his team's profligacy in the 2-0 win over Latvia at the weekend and made the curious decision to publicly set a goals target.

While he was largely pleased with the manner of the win, he took aim at Gibraltar for their conduct during the match.

"I am very satisfied with the seven goals, but it is really almost anti-football," he told NOS.

"All the players going down after a single touch, while every time the whole bench went crazy, complaining to the referee.

"The goalkeeper was taking a minute for a goal-kick… I got tired of it. I'm glad the game is behind us."

It was then relayed to De Boer that Latvia had held Turkey to a 3-3 draw in Istanbul, to which he replied with a hint of smugness following the criticism that came the Netherlands' away after Saturday's performance.

"We did well against Latvia then," he said with a wink.

But it was not all rosy for the Oranje, as they lost Daley Blind to injury early in the second half, the Ajax centre-back falling awkwardly as he bailed out Matthijs de Ligt and collided with Tjay de Barr.

While De Boer did allay fears of a nasty knee injury, as it initially appeared, it remains unclear how severe the issue is.

"I don't know how serious it is, but it wasn't his knee. He fell on his ankle," De Boer said.

Asked if Blind had gone to hospital, the coach added: "No, he's here, lying on the massage table. We wait and see – if it is serious, it will throw a dark cloud over this evening."

Victory moved Netherlands up to second in the group with six points from three games, one point adrift of leaders Turkey, who beat the Oranje 4-2 last week.