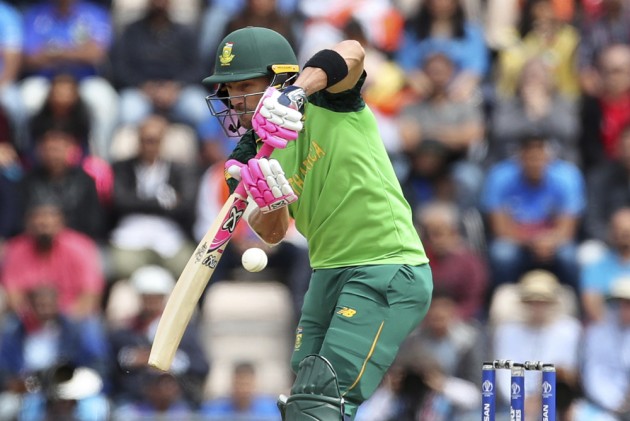 South Africa captain Faf du Plessis is drawing inspiration from a chance meeting with Liverpool manager Jurgen Klopp ahead of the Test series with England.

Du Plessis was out to dinner with South Africa's Rugby World Cup-winning skipper Siya Kolisi - a Reds fan - when they met Klopp.

While Klopp readily recognised Kolisi, Du Plessis admitted he was less familiar to the German, although the Champions League-winning boss certainly made an impression.

"He said he watches cricket," said Du Plessis, whose side begin the first of four Tests on December 26.

"The Liverpool guys watched the Cricket World Cup and he knew about how well England did, so that's great.

"For someone to be that famous, he is a great guy, and that's what I believe real leadership is about.

"I am not a huge football fan, I don't support a lot but I do support him now."

Du Plessis pines for the kind of stability that Klopp enjoys at Anfield but is at least enjoying the benefits of a hastily assembled interim structure following an administrative crisis.

The likes of Graeme Smith, Mark Boucher and Jacques Kallis have been enlisted to steady the ship and Du Plessis is delighted to have them on board.

"Why have these guys not been here for the last 10 years?" he said.

"If you look around international cricket, other teams have got that. Think of Australia - Justin Langer, Steve Waugh, Ricky Ponting. We need that. We want that.

"There is a vision. The test team is still in an infant stage. The plan is to get back [to number one]. As a Test team we do need to mature."