Finland are in Group B for Euro 2020, along with Belgium, Denmark and Russia. Here's team preview 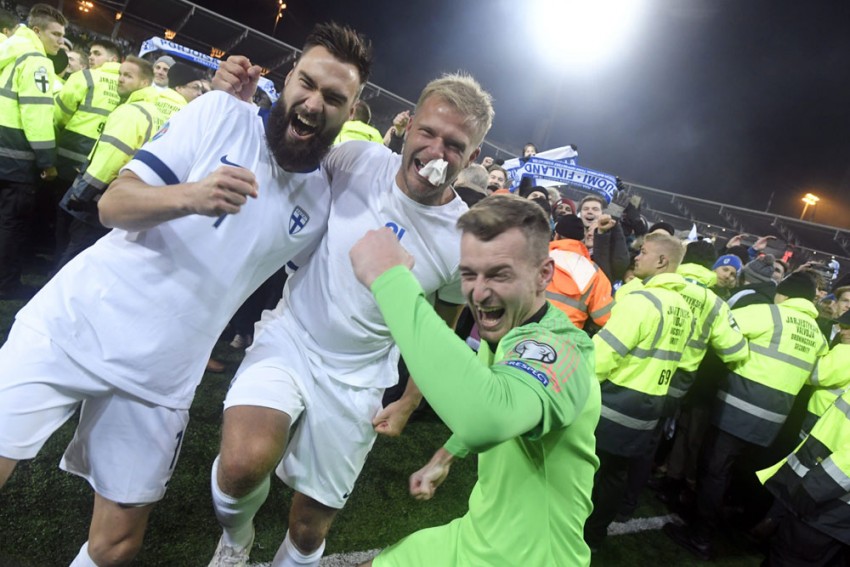 Finland have been underachievers of Europe with no major title in their kitty. It will be their first appearance in the European championship.(More Football News)

Ranked 54, the team is nicknamed Huuhkajat ( Eagle-Owls) and are coached by Markku Kanerva.

The team’s chances will hinge on their two prolific players Temmu Pukki and Glen Kamara.
Finland is right now waiting an update on Teemu Pukki’s ankle injury, hoping their striker gets fit before the kickoff.

GROUP AND FIXTURES
With Denmark, Belgium and Russia, Finland are likely to fancy their chances.

They open their match against Denmark on June 12, and play Russia next on June 16. Their last match will be against Belgium on June 21.

WHO TO WATCH
Finland are keeping a close eye on striker Pukki's ankle injury. The striker has been iin sublime form and has scored 26 goals this season. He helped Norwich City get promoted to the Premier League and also helped Finland qualify for its first international tournament.

He was even more prolific in qualifying with 10 goals in 10 games and joined some illustrious company — finishing one goal behind Portugal great Cristiano Ronaldo and two behind England striker Harry Kane.

He hit the target with 70% of his shots, better than Ronaldo's accuracy.
Pukki started qualifying for next year's World Cup with three goals in two games, reaching 30 international goals to sit behind three behind Jari Litmanen's national team scoring record.

He'll have a chance to catch Litmanen in Group B with matches against Denmark, Russia and Belgium.

No wonder Finland coach Markku Kanerva depends so much on the 31-year-old Pukki, whose excellent movement off the ball is one of his strong suits.

In case Pukki is not ready by the time opening group game against Denmark in Copenhagen is upon Finland then the team will have to rely on  the likes of Marcus Forss and Onni Valakari, both 21.

The duo gave a glimpse of things to come last November, scoring their first international goals in a 2-0 win at World Cup champion France.

Forss helped Brentford win the second-division playoff and reach the Premier League for the first time and, barring any transfers, he is poised to play against Pukki next season.

Finland's quick and direct counterattacking style caused France problems last year and could be the right approach at Euro 2020. The team faces Russia in St. Petersburg on June 16 and stays in the same city to play Belgium five days later.