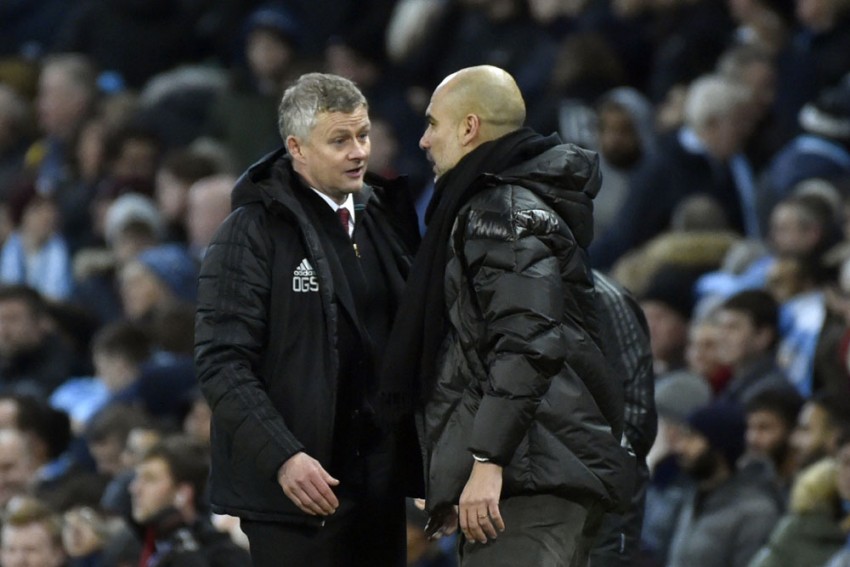 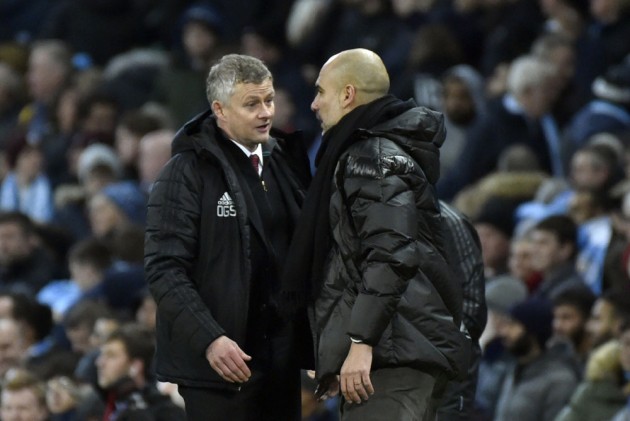 Ole Gunnar Solskjaer tasted sweet victory in the derby as his Manchester United side stunned Manchester City with a 2-1 victory at the Etihad Stadium. (More Football News)

United were brilliant in the first half, as impressive as they have been in the 12 months of their Norwegian manager's tenure, and a penalty from Marcus Rashford followed by Anthony Martial's sharp finish made it their day. A late Nicolas Otamendi header could not save the hosts.

City now sit 14 points behind leaders Liverpool in the Premier League, hopes of defending their title surely all but extinguished by this result. Questions will be asked of Pep Guardiola's leadership, and how he has allowed their defence to become such a weakness.

But for Solskjaer, months of speculation about his job security can be swept aside for now. After beating Jose Mourinho's Tottenham on Wednesday and following up with a terrific performance against their 'noisy neighbours', United suddenly look a team to be reckoned with.

United's first three attempts all forced Ederson to make sharp saves, the goalkeeper denying Daniel James from the edge of the penalty area, then a lively Jesse Lingard and the marauding Martial.

And with City in disarray at the back, the fast-breaking visitors were handed a penalty after a VAR review when Rashford went down following a mazy run, sideswiped by a clumsy Bernardo Silva challenge.

Rashford slotted low and into the right corner for the 23rd-minute opener, and the England striker went close twice in the next four minutes: firstly, when stroking a shot just wide after City's defence was unpicked by a high-pace counter-attack, and then with a 20-yard curling shot that hit the crossbar.

Martial gave United the two-goal lead they richly deserved in the 29th minute when he swivelled and cracked a low, left-footed shot in off the base of the right post, after working the chance patiently with James.

City striker Gabriel Jesus might have narrowed the lead before half-time but headed wastefully wide from Kevin De Bruyne's cross, before the hosts were aggrieved to be denied a spot-kick by referee Anthony Taylor when Fred appeared to handle a cross.

Guardiola made his annoyance known in a passionate appeal to fourth official Mike Dean before the second half began.

United centre-back Victor Lindelof made a superb intervention to thwart De Bruyne soon after the restart, deflecting the Belgian's thumping shot over the crossbar.

Fred was struck by an object thrown from home supporters and appeared to suffer racist abuse from the same section.

Otamendi headed in an 85th-minute City consolation and fellow substitute Riyad Mahrez went close to a leveller moments later, denied by a fine save by David de Gea, but this was emphatically United's day

What does it mean? A great day for the Red Devils, but a better one for the Reds

United have toiled and looked shambolic on occasion this season, the Premier League's once-dominant club becoming the subject of ridicule at times. But here they were terrific, a formidable attacking force in the opening half an hour and a disciplined unit thereafter. The one negative, from their fans' point of view, is that this result comes as a huge boost to arch-rivals Liverpool. Maybe Leicester City are the only team that can deny Jurgen Klopp's side now.

Guardiola put huge faith in Angelino by starting the 22-year-old at left-back, ahead of the benched Benjamin Mendy. It turned into a gift of a selection for United, who found space in abundance behind the heavily tattooed Spaniard, James revelling in the space.

City's manager came into this season believing his defensive ranks were adequately stacked, but how wrong he was. Every team suffers injuries, and City's repeated buckling at the back this season points to neglect of that department.

City wrap up their Champions League group campaign with a trip to face Dinamo Zagreb on Wednesday, having already secured top spot. United, sure to advance to the knock-out rounds, face Dutch side AZ in their final Europa League group game on Thursday. Both Manchester giants then return to Premier League action next Sunday, with City travelling to Arsenal and United at home to Everton.