Catch Day 1 highlights and cricket scores of the one-off Test match between England women and Indian women, being played at County Ground, Bristol 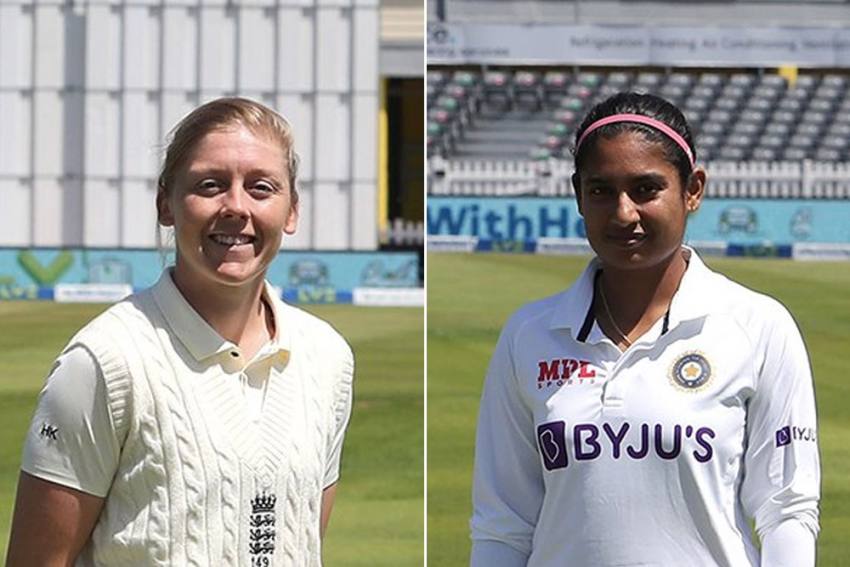 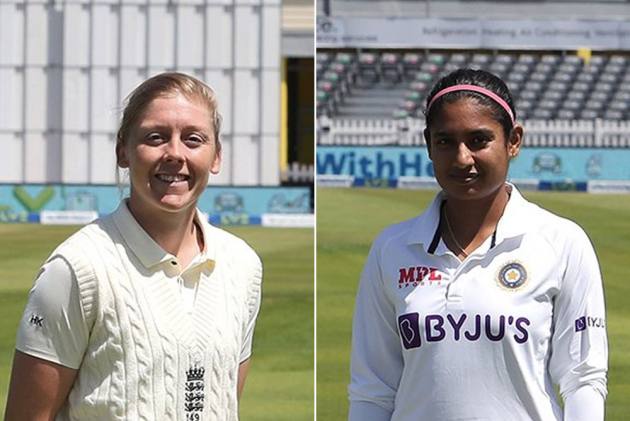 Women's Test cricket returned on Wednesday with India playing their first match in seven years as Mithali Raj & Co take on England at County Ground, Bristol. Both the teams handed Test debuts, with India, expectedly, naming as many as five -- Shafali Verma, Deepti Sharma, Sneh Rana, Pooja Vastrakar and Taniya Bhatia. Sophia Dunkley got her England whites. After winning the toss, Heather Knight promptly opted to bat first on a surface that became a talking point following ECB's rather rude handling. Giving a used top for a top-level clash was never going to go unnoticed. But the hosts openers - Lauren Winfield Hill (35) and Tammy Beaumont (66) looked comfortable against an Indian attack led by veteran pacer Jhulan Goswami. They posted 69 runs, followed by 71 for the second wicket and 90 for the third, with skipper Knight playing a starring role. She, however, failed to convert it, getting out five runs short of hundred, trapped by Deepti Sharma. The wily right-arm spinner had previously got the wicket of England vice-captain Nat Sciver (42), LBW, even as another India spinner Sneh Rana struck three times. Making a comeback after five years, Rana sure made her presence with frustraringly slow off-spin deliveries. From a position of dominance, 230/3 in 73 overs, England ended the opening day's play on 269/6 (92). Sophia Dunkley (12) and Katherine Brunt (7) were unbeaten. All-in-all, it was a day shared by both the teams. Catch Day 1 highlights and cricket scores of England Women vs India Women one-off Test match here:

11:10 PM IST: Stumps! Absorbing day of Test cricket. Brilliant batting, good spells and neat catches. Then reviews of all kinds. England reached 269/6 (92). And they are in a strong position to post a big total.

8:15 PM IST: Tea! England Women reached 162/2 (55) with skipper Heather Knight unbeaten on 47 off 100. She has vice-captain Natalie Sciver's company. Sciver not out on 11. Sneh Rana removed Tammy Beaumont for 66 to give India a second wicket.

Turkey Vs Wales, Live Streaming: When And Where To Watch UEFA Euro 2020, Group A Match