Eoin Morgan was England captain at the last Cricket World Cup when the Three Lions failed to get past the group stages. 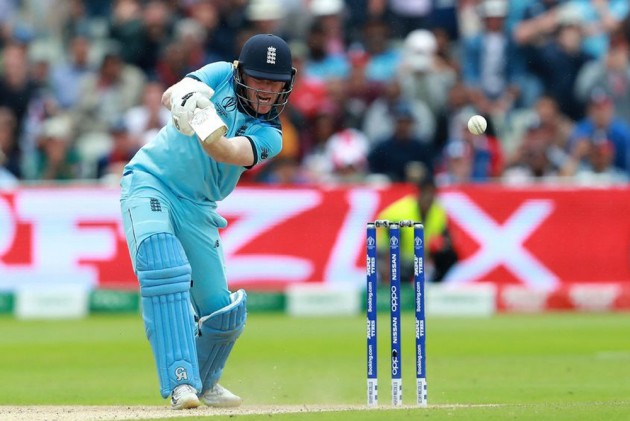 It is 10,000 miles and change between the bowels of the Adelaide Oval and the Long Room at Lord’s but it doesn't matter where your journey begins, so long as you begin it. And exactly 1588 days since England’s ICC Men’s Cricket World Cup defeat by Bangladesh, which effectively ended their 2015 campaign, they are back on their sport’s biggest stage for the first time in 27 years.

How Eoin Morgan has made every one of those 38,112 hours count, remodelling his team, alongside coach Trevor Bayliss, leading by brilliant example and imbibing a spirit of swaggering resilience.

Eoin Morgan has stood in the deepest valley, learned the lessons and is now just one step from the magnificent mountain top. It’s not quite the greatest comeback since Lazarus but it’s close.

Go back at look at how Morgan faced the media in Adelaide and compare to his demeanour in his pre-final press conference here in London.

The two occasions couldn’t be more different, one shadowed with sadness, the other brimming with optimism.

But the England skipper lives that Kipling line of treating the imposters of triumph and disaster both the same.

That is the key to the strange dichotomy of this Captain Morgan, swashbuckling and cavalier on the field and unerringly level-headed off it, a switch he flawlessly flicks every time he crosses the boundary rope.

He wants to win but he doesn’t fear to lose, it’s proved a potent cocktail for success.

Morgan likes to talk about learning more from failures than successes, his first Cricket World Cup, in the green of Ireland 12 years ago, saw him make 91 runs from nine innings.

Now every team seems to have their designated big hitters, who swing from the hip and pepper the boundary.

But when Morgan made his England debut it was like they’d broken the mould, conventional wisdoms were challenged by the fearless way he batted.

The ever-changing styles of world cricket mean Morgan is not so unique anymore - though 17 sixes in a 71-ball 148 against Afghanistan earlier in this tournament still puts him in a league of his own.

Growing up on the outskirts of Dublin, he learned his trade at Rush Cricket Club, where his father Jody captained the third team and his five brothers and sisters all played.

He was the star player in the under-11 team, aged just six. Cricket was already an obsession rather than a hobby, the road from the Leinster Cup to the World Cup not as long as it seems.

England players talk about Morgan’s captaincy in almost reverential tones. He backed them without hesitation and allowed them not to fear failure - a rare thing in sports leadership.

It’s said the bravest thing to do in sports is to rip-up the plan that got you to the big match when you suddenly realise it’s no longer working.

And Morgan is master of dropping plan A and thinking on his feet.

“You have to be adaptable. I don't think you can go into a game with any fixed plan,” he says. “Being adventurous and open to something different is something I'd encourage captains to do.”

Leading his team to a victory at a home World Cup would secure a plinth of his own in the pantheon of British sporting greats, joining the likes of Moore, Knight and others.

But you sense it wouldn’t change him at all, which makes Morgan’s story all the more remarkable.