Catch match and telecast details of the fifth Test match between England and India. The series ended 2-2 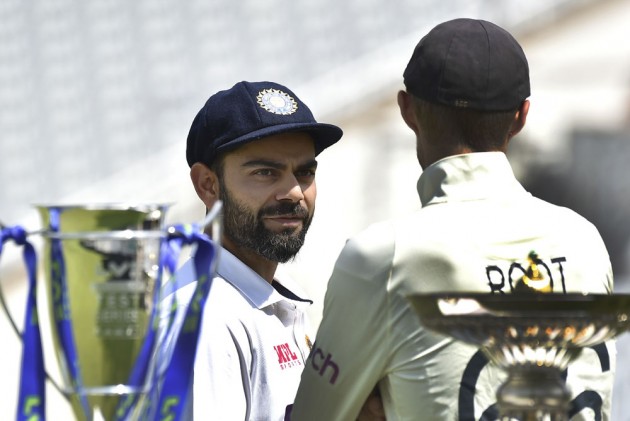 The match is on (now there are questions mark though; it's deferred, then CALLED OFF). That's the message everyone got from their veritable sources even as the fate of the fifth and final Test between England and India remains in the balance. And with that, we present you the match and telecast details.

India led the series 2-1 after victories in London -- at Lord's then at Oval. England's win came at Leeds, Headingly. The series opener at Trent Bridge, Nottingham ended in a draw with the rain playing spoilsport.

Then, COVID-19 played its part. For the third during the tour, the Indian camp was hit with assistant physio Yogesh Parmar testing positive for the virus. Earlier, wicket-keeper Rishabh Pant, then Ravi Shastri and three other members of the support staff were forced to quarantine. In fact, head coach Shastri and Bharat Arun, R Sridhar and Nitin Patel are still serving the mandatory quarantine.

But the match is on. And India, despite the health crisis, start favourites. Virat Kohli & Co are looking for their third win a series in England, an unprecedented feat for the tourists. Also, Kohli is on the cusp of becoming the first-ever Indian captain to win series in Australia and England. India need a draw, or even a no result (which is highly probable considering the looming rain) to achieve these feats. All they need is to avoid a defeat, or a forfeiture of the match, which their hosts have reportedly demanded after the COVID-19 crisis.

India, now a dominant force in world cricket, are catching up with the old order. But the head-to-head record is still lead by England, 49-31 in 130 previous meetings. 50 matches have ended in draws. Headingly defeat was their first against England in seven matches.

India are yet to win a Test match at the venue -- four defeats and draw five in nine Test matches.