India lead the five-match series 2-1 after wins at Lords and Oval in London. England won at Headingley, Leeds 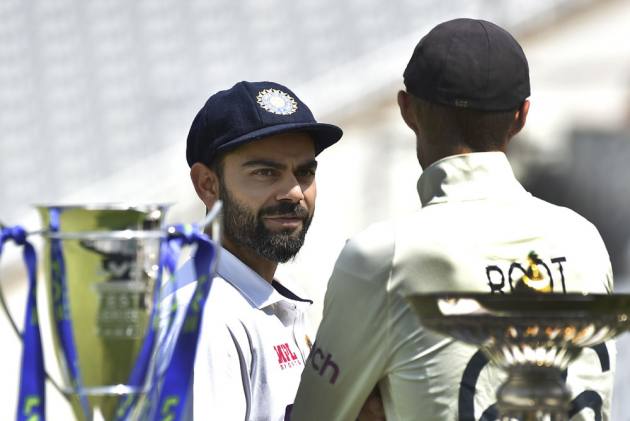 Jasprit Bumrah will have to squeeze every ounce of energy from his already overworked body while Ajinkya Rahane will hope to get one final chance to save his international career when India take on England in the fifth and final Test, chasing a historic series win. (More Cricket News)

The weather prediction for the game starting Friday would bring smiles in the Indian camp as there is forecast of rain during the first two days which increases the chance of Virat Kohli becoming the first Indian captain to win an away Test series both in Australia (2018-19) and England (2021).

However, just like the last four Tests, the visitors' line-up for the game is set to evoke curiosity.

At the heart of the conversation will certainly be Bumrah's workload after having bowled 151 overs already in the past one month, including 22 intense overs on the fourth and fifth day of the Oval Test which India won by 157 runs.

Just like Bumrah, another complicated "to be or not to be situation" surrounds Rahane's inclusion after his twin failures on a good batting deck at the Oval.

Six failures in seven innings with confidence shot to pieces is not the Rahane everyone is familiar with.

Yet, considering this is the last Test of the series, Kohli might think of giving his deputy one last chance failing which his India career might be in line now that he is 33 years old.

If not, then Suryakumar Yadav's flamboyance or Hanuma Vihari's doggedness could be used to unsettle the English attack which might be sans James Anderson, who has taken tremendous workload during this summer.

And workload is something that concerns India and especially Bumrah.

The manner in which Bumrah snuffed out Ollie Pope and Jonny Bairstow with lethal reverse swinging deliveries, the mere thought of not facing him would provide comfort to the brittle English batting line-up which hasn't lived up to expectations save skipper Joe Root.

With Mohammed Shami being declared fit, he is set to walk into the playing XI but skipper Kohli's call in absence of head coach Ravi Shastri and bowling coach Bharath Arun, both suffering from COVID-19, will be crucial.

In perfect bowling conditions that the Old Trafford provides at times, not playing Bumrah will be a travesty but then a T20 World Cup is there in six weeks time which will make any captain ponder over the worst of possibilities, including injuries which might hamper India's chances.

Umesh Yadav (6 wickets) and all-rounder Shardul Thakur (3 wickets 117 runs), after their respective impressive performances in the last game, aren't going to be benched and Bumrah is someone who will be required big time in the biggest game of the series.

In case, the team management looks at the bigger picture and decides giving Bumrah an option to cool his heels, then Mohammed Siraj, despite an underwhelming show in the last Test, will get a look-in.

The non-inclusion of Ravichandran Ashwin has been non-negotiable for captain Kohli, whose vote of confidence in Ravindra Jadeja's all-round skills has been partially vindicated if not fully.

But will Shardul's show with the bat induce Kohli to think differently and use the better spinner in Ravichandran Ashwin and not Jadeja?

Perhaps Ashwin may get a look-in when people least expect him to as Kohli is known to do the unexpected.

For England, Root is their first and only hope and he would like to shrug off the Oval disappointment and ensure that he crosses the 600-run mark for the series.

Just like Rohit Sharma, who would like to overcome his knee injury and breach the 500-run mark for the five Tests, which will be a tremendous achievement for someone who was not a natural Test opener.

Root will get support from deputy Jos Buttler, who will be back in the playing XI and may replace Bairstow.

Mark Wood is likely to share the new ball with Chris Woakes as both Anderson and Craig Overton are likely to miss the Test.

Pictures of Cheteshwar Pujara fielding during the training session would come as a welcome relief for his fans.