The West Indies, who won the first Test in Southampton before losing the second match in Manchester, are looking to capture a Test series in England for the first time since 1988 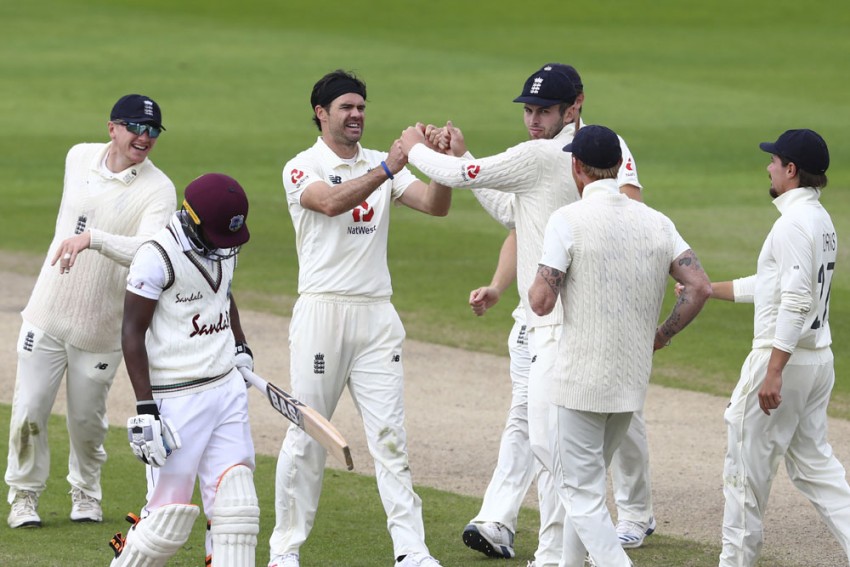 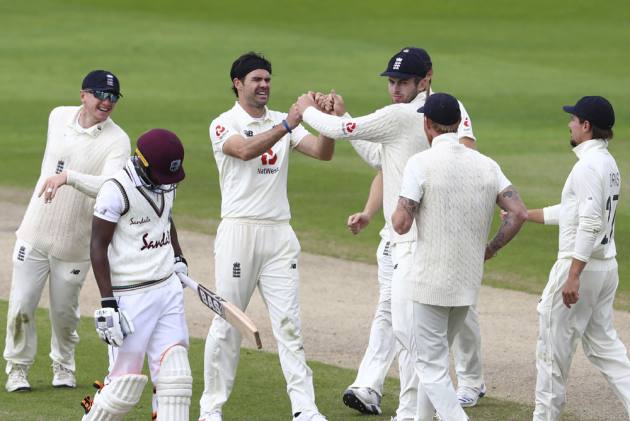 England pressed home their advantage in the deciding third Test by reducing the West Indies to 59/3 at tea on Day 2 after a rapid half-century by Stuart Broad helped the hosts post 369 on Saturday. (More Cricket News)

Broad backed up his 45-ball 62 by taking the wicket of Kraigg Brathwaite (1) in his first over and the Windies also lost its other opener, John Campbell (32), following a fierce delivery from Barbados-born Jofra Archer and Shai Hope (17) to a seaming ball from James Anderson.

The West Indies trailed by 310 runs, with Shamarh Brooks on 4 and Roston Chase on 0 in the face of some stingy, disciplined bowling from England's four-pronged pace attack under gray, threatening skies at Old Trafford.

The forecast rain never arrived in Manchester and England has consolidated its position after resuming its first innings in a healthy position of 258-4, despite an early collapse to 280-8 with wickets falling in four consecutive overs.

Broad wrested the momentum back in England's favour by opening his shoulders and recording a counterattacking, 33-ball half-century, which put him tied for third place in the all-time list of England's fastest Test fifties.

It was the left-hander's highest test score since 2013 and the best he has looked with the bat since breaking his nose while batting against India a year later, an incident which he acknowledged drained him of confidence against pace bowling and led to him using a sports psychologist.

Broad smashed nine fours and a six in a potentially game-defining ninth-wicket partnership with Dom Bess worth 76 runs.

Earlier, Ollie Pope fell first after failing to add to his overnight score of 91 and Jos Buttler only added 11 before departing for 67.

England added 111 runs before getting dismissed to bring up lunch.

Kemar Roach, who had 4-72, passed 200 wickets in tests by removing Chris Woakes. Now on 201 overall, he is only one behind the great Andy Roberts, who is eighth on West Indies' all-time list in Tests.

With an attack of Anderson, Broad, Archer and Woakes, England isn't short of pace options this test and three of them already have wickets.

Off the 10th ball of the reply, Brathwaite edged Broad to Joe Root at first slip.

Campbell was dropped by Ben Stokes at second slip on 10 and never looked fully comfortable before being set up perfectly by Archer. After a spate of full balls, Archer went short and into the ribs of Campbell, whose fend came off the splice and to Rory Burns at gully.

Just before tea, Anderson underlined why he is the master of the seaming ball by enticing an edge off Hope, with wicketkeeper Buttler taking the catch.

If MS Dhoni Thinks He Can Still Win Matches For India, He Should Play: Gautam Gambhir