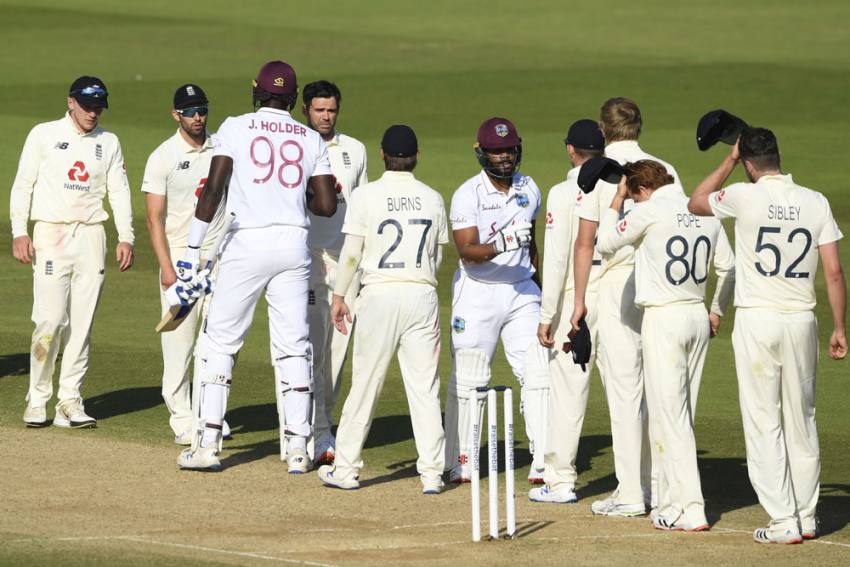 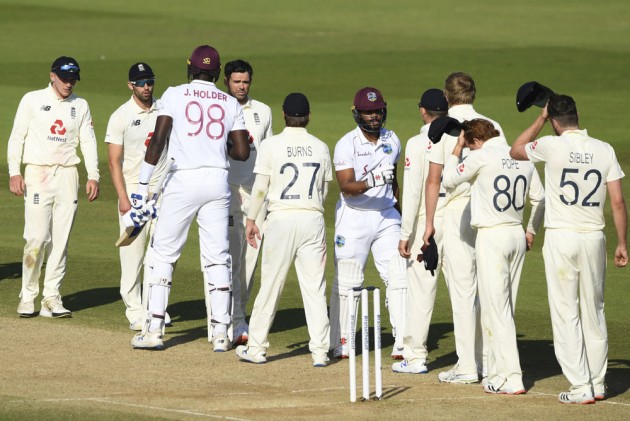 Jermaine Blackwood justified his recall with a magnificent match-winning innings as West Indies beat England by four wickets in a gripping first Test at the Rose Bowl. (More Cricket News)

Blackwood was given another chance to show he can cut it in the longest format after being dropped last year and he grabbed it with both hands on a tense final day behind closed doors in Southampton.

The Windies were set 200 to win a brilliant first international match since the coronavirus pandemic brought sport to a halt, Shannon Gabriel taking 5-75 - and match figures of 9-137 - to bowl England out for 313.

Barbados-born paceman Jofra Archer struck twice as the tourists slumped to 27-3, with John Campbell also retired hurt, but Blackwood came to the rescue.

The Jamaican made a mature, classy 95, hitting 12 boundaries before falling agonisingly short of a second Test century - five years after his first against England.

Roston Chase (37) provided great support for Blackwood, who was dropped on five and 20, and the Windies sealed only their second Test win in England in 20 years the final session.

Ben Stokes will face questions over his decision to bowl first in his first match as captain, with Joe Root set to return for a second Test starting at Old Trafford on Thursday.

Archer showed his ability with the bat after England resumed on 284-8, making a valuable 23 before he gloved Gabriel behind on the hook after Mark Wood nicked the paceman through to Shane Dowrich.

West Indies were in need of a solid start to the run chase, but a brilliant opening spell from Archer (3-45) made it very much advantage England.

Kraigg Brathwaite chopped on to the quick and the tourists still only had seven on the board when Shamarh Brooks was trapped leg before without scoring.

Campbell was also back in the pavilion retired hurt after being struck on the toe by Archer and Wood got in on the act by removing Shai Hope's off stump.

Chase survived an lbw shout before lunch, which was taken at 35-3, and Stokes could not take a chance to dismiss Blackwood in the slips, having misjudged where the ball would go.

Chase and Blackwood ticked over nicely, but a stand of 73 ended when the former fell to a brute of a delivery in a hostile spell from Archer after Zak Crawley made a mess of a run-out opportunity.

Blackwood played with great composure and brought up his half-century after Dowrich successfully reviewed, having been given out caught at slip off his elbow.

The tourists needed 57 in the final session with six wickets left and Stokes removed Dowrich (20) in only his fifth over after he had him caught from the previous ball but overstepped.

Blackwood kept a cool head and looked in complete control of the situation before driving Stokes (2-39) to James Anderson at mid-off to miss out on three figures.

Campbell returned to join captain Jason Holder at the crease with 11 needed to triumph and the opener hit the winning runs off Stokes to seal a great victory for the Windies.