ENG Vs IND, 3rd Test: Virat Kohli Says, Rishabh Pant Will Get All The Space He Needs After Headingley's Loss 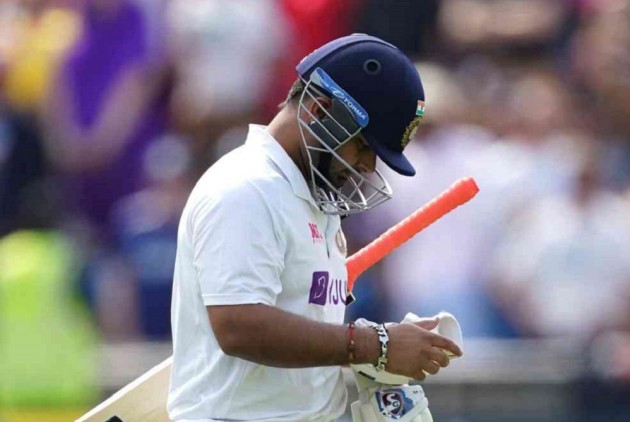 India skipper Virat Kohli on Saturday backed under-fire wicketkeeper Rishabh Pant, saying the team management will give him all the space that he needs in the remainder of the five-Test series against England. Highlights | Gallery | Scorecard | News

The 23-year-old Pant, who has played in all the three Tests so far in the ongoing England series, hasn't been able to get going with the bat, managing 25 at Nottingham, 37 and 22 at Lord's, and 2 and 1 at Leeds for a total of only 87 runs.

"Consistently we are not losing, this is what I mean, when I say that, we failed this game as team definitely and we take responsibility for that," Kohli said at the virtual post-match press conference when asked whether Pant's lack of runs was creating problems for the lower middle-order.

India suffered an innings and 76 runs defeat against England in the third Test as pacer Ollie Robinson (5/65) ripped apart the visiting batting line-up in the second innings.

India were bundled out for 78 in the first innings while the hosts responded with 432 courtesy skipper Joe Root's 121.

"Similar conversations were being initiated about (Cheteshwar) Pujara as well, which seemed to have disappeared after yesterday, so we want to give, as I said in the past, Rishabh all the space to play his game and understand situations and take responsibility like it is expected of everyone else in the batting order," said Kohli.

According to Kohli, cricketers cannot be judged all the time on the basis of numbers.

"You can't judge people all the time on numbers, and whether they are succeeding or failing, that is not how you make a team.

"There is still time in this series. After two more Test matches, we can look back and reflect and analyse, okay these are the areas that were not quite right but at this moment, it's not the time," the skipper said.

Pujara, who was not among the runs prior to the third match, got back to form here with a 91, although in a losing cause.

"We are very pleased with how Cheteshwar batted this innings, outside noise, we don't know what's going on and we don't care. So that is none of our business.

"We know that he was playing well and it was just a matter of time, when he starts to find his rhythm again," Kohli quipped.

According to the skipper, the team does not analyse itself on the basis of numbers.

"Look this game has been kind of an aberration in how we have gone in this series, first two games, we put ourselves in positions where we won one game and we had the opportunity to win the first one as well.

"So we analyse ourselves as a team in terms of what situations we are putting ourselves in, not with numbers, that all happens on the outside.

"So, whether we are helping the team to build partnerships and are we putting the team in good positions, is our only focus and there is no connect between the focuses on the outside and focuses within the group," he signed off.

The fourth Test will be played from September 2-6.