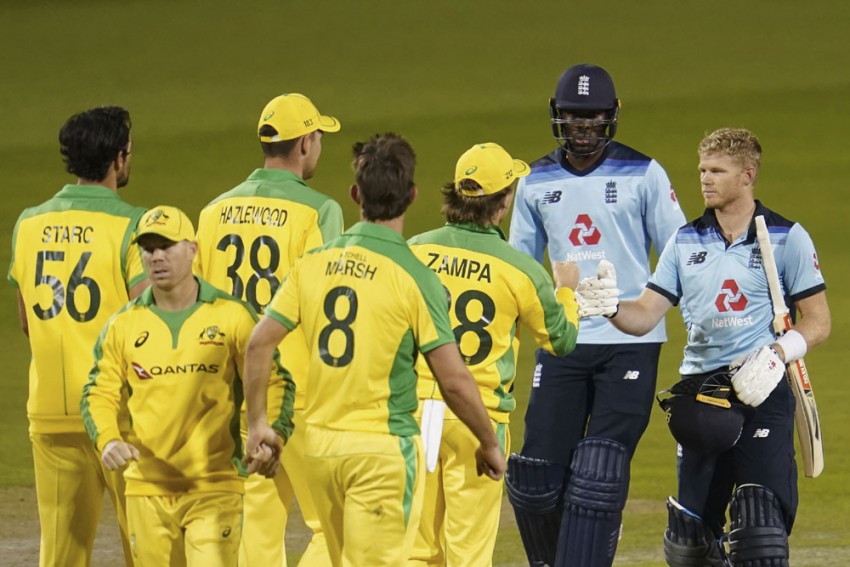 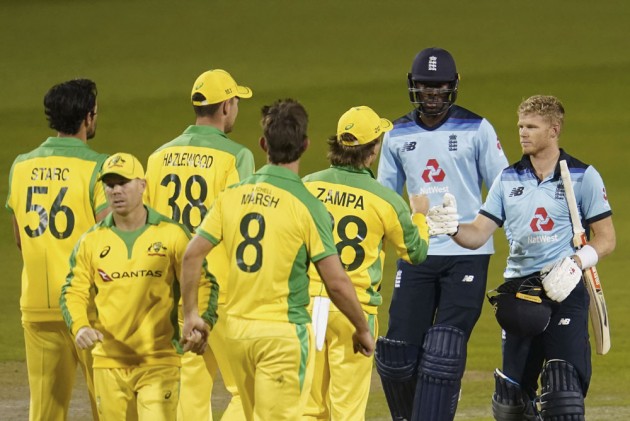 Without Steve Smith – who suffered a blow to the head in training on Thursday – Australia still managed to set a target of 295, leaving England facing a record run chase in an ODI at Old Trafford to secure victory.

Maxwell eventually succumbed to an excellent ball from Jofra Archer, who had dismissed David Warner (6) with a magnificent delivery early on.

Marsh was pinned lbw by Mark Wood as Australia lost late wickets, though hosts England were then reeling at 57-4 in the 17th over of their reply, with Hazlewood (3-26) in fine fettle.

Jonny Bairstow (84) and Billings (118) took the fight back to Australia, yet England ultimately fell short on 275-9 as the world champions succumbed to a second defeat from the last three 50-over meetings with their great rivals.

Archer's wicked bowling sent Warner's stumps flying in the fourth over, and Wood had Aaron Finch (16) walking soon after when Australia's captain clipped an edge to Jos Buttler.

Wood and Buttler combined again to dismiss Marcus Stoinis for 43 in the 16th over, with Adil Rashid dismissing Marnus Labuschagne (21) lbw soon after.

While Marsh ticked over, Maxwell wasted little time in getting into his stride, and moved to 50 two balls after hitting Rashid for a huge six over midwicket.

Archer was the recipient of similar treatment for back-to-back sixes in the 44th over, yet he had his revenge the next ball when Maxwell dragged a slower delivery onto his stumps.

Pat Cummins (9) fell in Archer's next over, with Wood sending Marsh back to the pavilion and Chris Woakes dismissing Alex Zampa (5), before Mitchell Starc hit a six from the last ball of the innings as Australia finished on 264-9.

Hazlewood started impressively with the ball, taking a wonderful one-handed catch to dismiss Jason Roy (3) from his own bowling in the fourth over, and the paceman had his second wicket when Joe Root edged to Carey on one.

Two fours and a big six from Eoin Morgan (23) got England back on track, though the home captain soon picked out Maxwell from a Zampa delivery.

Zampa had a second wicket when Labuschagne took a smart catch to dismiss Buttler, and it was then that Bairstow and Billings began to unleash some thumping shots.

Bairstow, after hitting four fours and four sixes, was out in the 36th over – Hazlewood racing around in the outfield to take a fantastic diving catch – with Moeen Ali following quickly.

With Billings still in, England had hope, and despite losing Woakes and Rashid, he played some inventive shots as he moved beyond 100.

However, with 28 needed from the final over, England did not have enough fire-power – Marsh having the final say as he ended Billings' defiance to wrap up an impressive win.