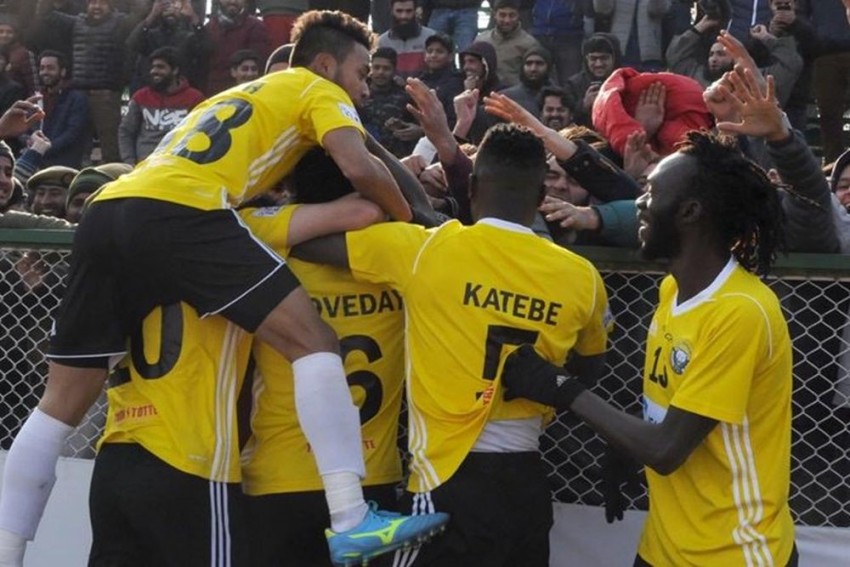 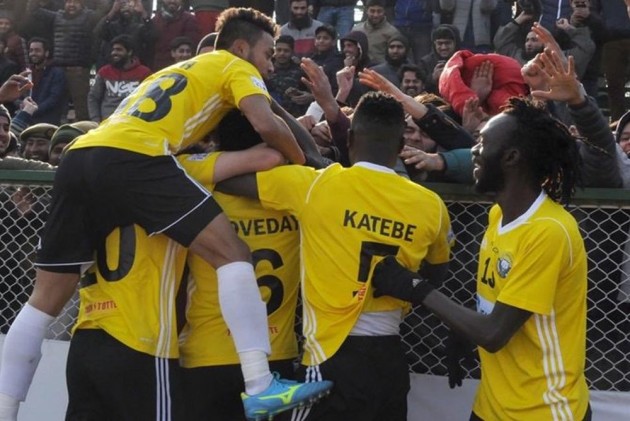 At the Kalyani Stadium, Real Kashmir FC, who participated in the tournament despite trouble back home in the Valley, inched closer to secure a semi-final berth.

Their second successive win took them to top of the group C table with six points from two matches.

Chesterpoul Lyngdoh struck a brace (3rd, 39th), while Singam Subash Singh (33rd) and Khaidem Vicky Meitei (90+2nd) scored one each against the Bengaluru-based Army outfit who were reduced to nine players in the second-half.

Trailing 0-3, all hell broke loose for the Army side when Sajesh Muttath and Laishramnanishsingh were given marching orders in 52nd and 55th minutes respectively by referee Crystal John.

They tried to put up a fight but only to concede another goal at the fag end of the match with Meitei completing the rout.

The Army Green were dished out a third red card, but this time after the final whistle with the offender being Vibin T V.

In their final group league fixture on August 17, the Snow Leopards will take on FC Goa who are in the second spot with three points from one match.

Having suffered a defeat in the Durand Cup opener against Mohun Bagan, Mohammedan Sporting returned to winning ways in an eight-goal thriller at the Mariners' home ground.

All the action was confined to second-half with the second division I-League team finally ending the goalless stalemate in the 56th minute.

The Ivorian forward possibly had the most impressive performance in the ongoing Durand Cup as he toyed with Indian Navy's defence to score four more goals in the 72nd, 76th, 86th and 90th minute, the final one coming through a penalty.

Ugandan recruit Mudde Musa scored the only other goal for MSC in the 62nd minute.

A long ranger from the corner of the penalty box by Britto P M in the 71st minute opened the sheet for Navy, seconds before Kouassi would net his second.

The final moments of the match saw some intense action with another penalty coming at 90+6, this time in Navy's favour and Britto taking the day's Durand Cup goal count to 12.

Mohammedan Sporting will face ATK for their final match of group league on August 16, while Navy will face the current group B toppers Mohun Bagan on August 17.