Both Bengaluru FC and Jamshedpur FC are tied at the bottom of Group A in the Durand Cup 2019 with one point each, and a first win would propel either of them into second place behind Group winners East Bengal 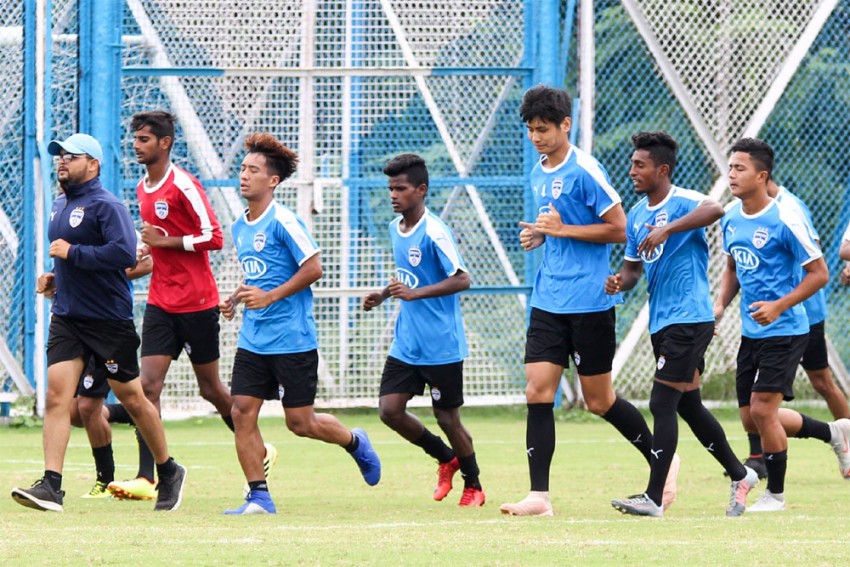 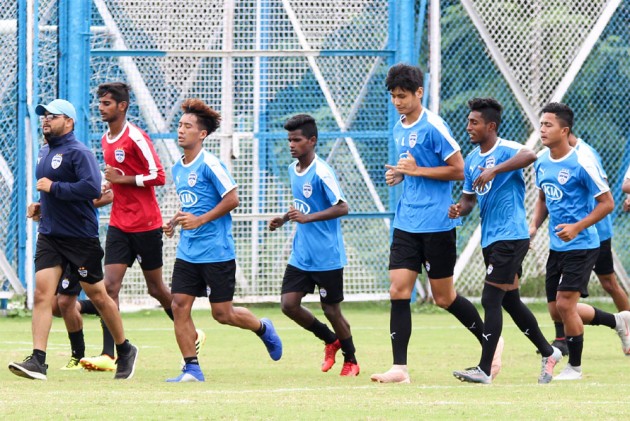 Bengaluru FC will be keen to end their Durand Cup 2019 campaign on a high as they take on Jamshedpur FC Reserves in their final Group A clash at the Salt Lake Stadium, in Kolkata on Saturday. Both sides are tied at the bottom of their group with one point each, and a first win would propel either of them into second place behind Group winners East Bengal (9 pts) providing enough motivation ahead of the inconsequential tie.

The Blue Colts go into the game on the back of a disappointing 2-1 loss to East Bengal, a result which ended their hopes of making through to the knockouts. And while it was heart-breaking for the young squad, Head Coach Naushad Moosa wants his boys to take the positives and shift their focus on the final game of the campaign. “The entire team realizes that they have missed a great opportunity of beating a strong side like East Bengal. They know that if they work as a team, they can give their best and achieve a lot more. Our aim is to keep growing by playing good football and trying to win games. The tie against Jamshedpur is no different, and we just have to go out and give our 100 percent. But at the same time, it’s also important to maintain consistency in individual and team performances,” said Moosa.

Defeat against East Bengal was a tough pill to swallow for the Blue Colts who dominated and took the lead in the first half against a much-superior opponent. However, a lack of experience showed in the second half where they were caught on the counter-attacks. Moosa believes games like these will help them grow as professional footballers and that it’s all part of the process at Bengaluru FC where the focus is on team philosophy.

“The players were really disappointed with the result on Wednesday, because they know they could have won it. A couple of defensive errors and losing the ball too easily in the first quarter of the second half let us down. The boys realize how important it is to maintain a team philosophy and the style and system of play. When we stuck to our game-plan, we made a strong team suffer, but then we lacked experience of the occasion. But it’s all part of the process and the players have learned that it’s very important to be focused throughout the game and they don't want to make the same mistakes again. The Durand Cup has given them faith and confidence in their abilities to perform at a higher level and they want to go back home with their heads held high,” added Moosa.

On the team news front, the Blues have a few injuries of their own, but Moosa intends to make a few changes for the final game, “Ajay Chhetri twisted his knee towards the end of the second game, and though it doesn't look very serious, we don't want to take any chances and may rest him. I was impressed by the way Rakesh (Meitei) and Akashdeep (Singh) came in as substitutes in the final minutes and played with so much confidence. So, I would like to give more chances to the youngsters who have been training hard since the beginning of the season.”

The game kicks off at 3 pm on Saturday and will be streamed live on the Addatimes website and Mobile app.