Home  »  Website  »  Sports  »  Did Not Know I Have Qualified For Doha World Athletics Championships: Neeraj Chopra

Did Not Know I Have Qualified For Doha World Athletics Championships: Neeraj Chopra 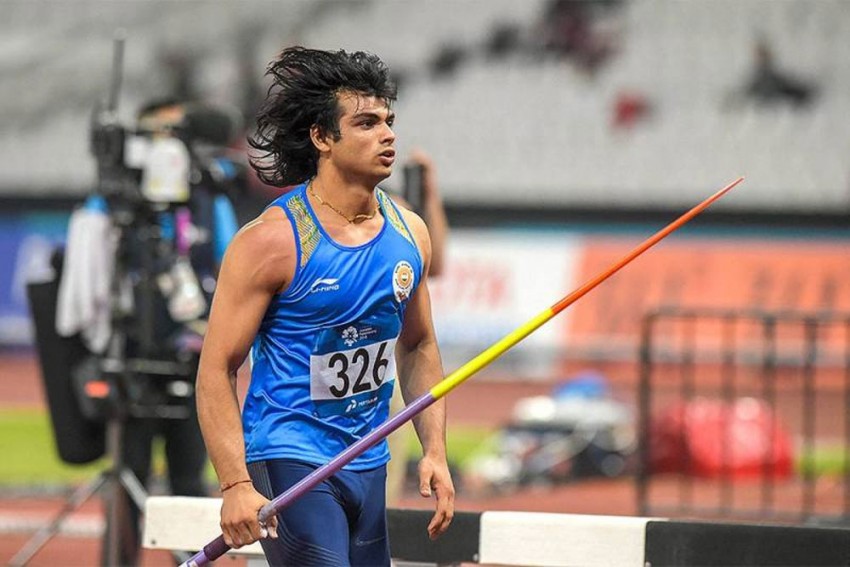 Neeraj Chopra is currently based at Inspire Institute of Sports at Vijayanagar in Karnataka after his surgery on May 2.
File photo
PTI July 25, 2019 00:00 IST Did Not Know I Have Qualified For Doha World Athletics Championships: Neeraj Chopra 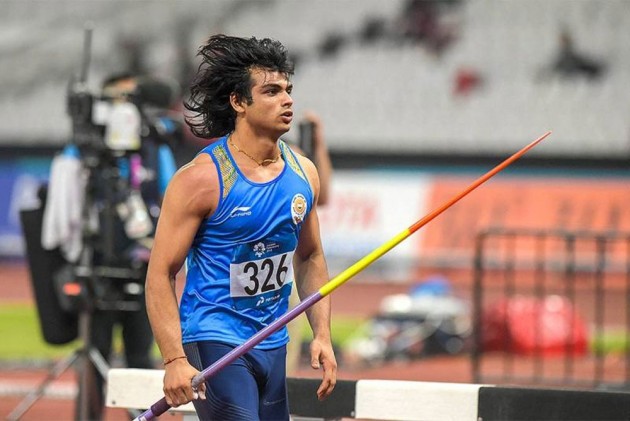 Star javelin thrower Neeraj Chopra on Thursday said he would consider participating in the IAAF World Athletics Championships later this year after it emerged that he has qualified for the showpiece event.

Earlier, there was a confusion on whether Neeraj has qualified for the September 27 to October 6 event in Doha with officials having no clarity that Indian's 83.90m mark during the 68th All India Inter-Services Athletics Championships at Jalahalli (September 17-20) would be considered for World Championships qualifications.

An AFI source confirmed that Neeraj has qualified for the World Championships from the Services meet though a final decision on his participation will be taken later.

"Technically, Neeraj is qualified by virtue of his performance (at Services Meet). However, final selection rests with the selection committee of the AFI," the AFI source told PTI on the condition of anonymity.

The IAAF (international athletics federation) listed Neeraj's performance at the Services meet at the 91st position in the 2018 men's javelin throw in all athletes' chart (including repetitive performances), which would mean that the international body recognises it.

Under rules, all performances must be achieved during competitions organised or authorised by the IAAF, its Area Associations or its National Federations and conducted in conformity with IAAF Rules.

Neeraj, who is recuperating after a surgery on his right elbow (throwing arm) in May, said he was contemplating skipping the World Championships thinking that he has not qualified for it but he may change his mind if he made the cut.

"The last date of qualification for World Championships is September 6 and so I was thinking of not taking risk and try to qualify for the event. But if I have already qualified then I can think of taking part in the World Championships since by that time (end of September) I can be fit and can try for it," he said from his training base in Karnataka.

The 21-year-old Neeraj is currently based at Inspire Institute of Sports at Vijayanagar in Karnataka after his surgery on May 2.

"I did not know that I have qualified for World Championships. I was thinking that if I have to participate I have to qualify before September 6. That would have been difficult for me and a risk also to participate in a competition and try to qualify," he added.

"If I have already qualified for the World Championships, I can take it easy for some time without exerting myself much and I feel I can get fit by the end of September."

Services Sports Control Board Secretary Satyavrat Sheoran said that dope samples were collected by NADA officials during the meet and AFI also sent technical officials to oversee the event.

"It may be that the AFI has the final authority to decide on whether the results will be taken for consideration of a selection or for the qualification of a higher event. I cannot comment on that but I can tell you that the meet was approved by the AFI. NADA officials came and collected dope samples and AFI technical officials were also there," he said.

National record holder Neeraj won the gold in Commonwealth Games (86.47m) and Asian Games (88.06m) last year to emerge as a true world-class javelin thrower and Olympic medal prospect. But injury issues cropped up and he had to skip the Asian Championships in April as he had to undergo a surgery on his right elbow in May.