Croatia Vs Czech Republic, Live Streaming: When And Where To Watch UEFA Euro 2020, Group D Match 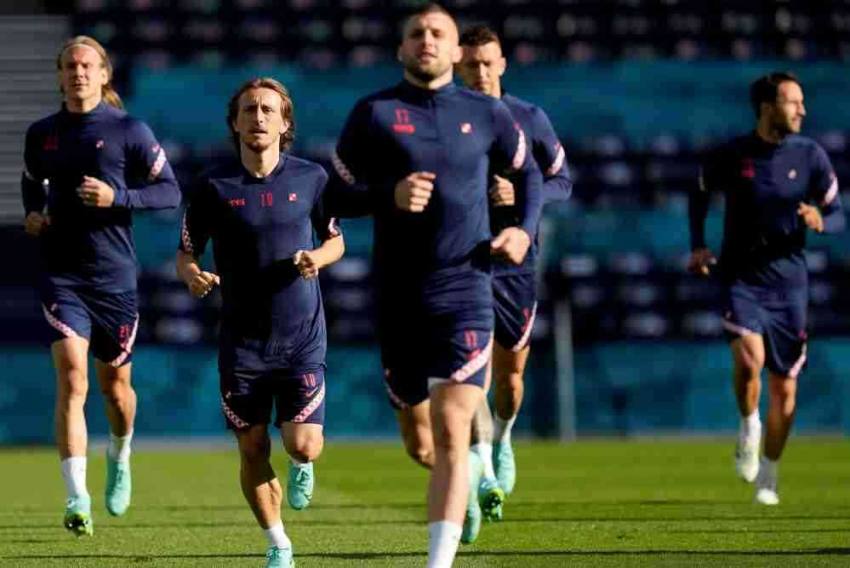 Croatia's Luka Modric, 2nd left, runs with his teammates during a training session at the Hampden Park Stadium in Glasgow on Thursday, June 17, 2021, the day before their Group D Euro 2020 match against Czech Republic. Croatia lost 1-0 in their opening match against England.
AP Photo/Petr David Josek
Outlook Web Bureau 2021-06-18T17:02:23+05:30 Croatia Vs Czech Republic, Live Streaming: When And Where To Watch UEFA Euro 2020, Group D Match 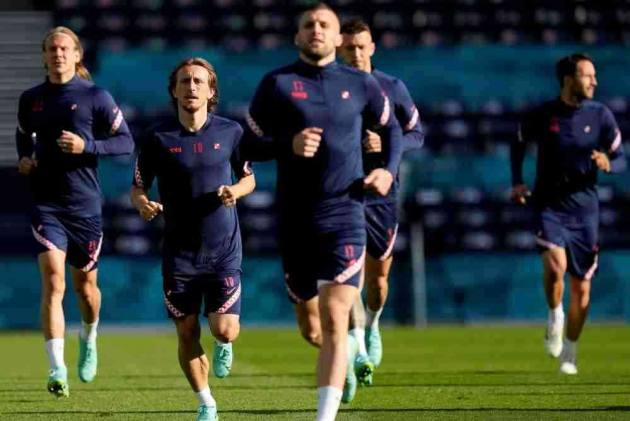 Under pressure to deliver at Euro 2020 after reaching the World Cup final three years ago, Croatia was stifled against England in the first group match and lost 1-0.

Croatia assistant coach Vedran Corluka called on the team to be "more dangerous" and "attack-minded" in the Group D game against Czech Republic at Hampden Park on Friday.

"We know that our problem lately has been our finishing," Corluka said. "We are working to fix that for the next game. I am certain we will be much better and more dangerous."

But Corluka knows Croatia's next opponents very well and how tricky they can be. He played in central defense when Croatia threw away a two-goal lead against the Czechs in a group match at Euro 2016 that finished 2-2.

And he thinks they are even better this time around.

"The Czechs today are a much more dynamic team, much faster, and I think much more unpleasant, so it will be harder for us," he said.

Much of the Czech Republic's threat comes from Schick, who scored twice in a 2-0 win over Scotland on Monday, including a recording-breaking goal from near the halfway line when the striker spotted the goalkeeper far off his line.

But Croatia isn't planning to change its defensive tactics to deal with Schick.

"We will not strictly man-mark him, because we have never done that, and we will not do it on Friday," Corluka said.

Other Czech players that Croatia will have to shut down are midfielders Jakub Jankto, who Corluka described as "fast and dynamic," Vladimir Darida, Tomas Soucek and Alex Kral.

"They are very dangerous going forward and we most certainly won’t rush for three points from the very beginning," Corluka said.

"We want to win, but we will try to do it in a calmer way, without leaving space for Czech counterattacks or dangerous situations."

For Croatia, playmaker Luka Modric will need to step up his game after failing to shine against England at Wembley Stadium. He was forced into deeper positions by England's defense, a situation he will have to overcome against the Czechs.

But Czech Republic players don't think the 35-year-old Modric, who won the 2018 Ballon d’Or, has lost his finesse, or his ability to dictate play in midfield with his passing and vision.

"He's an excellent player and keeps proving that in every game," Czech Republic backup goalkeeper Tomas Vaclik said. “He has achieved so much."

Czech Republic defender Ondrej Celustka said Modric "is the brain of their play, he will get a lot of ball and try to get loose from the players marking him."

After beating Scotland in their first match, the Czechs are going into Friday's game with confidence as they lead Group D on goal difference and are looking to advance to the round of 16.

"It’s impossible to do that. We will go onto the pitch determined to win." (AP)

Head-to-Head: Croatia lead h2h count with two wins and one draw. Czech Republic are still searching for their maiden win.