During a practice session on June 19, India's Vijay Shankar gave an injury scare after being hit by a Jasprit Bumrah delivery. 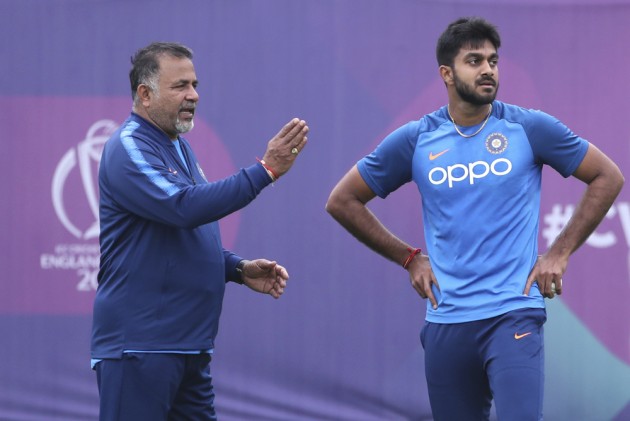 With Shikhar Dhawan already ruled out of the ongoing Cricket World Cup, India's all-rounder Vijay Shankar is the latest on the list! The 28-year-old was hit on the toe during a rain-drenched session, on June 19.

According to reports, it was a yorker from pacer Jasprit Bumrah, which hit Shankar on his toes. Also, it is being reported that the incident is nothing to worry about!

According to a PTI report, a source revealed that Shankar was in immense pain, but it subsided soon.

Making his World Cup debut against Pakistan, he registered a couple of wickets including Sarfaraz Ahmed's.

Dhawan has been ruled out of the ongoing Cricket World Cup due to a fractured thumb. The India opener has been replaced by Rishabh Pant. The left-handed batsman was hit by Australian pacer Nathan Coulter-Nile's delivery earlier in the tournament. Dhawan scored a century in that match as India won by 36 runs. After being hit on his thumb, Dhawan looked to be in considerable pain, but carried on to score 117 off 109 balls. However, he didn't take the field during Australia's innings.

Other than Dhawan, bowler Bhuvneshwar Kumar will be out of action for eight days, and will be back before the England clash on June 30.