Afghanistan were beaten by 34 runs by Sri Lanka in front of 11,800 fans at the Cardiff Wales Stadium. Gulbadin Naib said Afghanistan’s wayward bowling early on cost them the chance of a Cricket World Cup 2019 victory. 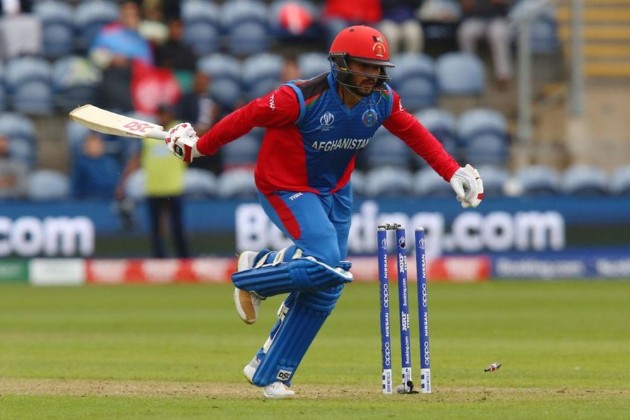 But wayward bowling at the start allowed Sri Lanka’s openers to plunder 79 off the first ten overs – the most prolific Powerplay of the tournament so far.

In all, Afghanistan gave away 35 extras, which proved to be Sri Lanka’s second top scorer as they secured a nail-biting 34-run rain-affected win on DLS.

Asked if he believed that his side should have won at various stages, Gulbadin said: “Not really because we didn’t start well with the ball and didn’t bowl enough in the right areas in the first 10 overs. I think maybe the bowlers didn’t take enough responsibility.

“We were better in the middle and credit must go to how Rashid Khan, Hamid Hassan and Mohammad Nabi bowled.

“But we missed something at the start and if we didn’t give away 35 extras then maybe Sri Lanka don’t score 201.”

Gulbadin said his side struggled to adapt to the seamer-friendly conditions, adding: “Sri Lanka are an experienced team who have played a lot in these type of conditions whether in New Zealand or England.

“The wicket was completely different to the one we played on against Australia at Bristol. I was telling my guys to play straight and to take their time but they struggle a lot on these kind of surfaces.”

He continued: “We lost some wickets at the start. Me and Najib tried to keep calm, play straight and not to go for the runs. But the main thing is Sri Lanka bowled really well – credit must go to their bowlers.”