India's coronavirus patient count is 31 at this point, including 16 Italian tourists but internationally, the deadly outbreak has so far killed more than 3,300 people and infected nearly 100,000 in about 85 countries 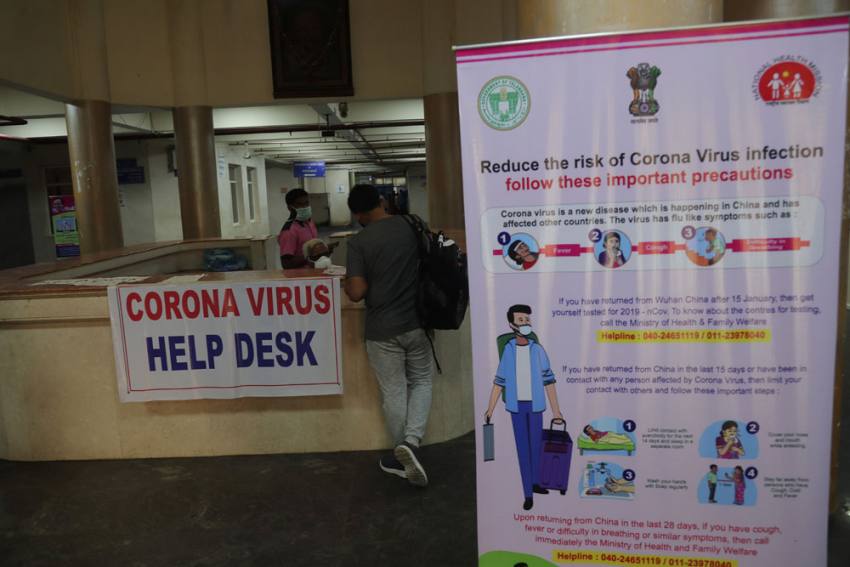 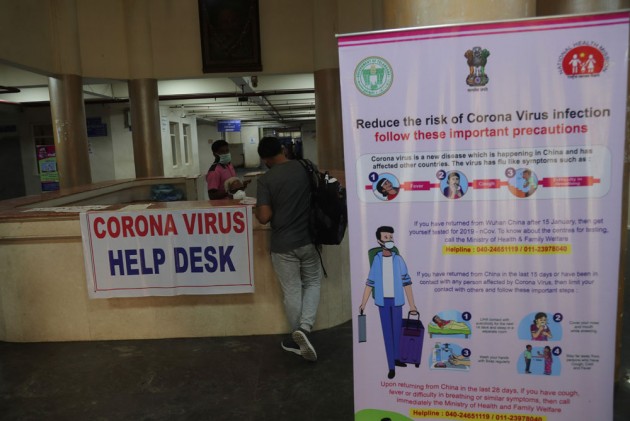 The World Cup of shooting became the first major sporting event to be postponed in India due to the global novel coronavirus outbreak, which has also impacted the Olympic preparations of the country's top athletes. (More Sports News)

The event, which was to be held from March 15 to 25 in the national capital, had to be postponed, while an Olympic Test event in Tokyo, scheduled from April 16, stood cancelled.

India's coronavirus patient count is 31 at this point, including 16 Italian tourists.

Internationally, the deadly outbreak has so far killed more than 3,300 people and infected nearly 100,000 in about 85 countries.

But amid the uncertainty, cricket's glitzy T20 extravaganza -- the IPL -- looks set to roll out as planned on March 29 in Mumbai.

BCCI President Sourav Ganguly, while talking to PTI on Friday, asserted that all "preventive measures" will be in place to ensure that neither the players nor the fans are impacted by the fast-spreading health crisis.

The shooting World Cup, on the other hand, will now be held in two parts before the Olympic Games.

"It is proposed to divide the World Cup in two parts and hold Rifle and Pistol competitions on May 5-12, 2020, while Shotgun competitions – on June 2-9, 2020," the International Shooting Sport Federation (ISSF) said in a statement.

The decision was taken after tournament organisers -- the National Rifle Association of India (NRAI) -- approached the ISSF with a proposal to postpone the event.

That request was triggered by the government-imposed restrictions on the entry of travellers from affected countries such as China, Italy, South Korea, Japan and Iran, in a bid to contain the outbreak.

In all, 22 countries had pulled out of the Delhi event, an official in NRAI told PTI.

But the IPL faces no such threat, asserted Ganguly.

"IPL is very much on. Everywhere, the tournaments are going on. England are already in Sri Lanka. South Africa are here. There are no issues," he said.

Asked about the precautionary measures to ensure that players and fans are not affected, Ganguly said a medical team is thrashing out the specifics.

"We will take all precautions. I don't know exactly what are the extra measures. It's only medical team which will tell us about that," he said.

"The medical team is already in touch with the hospitals so that everything is available. We will do what the doctors say. They are the professionals," he added.

The coronavirus outbreak has severely impacted the global sporting schedules with one of the disease epicentres, Italy, banning fans from venues till April.

Olympic test events have been postponed or cancelled in Japan, another badly-affected country.

There are growing concerns about the fate of the Tokyo Olympics in July-August despite the International Olympic Committee's assertion that the quadrennial showpiece will go ahead as planned.

In another development, the Sports Authority of India (SAI) said it will suspend biometric attendance for staff and athletes at its centres across the country.

"The coronavirus is taking a gigantic shape. In a day or two, we will come out with an order to temporarily suspend biometric attendance for our employees in all our centres," a top SAI official said.

"It is one of the precautionary measures we are taking to control the spread of the deadly disease."

On the sidelines, India's top athletes such as P V Sindhu and Bajrang Punia spoke about the adverse impact that the crisis has had on their Olympic preparations.

"It (coronavirus) has just come out and has become too much now. It's a bad thing to happen in an Olympic year. Few of the tournaments have been cancelled, so we will have to wait and see what happens," said Sindhu.

"We are facing difficulties in going out of the country for training. Travel bans have been put in place for many countries which is hampering our preparation," added three-time world medallist Bajrang Punia, one of India's top Olympic medal hopes in wrestling.

"We are going to Russia for training but some wrestlers are nervous after the Asian Olympic Qualifier was cancelled," he added.

India's sprint ace Dutee Chand, who is yet to qualify for the Tokyo Games, said an event like the Olympics can't be held if majority of the competing nations decide to skip because of the virus.

"My three competitions abroad have been cancelled. I had booked my tickets but didn't get visa due to coronavirus," she said.

"...if the situation remains the same then it will be a threat for all athletes. Olympics is a big event and it cannot be held if 26 or 27 countries decide not to participate," she added.