Argentina captain Lionel Messi scored in the second half via a penalty, to salvage a draw for Argentina against Paraguay in the ongoing Copa America. 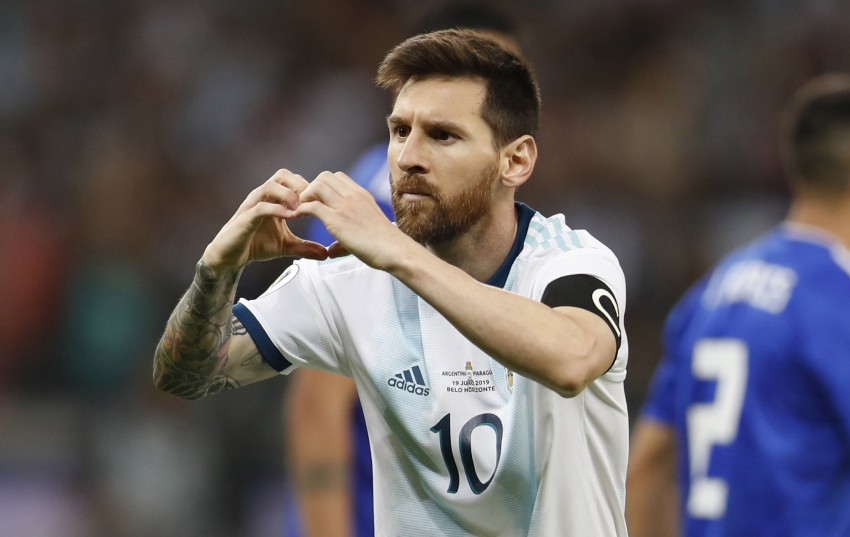 Barcelona star Lionel Messi scored the only goal for Argentina, in what turned out to be a close encounter in the Copa America.
AP
PTI 2019-06-20T10:07:04+05:30 Copa America: Lionel Messi Penalty Rescues A Point For Argentina In Draw Against Paraguay 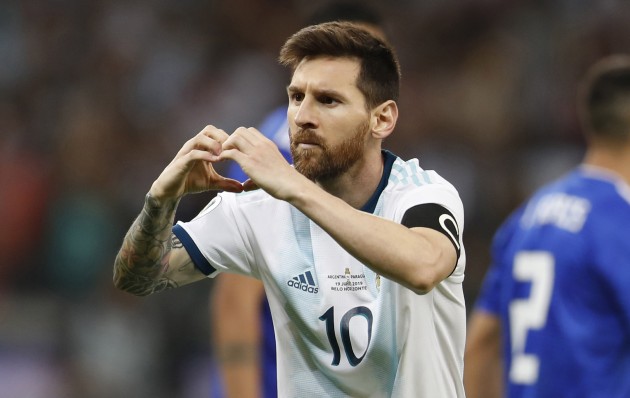 A Lionel Messi penalty salvaged a 1-1 draw for Argentina against Paraguay as the two-time world champions once again struggled at the Copa America.

Messi swept in a 57th-minute spot-kick at Belo Horizonte's Mineirao Stadium to cancel out a first-half opener from Paraguay's Richard Sanchez.

Argentina also had goalkeeper Franco Armani to thank for a second-half penalty save that prevented Paraguay from taking a 2-1 lead in the Group B battle.

The draw left Argentina with one point from two games and on the bottom of the table with one game remaining.

However, with the two best third-placed teams advancing to the quarter-finals, Argentina can still reach the last eight with a decisive win over Qatar in their final group game.

The South American giants will need to raise their game however to advance any further after another disjointed performance which followed their opening defeat to Colombia on Saturday.

A lacklustre opening saw both sides struggle to generate any sort of attacking momentum, with neither side managing to get a shot on goal until Paraguay striker Derlis Gonzalez's effort was deflected behind for a corner in the 29th minute.

That flurry of activity spurred Argentina fleetingly at the other end, with Lautaro Martinez winning a free-kick in a dangerous position on the edge of the area after a foul by Paraguay skipper Gustavo Gomez.

Messi, however, was unable to conjure anything from the free-kick, floating his effort up and over the wall but without the pace to trouble goalkeeper Roberto Fernandez, who gathered comfortably.

In the 37th minute however, Paraguay's more organised performance got its reward.

The livewire forward turned on the after-burners to roast Roberto Pereya down the left wing before crossing for Sanchez who drove a low finish into the bottom corner of the Argentina net.

A rattled Argentina were given a huge let-off moments later when Armani came racing out of his area to shut down Gonzalez.

A wild kick brought down the Paraguayan player but Armani somehow escaped a red card and was only cautioned.

Argentina coach Lionel Scaloni went for broke at half-time, bolstering his attack with the introduction of Sergio Aguero and the move paid instant dividends.

Aguero deftly lost his marker on 51 minutes and pulled back for Martinez, whose shot cannoned off the woodwork. Messi pounced on the rebound but Fernandez blocked with a diving save.

The chance appeared to have gone begging but VAR had spotted that Martinez's shot had, in fact, struck Ivan Piris's arm before hitting the bar and Brazilian referee Wilson Sampaio pointed to the spot.

Messi stepped up to sweep in the spot-kick and Argentina were level.

Yet there was more drama in the 62nd minute when Paraguay's Gonzalez burst into the box and was clumsily hacked down by Nicolas Otamendi for a clear penalty.

Armani, who was fortunate to be on the pitch, dived the right way and parried Gonzalez's spot-kick wide.