CONMEBOL responded to allegations of corruption as they labelled Lionel Messi's comments "unacceptable" and "unfounded" at the Copa America. 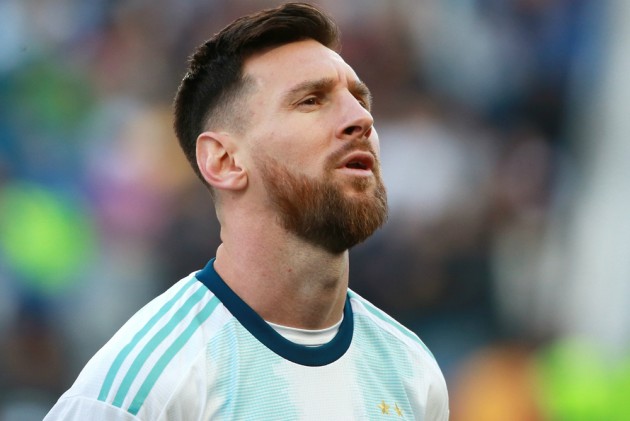 CONMEBOL responded to allegations of corruption as they labelled Lionel Messi's comments "unacceptable" and "unfounded" at the Copa America.

Argentina defeated Chile 2-1 in the third-place play-off on Saturday, but Messi railed against "corruption" and "a lack of respect" following his red card against the two-time reigning champions.

Messi – who was controversially dismissed in the first half after an altercation with Gary Medel – vented his frustration post-match, having criticised the officiating following Argentina's semi-final loss to hosts Brazil.

The Argentina captain's allegations angered the South American football governing body, which hit back in a statement.

"In football sometimes you win and sometimes you lose and accepting the outcome of a match with loyalty and respect is a fundamental pillar of fair play. Same goes to the refereeing decisions, that are human and will never be perfect," the statement read.

"It's unacceptable that because of incidents proper to the competitions, where 12 Nations competed in, all in equal condition, there have been unfounded accusations that misrepresent the truth and put to judgement the integrity of Copa America.

ALSO READ: Lionel Messi: Argentina Superior To Brazil And Deserved To Be In Copa America Final

"Said accusations represent a lack of respect for the competition, all the football players involved and the hundreds of professionals of CONMEBOL, institution that since 2016 has been tirelessly working to transparent, professionalize and develop South American football."

Messi was dismissed when Chile's Medel reacted angrily to a challenge and repeatedly bumped into the Barcelona star with his chest.

Neither Medel nor Messi raised their hands and the Chile man was the clear aggressor in the incident as both players saw red.

There was a VAR check but referee Mario Diaz de Vivar did not look back at the footage on the pitch-side monitor.

When asked why he was not on the pitch for the medal ceremony, Messi told reporters: "Because we don't have to be part of this corruption, this lack of respect towards the whole Copa."

Messi added: "I always tell the truth. That leaves me calm. Then, if what I say has repercussions, it is not to do with me as I am always sincere."