Defending Calcutta Football League champions Mohun Bagan, undoubtedly, were the superior team with Joseba Beitia brilliantly leading the attack in a 4-4-1-1 formation but V P Suhair let the team down missing a couple of sitters Vs East Bengal in what was the season's first Kolkata derby at the Salt Lake Stadium. 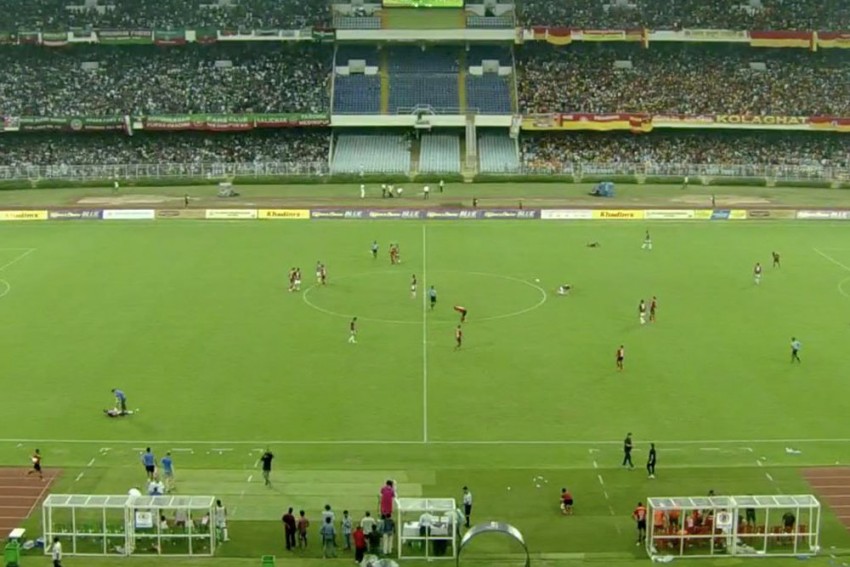 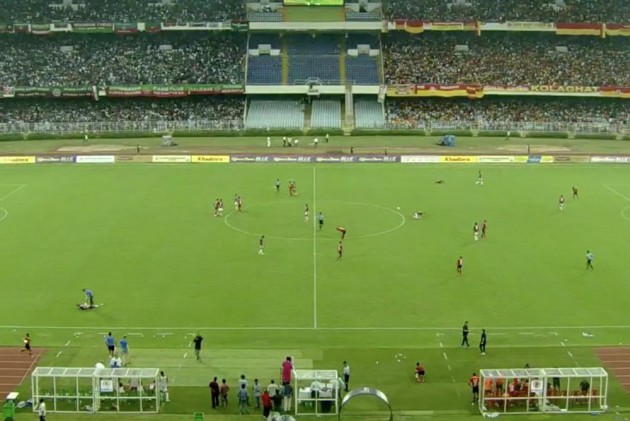 Defending champions Mohun Bagan dished out a dominant display but were held to a goalless draw by East Bengal in the high-voltage derby of the Calcutta Football League Premier Division A in Kolkata's Salt Lake Stadium on Sunday.

Mohun Bagan, undoubtedly, were the superior team with Joseba Beitia brilliantly leading the attack in a 4-4-1-1 formation but V P Suhair let the team down missing a couple of sitters in what was the season's first Kolkata derby at the Saltlake Stadium.

East Bengal midfield looked unorganised especially in the first-half but their defence manned by Marti Crespi did not give any chance to their arch-rivals to come out with a point.

East Bengal now have seven points from four matches to occupy fourth place in the table.

The defending champions, on the other hand, are languishing in the relegation zone at ninth spot with five points from four outings in the 12-team standings.

A fortnight ago, Suhair had scored an extra-time brace at the same venue to guide Mohun Bagan to the Durand Cup final but he seemed to have a bad day in office on Sunday.

The best chance Suhair got was in the hour's mark when he found himself at the handshaking distance of East Bengal goal but only to shoot wayward.

Then again in the 43rd minute, Suhair surged in with East Bengal defence nowhere in sight as he attempted a grounded shot from inside the box but it went straight to East Bengal goalkeeper Lalthuammawia Ralte.

Alexander Romario could have killed the game in the 91st minute after he received a curling cross from Beitia but he failed to find the back of the net.

The earliest chance Mohun Bagan got was in the 15th minute when captain Gurjinder Singh's header from a swinging freekick by Beitia went outside the far-post.

It was end-to-end action in the second half with East Bengal pressing the attack but a goal eluded them as well.

In the 59th minute, Ralte found himself in the close range but could not connect well with Debjit Majumder out of position.

Moments later, Mohun Bagan had their best chance in the first hour's play but Suhair missed the target just in front of the goal.

It was Ashutosh Mehta who gave a fine low cross from the right which needed a simple tap-in but Suhair squandered the sitter.

With 20 minutes left on the clock, East Bengal coach Alejandro Menendez brought on his key players, Jaime Santos and Bidyasagar Singh, but they too failed to make any impact.

In the second half stoppage time, Beitia once again set it up with a curling cross but substitute Alexander Romario failed to make it count in what was their last chance.