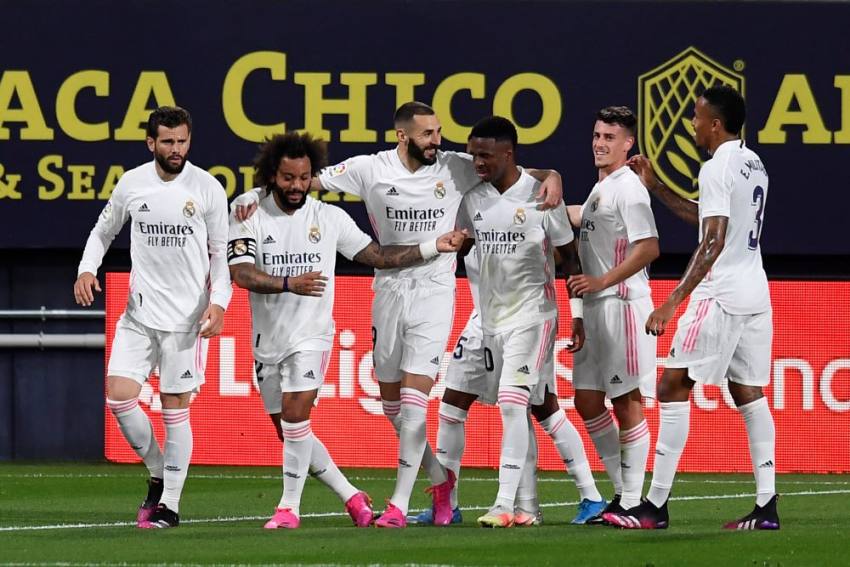 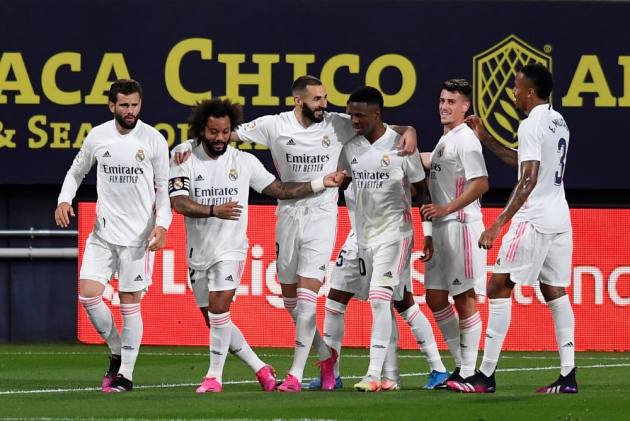 Madrid president Florentino Perez was perhaps in need of a distraction after spearheading widely condemned plans for a proposed – and now suspended – European Super League in recent days.

Zinedine Zidane refused to comment on the issue during his pre-match news conference and, though Madrid's off-pitch troubles look set to rumble on, they were superb on the field on Wednesday.

Perhaps inspired by Leeds United's act of defiance before Monday's Premier League clash with Liverpool, Cadiz's players wore t-shirts protesting the premise of a Super League prior to kick-off.

Yet Madrid hardly seemed affected, and their quality told in the 30th minute.

Referee Antonio Miguel Mateu Lahoz initially failed to spot Isaac Carcelen's foul on Vinicius Junior, but changed his decision after consulting with VAR, and Benzema buried the resulting penalty before turning provider for Madrid's second goal when he crossed for Odriozola to head in.

88 - Karim Benzema has made 88 assists in @LaLigaEN, becoming the @realmadriden player with the most assists in the competition in the 21st century (Cristiano Ronaldo , 87). Delicatessen. pic.twitter.com/JojpdSFOlc

Benzema should have had his second assist when he cushioned a header down for Casemiro, only for the midfielder to blaze over.

However, Benzema made no such mistake when Casemiro returned the favour with a delicate cross – the Frenchman glancing a deft header into the left-hand corner.

Anthony Lozano, who scored in the reverse fixture, should have pulled one back for Cadiz before the hour, but headed wide from three yards out.

Benzema's sublime flick through to Marcelo almost crafted another goal, but the visitors settled for three as Zidane claimed a win which means he has now beaten all 28 LaLiga teams he has faced as Madrid boss.

What does it mean? Super LaLiga title race

Cadiz's shock win at Madrid earlier in the season is the type of story a potential Super League could well have put an end to.

That defeat was one of several results that set Madrid back in the first half of the campaign, but they have rallied to be top – albeit on a head-to-head record against Atleti – heading into their final six games.

Sevilla are just three points behind, while Barcelona will be within two if they beat Getafe on Thursday. Why would you want to rip this up?

Benzema has now scored against all of the 35 teams he has faced in LaLiga, equalling Raul's Madrid record.

The 33-year-old also registered his 88th league assist for Los Blancos, overtaking former team-mate Cristiano Ronaldo as the Madrid player to have teed up the most LaLiga goals in the 21st century.

Reports emerged during Wednesday's match that Perez would later be appearing on Spanish radio show El Larguero, with the European Super League no doubt on the Madrid president's agenda.

Zidane insisted he would not get involved in commenting on the proposal, and there were few signs his team had suffered any distraction due to the issue, as they dominated possession (60.9 per cent) and attempted 228 more passes, with Cadiz only really threatening through Lozano's header and a late strike from Ruben Sobrino.

Twenty-two of the 35 LaLiga teams that have earned at least 70 points after 32 games played became champions at the end of the season (62.9%, three points for a win).

Miguel Munoz is the only Madrid coach to have beaten more teams in LaLiga (30) than Zidane (28 out of 28).

Benzema has scored six braces in LaLiga this term, his best tally in a single LaLiga season for Real Madrid (level with the 2011-12 campaign).

Benzema has been involved in at least three goals in a single game for the 26th game in all competitions, 16 of them in LaLiga. Only Barcelona's Lionel Messi (84) Cristiano Ronaldo (51) & Luis Suarez have done so more often in the competition this century.

Real Betis are next up for Madrid on Saturday, while Cadiz travel to Real Valladolid.