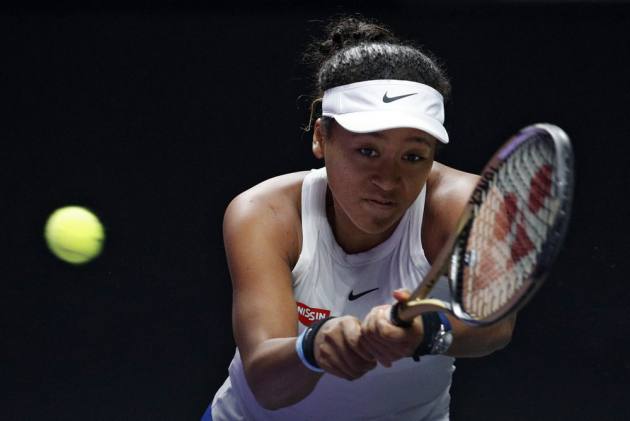 Bertens was on the attack in the second but lost control in the decider when she began to struggle with her first serve.

It was a more straightforward affair for fifth seed Kvitova, who downed American qualifier Jennifer Brady 6-4, 6-2.

Kvitova, a two-time Wimbledon champion who won her first WTA title in Brisbane in 2011, was in superb touch against Brady, who beat Maria Sharapova and Ashleigh Barty in the first two rounds but was never in the hunt.

"I didn't serve well at all the first game, but since then I served much, much better and that's helped me a lot through this match today for sure," Kvitova said.

"My body's still not falling apart yet, so that's good as well." Osaka, who burst to stardom by winning consecutive Grand Slam crowns at the 2018 US Open and 2019 Australia Open, will next play either defending champion Karolina Pliskova or unseeded American Alison Riske.

Kvitova faces Madison Keys, who cruised past fellow American Danielle Collins 6-4, 6-1 to secure her berth in the final four.

Collins seemed flat after two impressive victories in the opening rounds and her opponent never ceded control of the match.

"I don't think Danielle played her best tennis today, but I think I did a really good job taking care of my side of the net," Keys said.

"I served well, returned fairly well, especially in the second set. So I think overall it was just a pretty solid match."