Brazil Vs Ecuador, Venezuela Vs Peru, Live Streaming: When And Where To Watch Final Copa America 2021, Group B Matches 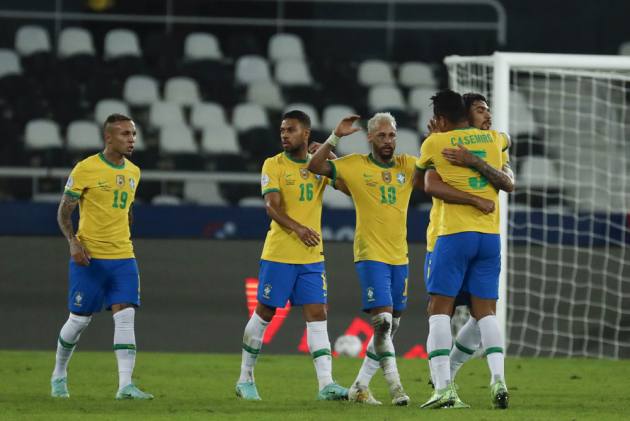 Defending Copa America champions Brazil are on a roll. They have won three in three and are assured of winning Group B before meeting either Paraguay, Chile, or Uruguay in the quarter-finals. (More Football News)

But before that, the Selecao face Ecuador, who are facing elimination, in their final group game, Nothing less than a win will do justice to the talent and firepower the hosts have.

Brazil started their title defence with 3-0 drubbing on Venezuela, then blanked Peru 4-0. But Tite's side escaped with a 2-1 win over Colombia thanks to two late goals, including Roberto Firmino's controversial equaliser.

Colombia, who sensationally won their maiden title in 2001 at home without conceding a goal, are finding it tough this term. They enter the match as the fourth-placed team with a couple of points, just ahead of Venezuela on goal difference. They lost to Colombia (0-1), played out a draw with Venezuela (2-2), followed by another 2-2 draw with Peru. With Venezuela playing Peru in their final group game at the same time, Ecuador need a result in their favour when they meet Brazil.

Head-to-head: Brazil have lost only twice to Ecuador in their previous 33 meetings. They have won 27 times, and were held to draws four times. Ecuador's last win against Brazil was a 1-0 win in 2004, in a World Cup qualifier.

In another Group B match, Venezuela take on Peru. As things stand, Peru are third with four points after three matches (one win, one defeat, one draw), while Venezuela are fifth with two points from three (one defeat and two draws).

Head-to-head: Peru have dominated this particular fixture, winning 20 times in 35 meetings. Venezuela have won eight times. Seven matches have ended in draws, including the last three matches -- 2-2, 2-2 and 0-0.