The buildup had been all about Youssoufa Moukoko, who was eligible for his debut after turning 16 on Friday. 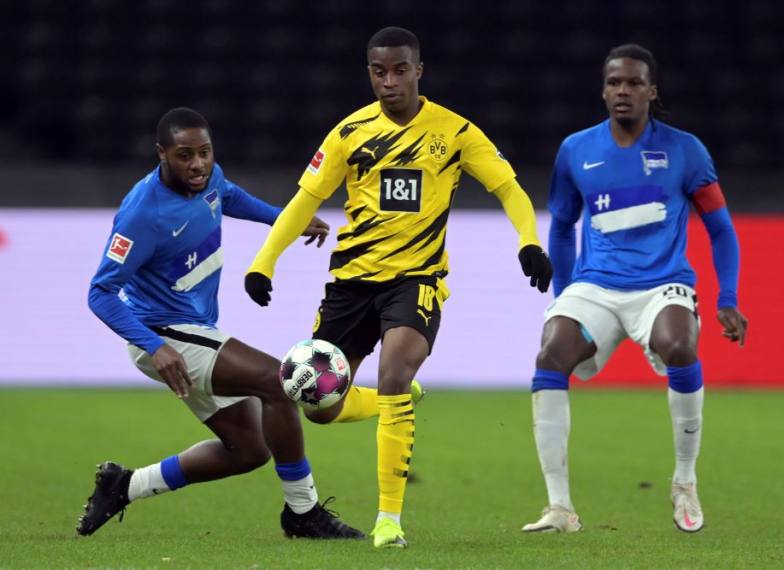 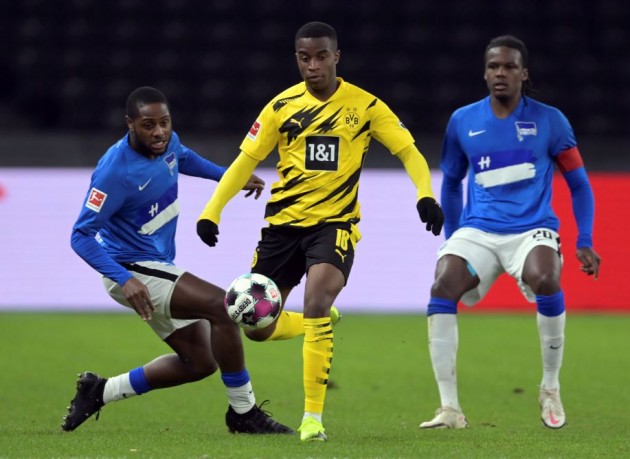 The buildup had been all about Moukoko, who was eligible for his debut after turning 16 on Friday. But Haaland stole the show on a cold night in Berlin on Saturday  before making way for the youngster's debut in the 85th minute.

"I think he's the biggest talent in the world right now. 16 years and one day, that's quite amazing. He has a big career ahead of him," Haaland said about Moukoko to ESPN.

The first half was a hard-fought contest between two teams determined to close down the other's space. Dortmund dominated possession but struggled to find gaps in Hertha's committed defense.

In contrast, Hertha's Dodi Lukebakio was allowed too much room when he surged forward in the 33rd minute and Matheus Cunha let fly from outside the penalty area to break the deadlock.

It was a different story after the break. Haaland very quickly equalized when Emre Can sent a low cross to the far post for the Norwegian to convert from close distance.

Hertha was still recovering when Julian Brandt surged down the left and played a clever ball in to set up Haaland for his second in the 49th.

A careless back pass from Marvin Plattenhardt led to Haaland's third goal in the 62nd. Haaland got ahead of Omar Alderete and rounded the goalkeeper to complete his hat trick.

Cunha pulled one back with a penalty in the 79th, but Haaland replied a minute later with his fourth, set up by the 17-year-old Jude Bellingham.


COMEDY GOAL
Bayer Leverkusen goalkeeper Lukas Hradecky will not be allowed to forget his own-goal that saw Arminia Bielefeld equalize without having had a shot on goal.
Hradecky slipped as he attempted to kick out Daley Sinkgraven's back pass. He only brushed the ball as it continued into his goal for Bielefeld to equalize early in the second half.

Leipzig was held 1-1 at Eintracht Frankfurt and dropped to fourth.