In the other upset of the day, last edition's runner-up Saketh Myneni sent sixth seed Evgeny Donskoy of Russia packing with a 6-3 6-3 win, while qualifier Abhinav Shanmugam prevailed over the fancied Daniel Masur of Germany 7-5 6-3 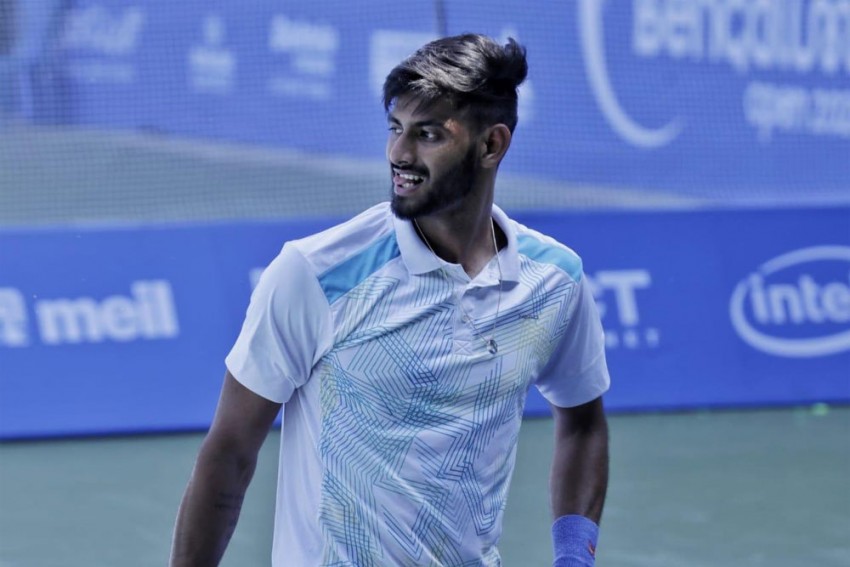 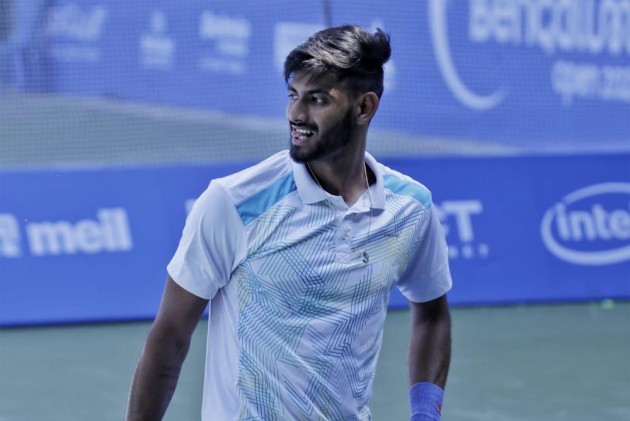 National champion Niki Poonacha recorded the biggest win of his career by knocking out Lukas Rosol from the Bengaluru Open on Tuesday. (More Tennis News)

"I am thrilled to have reached this stage of a Challenger event which was my dream since the last year. And having beaten a seeded player I am even more happy," said Poonacha.

In the other upset of the day, last edition's runner-up Saketh Myneni sent sixth seed Evgeny Donskoy of Russia packing with a 6-3 6-3 win, while qualifier Abhinav Shanmugam prevailed over the fancied Daniel Masur of Germany 7-5 6-3.

After a gruelling opening round on Monday, Poonacha, although tired, pulled himself along and broke Rosol in the 10th game to take the first set.

The 34-year-old Rosol, who was once ranked 26th in the world and having the reputation of beating the likes of Rafael Nadal at the Wimbledon in 2012, achieved breaks in the fifth and seventh games and served out the set.

An early break in the second game of the decider saw the match turn in Poonacha's favour.

"After I broke him, I was determined to just hold my serve and I am happy that I did. I don't even know whom am I playing in the next round but I hope to keep the rhythm going," he said.

Myneni, ranked 192, got broken in the third game and was down 1-3 in the next. However, he came back strongly to win the next five games on the trot with breaks in the 6th and 8th games to take the first set.

Myneni, who has been flirting with injuries for the last two years, broke the Russian in the third game to gain an advantage and broke again in the ninth to take the set and the match.