England stunned Australia at Headingley in 2019 thanks to Ben Stokes, who watched his astonishing innings all over again on Saturday 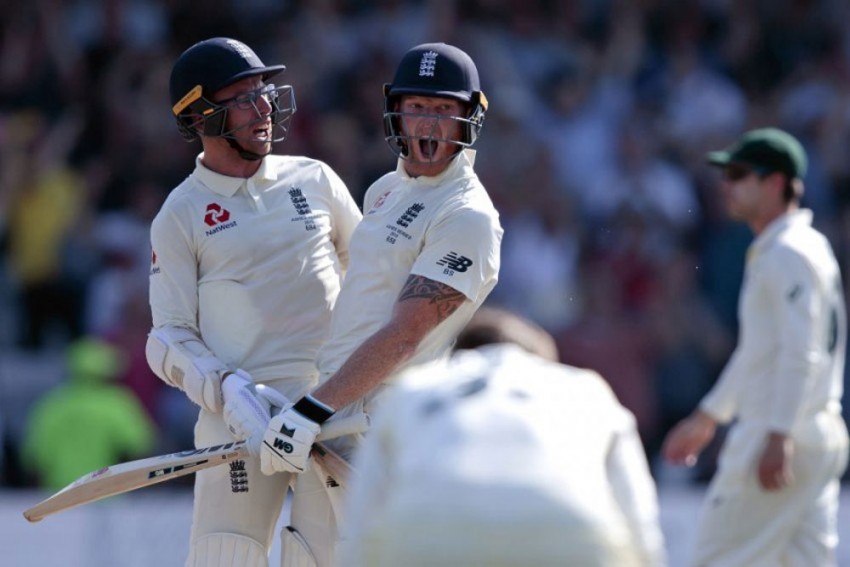 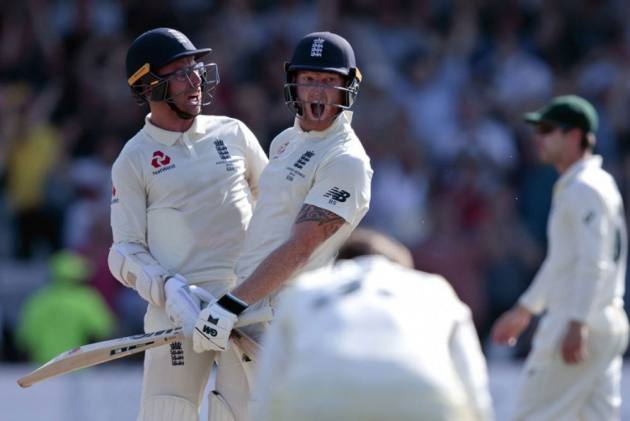 Ben Stokes admitted all those involved with the England team will never forget what happened at Headingley in 2019 after he watched back the dramatic conclusion to the third Ashes Test. (More Cricket News)

As the footage played out in full, the all-rounder provided a unique insight into what was going through his mind as he dragged his side to an improbable one-wicket triumph, aided by one not out from number 11 Jack Leach.

Stokes, meanwhile, finished up unbeaten on 135 as the hosts reached a victory target of 359, an astonishing achievement considering they had been nine down in their second innings with 73 runs still required.

"It's always going to be great memories, one of the great days – not just out on the field but memories we will always have together as a group," Stokes said on Sky Sports after the moment was aired of him hitting the winning boundary through the covers.

"The changing room is sacred as a cricketer – that evening after this day was just sensational.

"Us, as a group of players, the support group and team management, will always be able to look back at that day, on the field with what happened and then also memories we created in the changing room. It's awesome, so good."

Not sure my nerves can take this again @SkyCricket. I might just wait for the end & join in with the celebrations... @benstokes38

Both Stokes and Root admitted they were sweating while taking in the action despite already knowing the outcome, though the former had to look away at the moment when Australia missed the chance to run out Leach with two runs needed.

Nathan Lyon had been unable to claim the throw but thought he had redeemed himself with a loud lbw shout in the same over, only for umpire Joel Wilson to turn down the appeal. The tourists had already used up their final review too, denying them the opportunity to challenge a decision that would have been overturned with the aid of DRS.

"Joel Wilson will always have a special place in my heart for that moment," Root joked.

Stokes, however, remained convinced it was always missing, adding: "Going down leg, mate. It doesn't spin."

Asked to recall his thoughts immediately after the victory, skipper Root - who contributed 77 in the successful chase - replied: "Relieved. Extremely proud of Ben as well.

"The journey he had been on the year before, for him to be the centre of everything was perfect for him. He's a massive part of the team and the dressing room and I couldn't have been prouder of him."

Australia lost in Leeds but still went on to retain the Ashes in the next game, beating their rivals at Old Trafford. The series finished 2-2, England victorious in the final Test at The Oval.