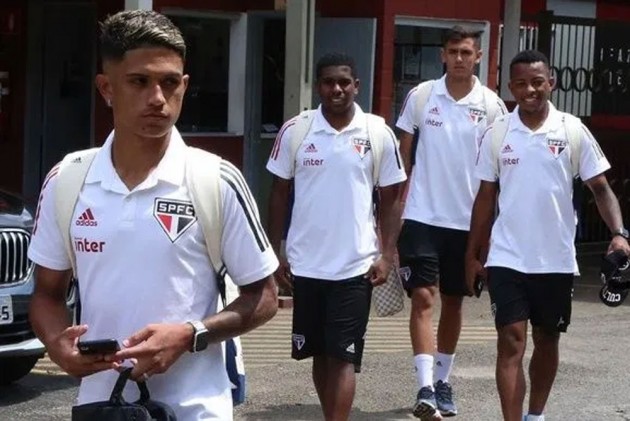 Barcelona will activate a purchase option on Sao Paulo teenager Gustavo Maia this June, according to the player's agent. (More Football News)

Maia's performances in the Copa Sao Paulo – Brazil's most prestigious youth tournament – at the start of the year drew the eye of LaLiga's champions and led to them agreeing to part with €1million for the option to sign him before the end of this month.

The 19-year-old winger, who was nearly sent on loan to Flamengo last year, became a father in December and overcame personal issues to force his way into the starting line-up at the Copinha, where he scored three goals in seven games.

Barca are required to pay an additional €3.5m to sign Maia permanently and his representative Danilo Silva is confident it will happen.

"We are sure Barcelona will complete the purchase," he told Radio Transamerica in quotes reported by Globo Esporte.

"There was already a signal from the club and [on Monday] Maia started private Spanish lessons to get more prepared.

"Other clubs came to us in the last few months but he never had any doubt, he always wanted Barcelona."

BH CUP: São Paulo beat Grêmio 4-0 and moved on to the quarterfinals! #MadeInCotia

Sao Paulo director Alexandre Passaro said they have not yet been notified that Barca wish to purchase Maia, however.

"Whether he will go to Barcelona or not, we can't be sure, because they have until June 30 to notify us and they still haven't," said Passaro.

"The last time I spoke to them they said everything is very uncertain.

"LaLiga set the restart of games for June 11. Who knows, they may give us a signal in the next 30 days to find out whether Maia is going or not."