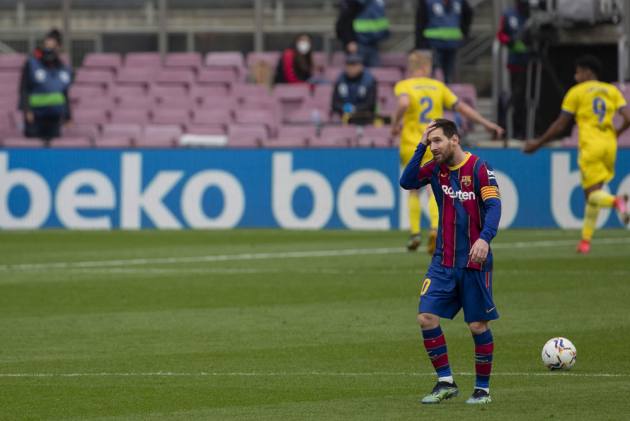 Barca followed up their 4-1 home defeat to PSG in the last 16 first-leg clash on Tuesday with a 1-1 draw in LaLiga against relegation-threatened Cadiz.

Lionel Messi marked his record 506th LaLiga game for the club with a 32nd-minute penalty, but Alex Fernandez levelled from the spot late on after Clement Lenglet was adjudged to have fouled Ruben Sobrino.

The draw meant Barca missed the chance to pull within six points of league leaders Atletico Madrid, who were beaten at home by Levante on Saturday.

"It is disappointing," Koeman said. "These types of games have to be won and we did not.

"It was a great opportunity lost after the loss of Atletico. I am very disappointed, more so than on Tuesday.

"We could not afford to let two points get away. I don't like to blame individual players but we were not up to the task offensively and we have to defend differently. For our quality, we had to win.

"The lead was very narrow and they could equalise at any time, which is what happened. You leave the door open for them to draw at the end if you don't kill the game and score the second.

"It was difficult for us to create opportunities because they were behind the ball and there was no space. We lacked freshness in attack."

Barcelona have failed to keep a clean sheet in eight successive games across all competitions for the first time since 2015.

Despite their issues at the back and the eight-point gap to the summit, Koeman is not giving up hope of Barca posing a serious challenge to Atletico.

"We can still do something," he added. "There is no team that wins games easily.

"But we must recognise that opportunities like this cannot be missed anymore. I don't think it is unforgivable, but it was an opportunity to close the gap.

"[The league] is not more complicated than before. No team is unbeatable, nor are they going to win every game. There are still options. But we have dropped two important points."