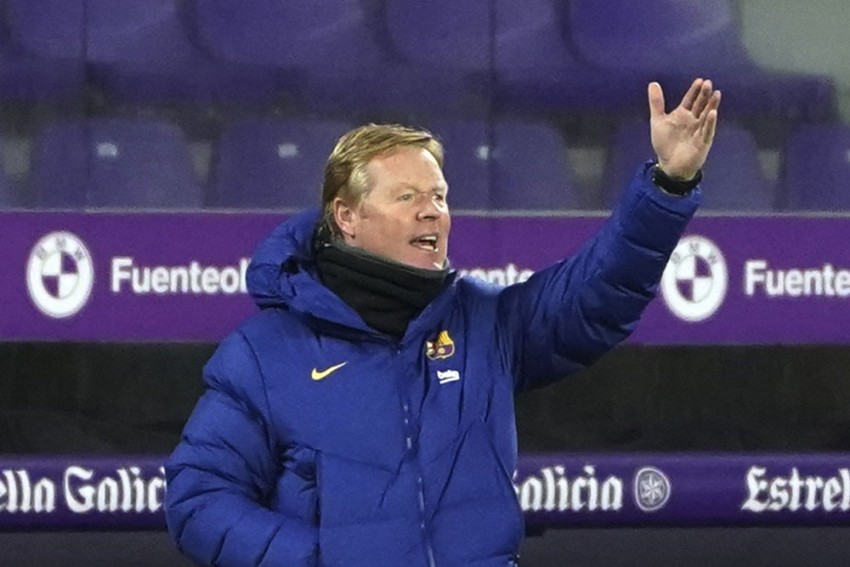 After the Levante game, where the hosts came from 2-0 and 3-2 down to snatch a point, Ronald Koeman said he understood questions over his future as head coach.
File Photo
Stats Perform 2021-05-16T10:00:03+05:30 Barcelona Did Not Throw Away La Liga, Says Embattled Ronald Koeman 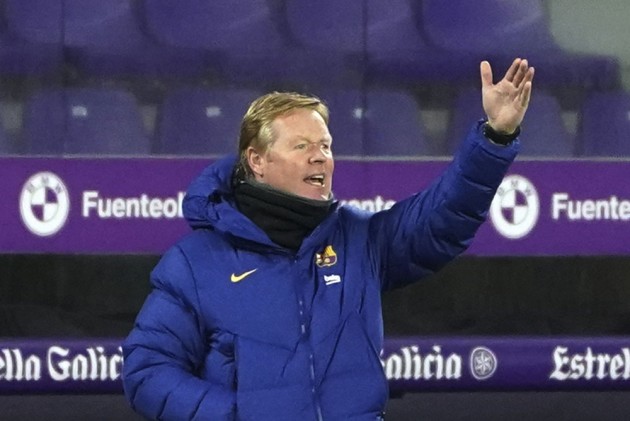 Ronald Koeman has launched a staunch defence of Barcelona's season, insisting his team did not throw away their shot at LaLiga glory. (More Football News)

Tuesday's dramatic 3-3 draw at Levante means Barca go into this weekend's match against Celta Vigo four points behind leaders Atletico Madrid with two games to play, having won one of their past four top-flight outings.

After the Levante game, where the hosts came from 2-0 and 3-2 down to snatch a point, Koeman said he understood questions over his future as head coach.

However, he was in a more strident mood when previewing the Celta game, insisting Barca's run of 19 LaLiga games unbeaten – beginning in December and ending with April's Clasico loss at Real Madrid – and their Copa del Rey success should be the main marker of this campaign, as opposed to the recent collapse.

"We didn't throw it away," he said. "We made a comeback that cost us a lot of effort.

"Atletico and Real also lost points. It's true that we lost a big chance against Granada [a 2-1 home defeat at the end of last month after Lionel Messi put Barcelona ahead], but we're talking about one match.

"It is important to believe and continue, trying to win and hope. Our chances of winning are small but we still have some and it is about winning our games.

"In the past two weeks I have felt mistreated. We won the Copa, we recovered 12 points in LaLiga.

"If you look at the press in recent days, it seems that we did a very bad job and I do not agree with that."

5 - Barcelona have lost more points from winning positions than any other team in LaLiga since MD 32 (three vs Granada and two against Levante). Tired. pic.twitter.com/N7AJbpPLEk

Koeman went on to insist he retains the support of the dressing room at Camp Nou and similarly dismissed suggestions he should be disappointed by the efforts of his players.

"I am not disappointed with my players. For them it has also been a very difficult year," he said.

"There are five or six players who have missed 35 or 40 matches in all competitions. We were only able to sign one player.

"The fans have seen a team that has played fantastic games, which has shown to be very hungry, recognising that sometimes we do not win key games, such as Levante in the second half.

"The team has a future. If we can sign what we think is missing to take the next step, we can be excited about next year."

On the subject of his own future, Koeman claimed that had not been on the agenda during a meeting with club president Joan Laporta this week.

"I can't explain much, we talked about the latest results, the team and we meet to talk [again] after the season," he added.