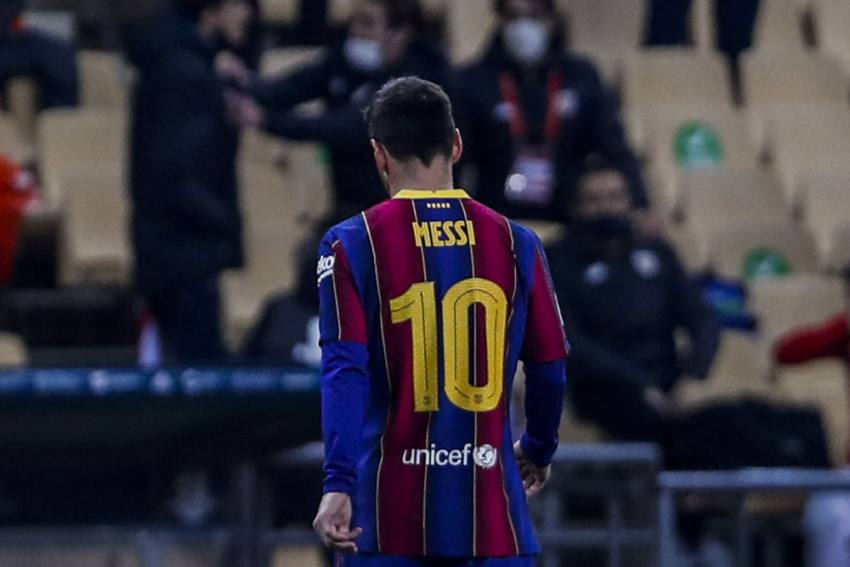 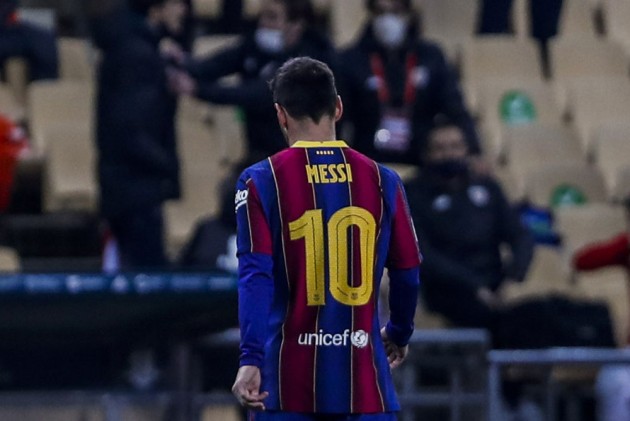 Messi saw red for the first time in his illustrious club career as embattled LaLiga giants Barca were upstaged 3-2 by Athletic after extra time in Seville on Sunday.

After Athletic star Inaki Williams struck in the third minute of extra time, Messi swung at Asier Villalibre in an off-the-ball incident that was spotted by VAR and referee Jesus Gil Manzano brandished a red card.

Messi – who has been tipped to leave Camp Nou amid links with Manchester City and Paris Saint-Germain – is facing a lengthy suspension, but Barca head coach Koeman defended the 33-year-old.

"I can understand what Messi did," Koeman said afterwards.

"I don't know how many times they fouled him, and it's normal to react when they keep trying to foul you as a player who is looking to dribble with the ball, but I need to see it again properly."

Messi, who was fouled eight times against Athletic, recovered from a minor injury to return to Barcelona's line-up in his 753rd appearance for the Catalan club.

"Leo, after so many years in the elite of football, knows perfectly if he is in condition or not," Koeman said.

"We spoke before, he said he was in condition to play the game, he has given his maximum and nothing else."

Antoine Griezmann scored twice for Barca, including the 40th-minute opener, but his goals were cancelled out on both occasions at Estadio de La Cartuja.

Williams stepped up with a sublime goal as Barca – third in LaLiga and seven points adrift of leaders Atletico Madrid – missed out on their first title under Koeman, who replaced Quique Setien ahead of the 2020-21 campaign.

"We are sad, disappointed by the result," Koeman added. "We played the final to win and not to lose that, yes. But there is no time to get off. We'll be playing soon, there's a cup and a league, there's no time for regrets.

"We have done positive things, we have improved. We have failed in the goals received. We have to be more forceful in defence. We must defend better in the area and not let the opponents think, they cannot control, turn and shoot easily. We can improve.

"My work ... I give the maximum I can. My work is not very good if we had won, nor very bad for losing. We are on the way, there are positive things, although losing today is very hard."