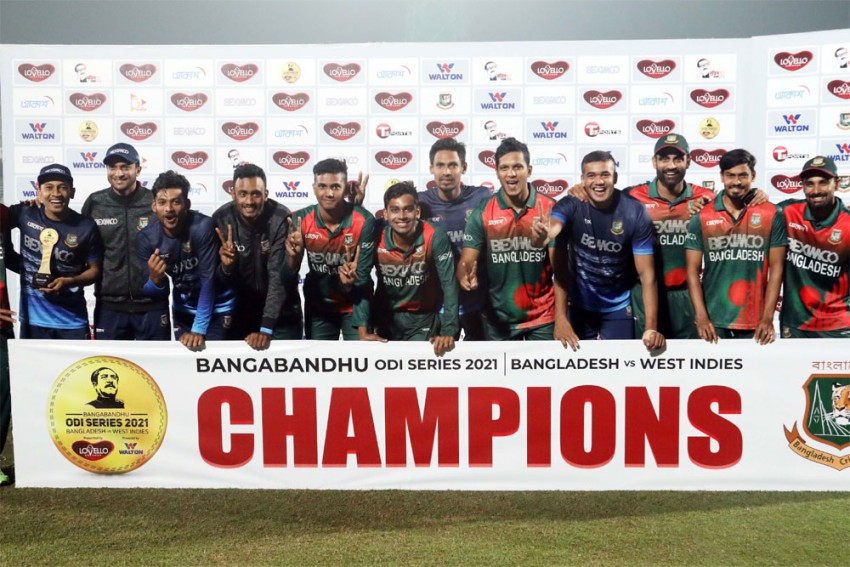 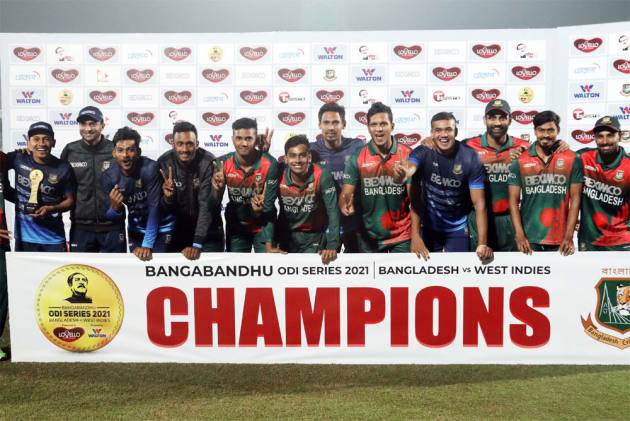 Bangladesh completed a clean sweep of the West Indies by securing a 120-run victory Monday in the third and final One-Day cricket International.

The West Indies, however, were bowled out for 177 in 44.2 overs, with Bangladesh’s bowlers denying them any significant partnerships.

"The hunger that the boys showed, coming back into international cricket after such a long time, was appreciable," Tamim said.

"But we wanted a hundred from our top five, and today was an opportunity. We couldn’t get that."

Tamim scored 64 from 80 balls at the top of the order to establish the innings while Mushfiqur Rahim and Mahmudullah paced the innings toward the end. All three scored 64.

Shakib hit a patient 51, his first half century since returning to cricket following a suspension imposed by the International Cricket Council for his failure to report corrupt approaches.

Bangladesh lost Liton Das without scoring in the first over before Nazmul Hossain was trapped lbw by Kyle Mayers for 20, leaving Bangladesh at 38-2 in ninth over.

A 93-run third-wicket stand between Tamim and Shakib steadied the innings.

Mahmudullah and Mushfiqur Rahim shared 72 off 58 balls for the fifth wicket to keep the scoring rate up.

"I think our performance has been under par," West Indies coach Phil Simmons said.

"We limited them under 300 on this wicket, which is good. Our batting has been poor throughout the series."

Bangladesh fast bowler Mustafizur Rahman denied West Indies a fluent start in its pursuit of a stiff chase. He broke through with the wicket of Kjorn Ottley before removing Sunil Ambris (13) for the third time in a row in the series.

Off-spinner Mehidy Hasan and Saifuddin then ripped through the middle order, reducing the visitors to 93-5.

Rovman Powell counter-attacked and hit 47 off 49 balls with two fours and two sixes to be the team’s top-scorer.